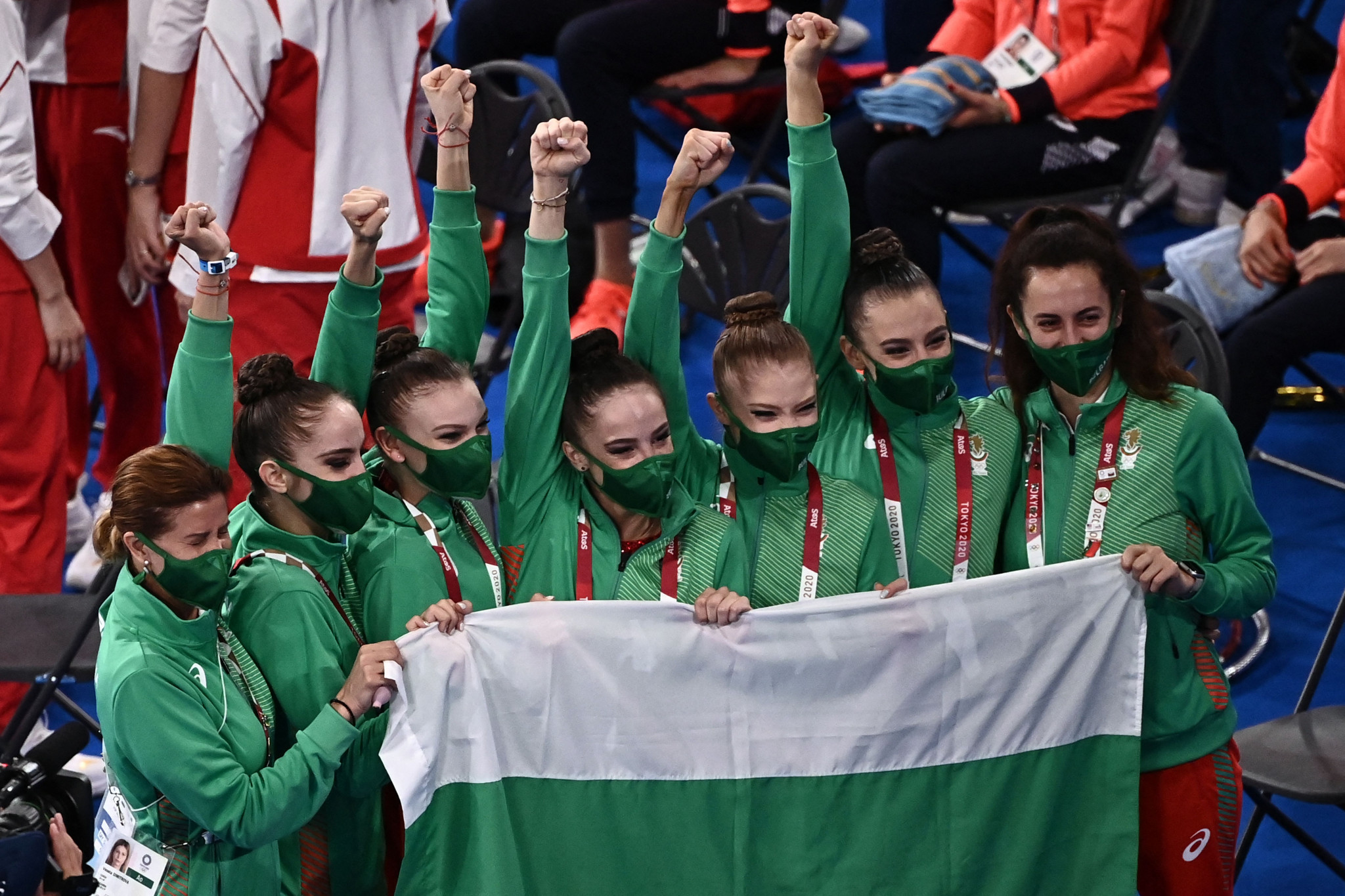 Bulgaria were crowned as Olympic group all-around gold medallists as rhythmic gymnastics came to an end on the final day of Tokyo 2020.

The team of Simona Dyankova, Stefani Kiryakova, Madlen Radukanova, Laura Traets and Erika Zafirova were awarded the best score from the judges for both disciplines contested.

Russia had won this title for the past five Olympic Games - last missing out at Atlanta 1996.

The ROC team of Anastasiia Bliznyuk, Anastasiia Maksimova, Angelina Shkatova, Anastasiia Tatareva and Alisa Tishchenko had to settle for silver as they received the second best marks for both disciplines.

They were given 46.200 with the five balls to end behind the Bulgarians after the first rotation, and then went last with the three hoops/two pairs of a clubs in a bid to leapfrog into gold.

The ROC, which has described the individual all-around victory of Israel's Linoy Ashram over its gymnast Dina Averina yesterday as an "injustice", will surprisingly leave Tokyo 2020 with no golds in rhythmic gymnastics.