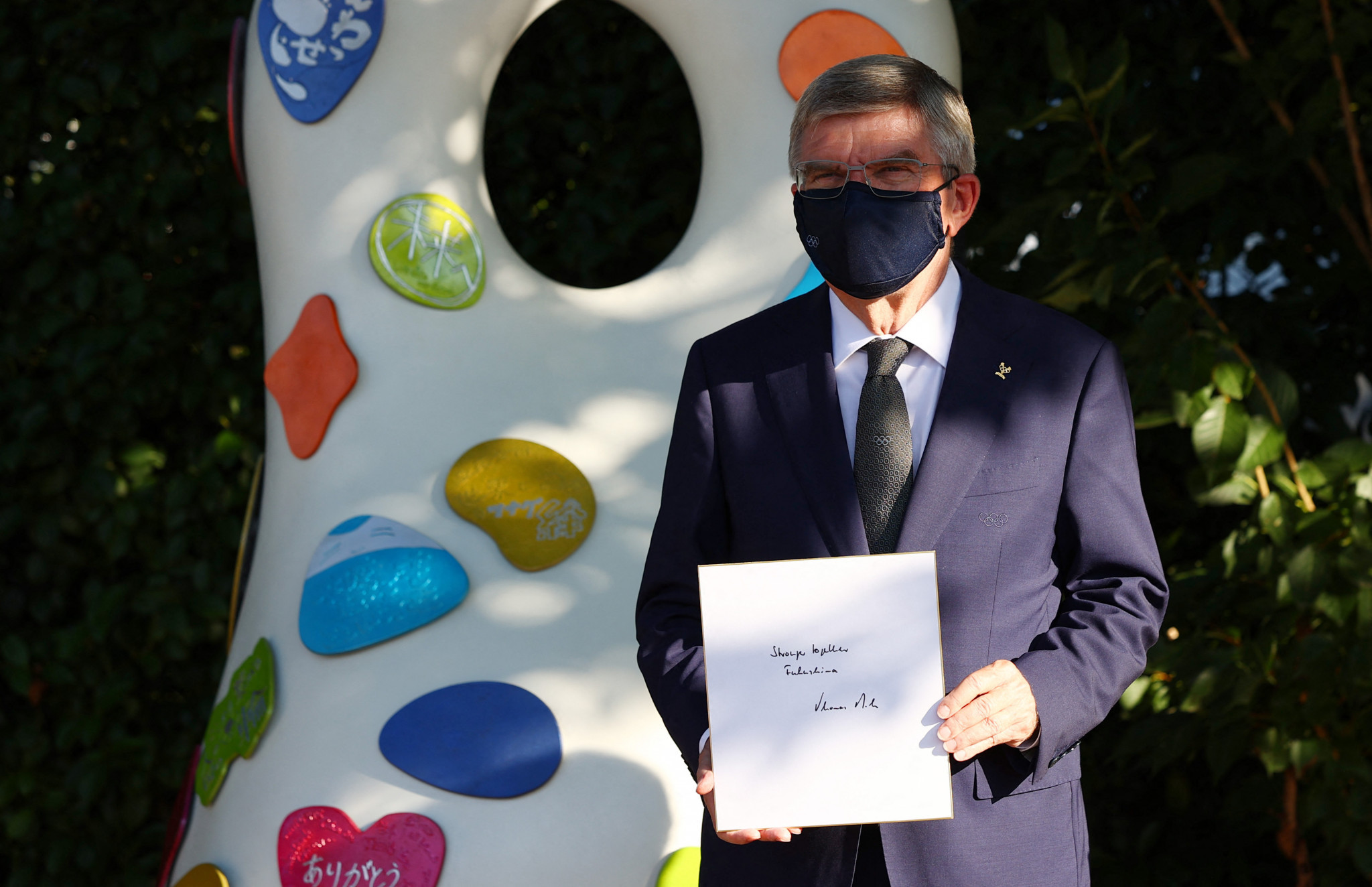 Bach said: "The Olympic Games Tokyo 2020 are a symbol of resilience.

"They were awarded in the aftermath of the Great East Japan Earthquake to be Games of recovery and reconstruction.

"These Games are a symbol of the resilience we have when we are united in solidarity.

"They are a demonstration that we are always stronger together."

In a short ceremony also attended by monument designers Tsukushi Oka and Shione Fukui, Bach received goodwill messages from schoolchildren in the affected prefectures, who had suggested how the monuments should look when taking part in special sessions held in their schools.

The monuments include messages from the prefectures and competing athletes.

The three monuments stand over two metres in height.

They were constructed from recycled aluminium used for the windows in emergency accommodation in the aftermath of the tsunami and earthquake.

They were "conceived as a project connecting the world and the areas hit by the 2011 Great East Japan Earthquake and devastating tsunami, offering support for the recovery from the disaster," Tokyo 2020 said.

The project had been organised by Tokyo 2020, working with the Tokyo Metropolitan Government, Tokyo University of the Arts (Geidai), the affected prefectures and Games sponsor Lixil Corporation.

The monuments are currently installed in front of the Meiji Memorial Picture Gallery in Tokyo but will be moved later to permanent sites in the three prefectures.