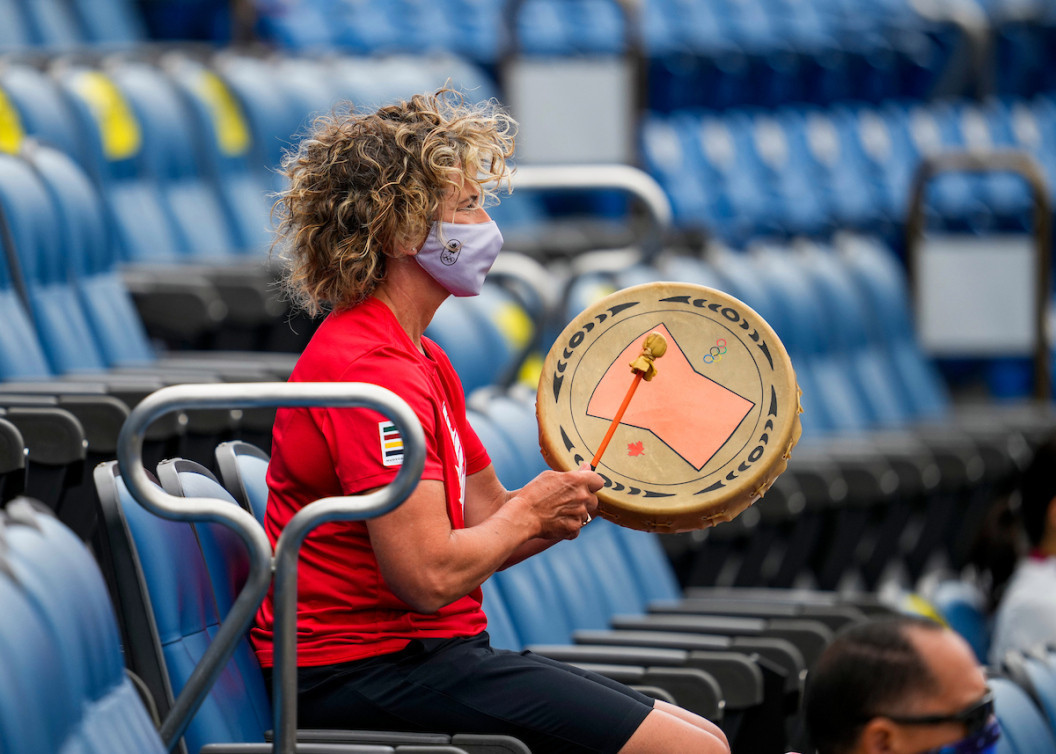 A special drum gifted to Marnie McBean, Canada's Chef de Mission for Tokyo 2020, by the Squamish Nation is being heard at Olympic venues each day at Tokyo 2020.

The drum was gifted by Tsewtsáwḵen -or Tewanee Joseph - and family.

"I had wanted a drum so that Team Canada could hear that someone was there for them," said McBean.

"When I asked Tewanee if this was an appropriate use - he said that it would be and that a drum represents the heartbeat of a community.

"I knew then this was for friends and family so that their heartbeat could resonate across stadiums.

"I don’t always know if the athletes can hear it, but I know the families would be making noise - so I make as much noise as I can."

Joseph was chief executive of the Four Host First Nations for the Vancouver 2010 Winter Olympic Games.

"Being called to 'witness' in the Coast Salish tradition is a sacred honour and carries responsibilities and duty," Joseph said.

"As a witness, they are to listen and watch the traditional work that is taking place.

"They are to carry the messages back to their home community and to their family and friends.

"Around the rim of the drum is the eye of the creator and the ancestors looking down upon Marnie, the athletes and Team Canada," added Joseph.

"In the centre is a Kwakwaka’wakw copper shield.

"This represents wealth, honour and respect.

"The maple leaf represents the athletes and the rings of the Tokyo Games.

"The drumstick includes the colour orange to stand together in strength, respect, solidarity and family."