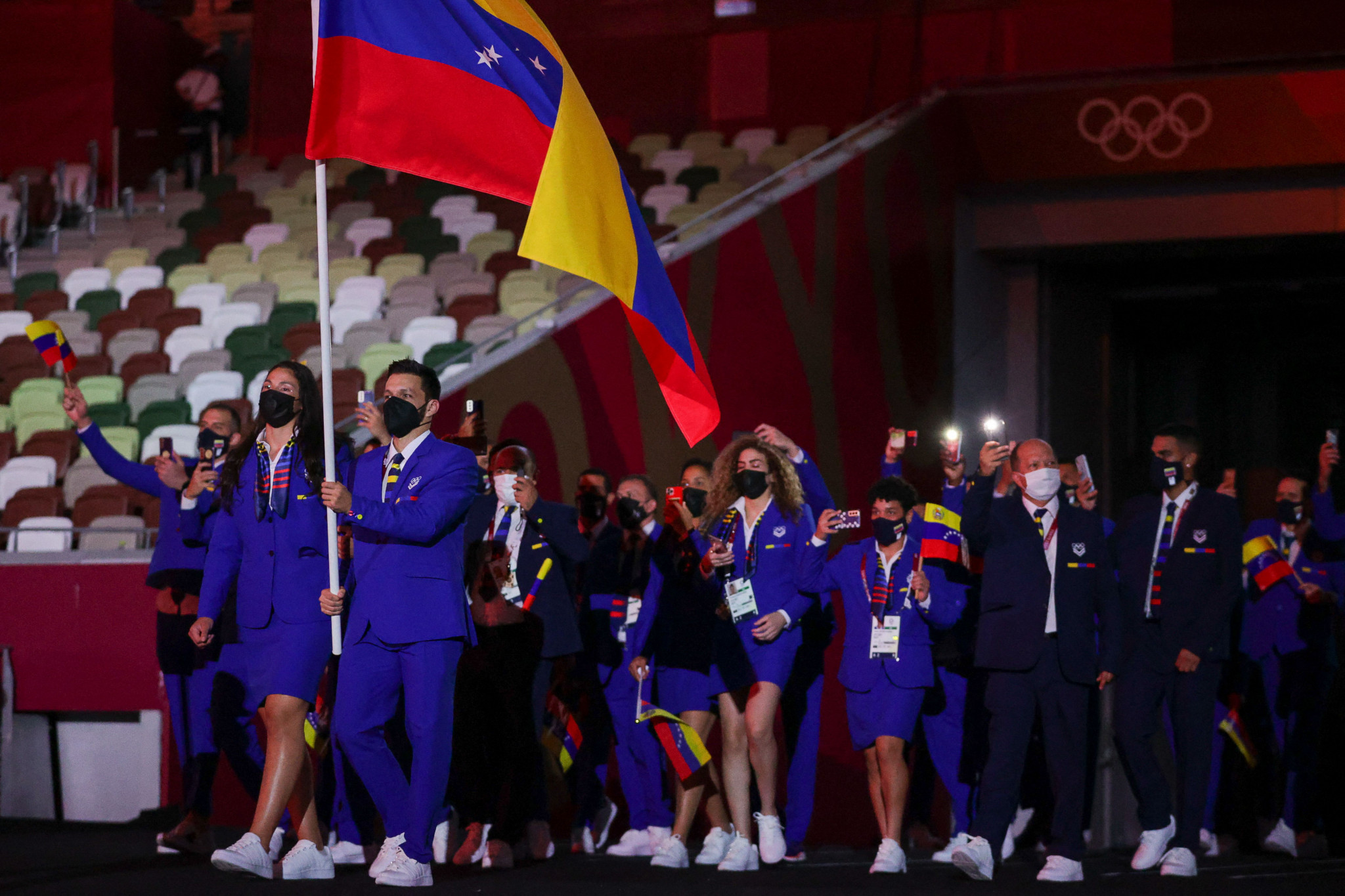 Karate legend Antonio Diaz served as flagbearer at the Opening Ceremony for his country Venezuela as the sport debuted at the Tokyo 2020 Olympic Games.

Diaz, now 41, has recorded eight podium finishes at the World Karate Championships and 22 Pan-American medals in kata during a glittering career.

He holds a Guinness world record for most medals won at the World Championships, where he won gold at Belgrade 2010 and Paris 2012.

However, with karate appearing for the first time in the Olympics at Tokyo 2020, this is the first opportunity he has had to represent Venezuela on the highest sporting stage,

The men’s kata event is scheduled to take place on Friday (August 6) at the historic Nippon Budokan.

Diaz, along with judoka Karen León, led the South American country’s contingent which features 44 athletes at the Opening Ceremony, and shared his pride at being granted the honour.

"Even before the start of the flag parade, I was feeling tremendously happy," said Diaz.

"I was reading all the messages, tweets, and comments on social media of people I have never met but who were thrilled for seeing me there, and because they love karate so much, they could find a little piece of them at that inauguration through me."

Diaz had planned to retire after the originally planned date for Tokyo 2020, but pushed his plans back a year when the Games were postponed.

Although he felt some disappointment at the absence of spectators from the karate events, the chance to appear at the Olympics is one Diaz is truly grateful for.

"This will be my last kata competition, and I told my wife that I felt some regret to do it without an audience," he admitted.

"She told me that I would never have such an audience being televised at the Olympics.

"I want to continue giving a show, to give my career a true Hollywood ending because I want to see karate again at the Olympic Games.

Antonio Espinós, the President of the World Karate Federation, also felt proud at having a representative of the sport serving as a flagbearer at the Japan National Stadium.

"We couldn’t have asked for a better ambassador for karate at the Opening Ceremony," said the Spaniard.

"He is tremendously well-respected among the karate community for his kata, that goes without saying, as he is one of the best kata athletes in the history of our sport.

"His outstanding list of honours is there to attest to this fact.

"Moreover, he is even more esteemed for his great personality and kindness.

"A true legend is not just created on the field of play but also outside the competition area, and this is where Antonio really stands out.

"His courage, dedication, perseverance, and sympathy are the perfect showcase of the values of karate."

Julio Mayora’s silver in the men’s 73-kilograms weightlifting is Venezuela’s only medal so far at Tokyo 2020.