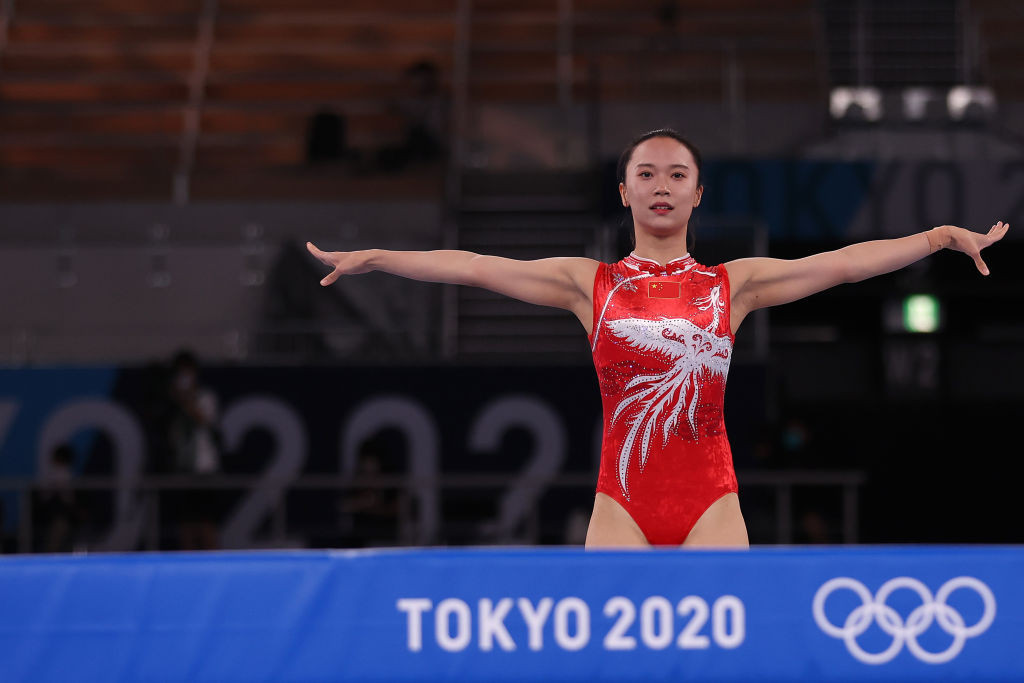 Zhu Xueying clinched the first major individual international title of her career as she edged out compatriot Liu Lingling to seal the women's trampoline gold medal at the Tokyo 2020 Olympic Games here today.

Zhu, silver medallist at the 2018 World Championships, topped the podium at Ariake Gymnastics Centre after her routine was rewarded with a score of 56.635 points.

The 23-year-old had thrown down the gauntlet to Liu, the former world champion and Asian Games gold medallist who was the last of the eight gymnasts to perform.

Liu fell short of her team-mate as she scored 56.350, with Britain's Bryony Page earned her second consecutive Olympic medal as she took bronze on 55.735.

Two-time defending champion Rosie MacLennan of Canada finished outside of the podium places in fourth on 55.460.

Victory for Zhu saw her become just the second Chinese Olympic women's individual trampoline champion, following in the footsteps of He Wanna, gold medallist in the event at the 2008 Games in Beijing.

It is also the first time a country has claimed gold and silver in a trampoline event at the Olympics.

"The most important thing was to keep myself calm," Zhu said.

"Even though it was the Olympic Games, I tried to treat it like another competition so I wouldn’t put pressure on myself.

"If I treated it as a different one, it would give me huge mental pressure."

China will have another shot at gold in the men's final, scheduled to take place tomorrow.

Four-times world champion Gao Lei is among the top athletes in the field for the competition, with Uladzislau Hancharou of Belarus set to attempt to defend the Olympic title he claimed in a surprise victory at the 2016 Games in Rio de Janeiro.