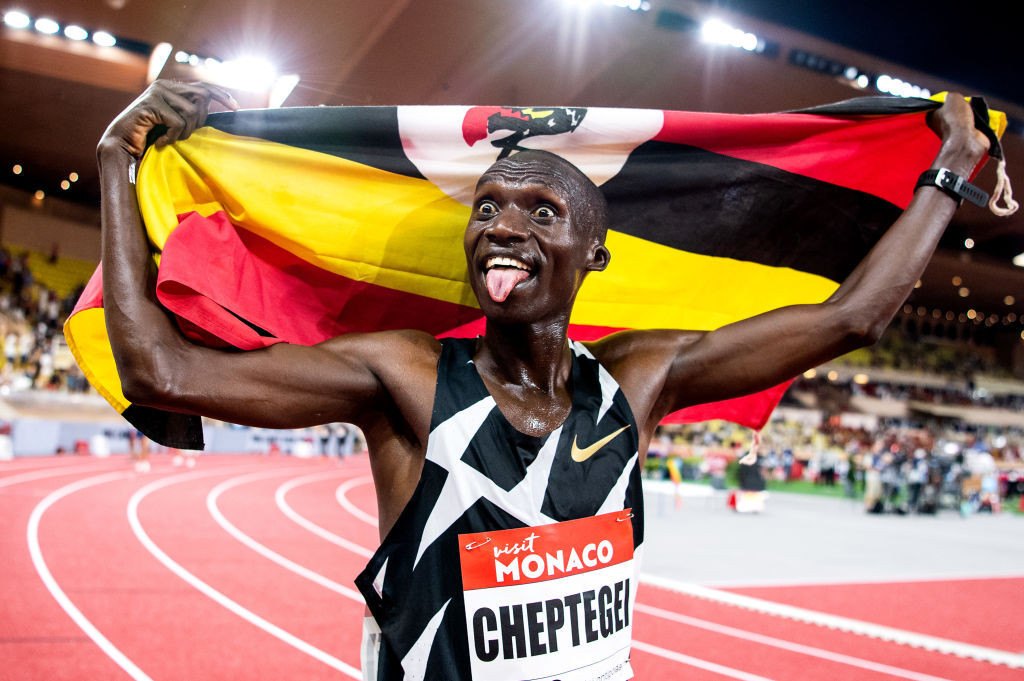 Achieving a world record at the Olympic Games is the ultimate track and field achievement, but as the athletics programme gets underway tomorrow morning at the Olympic Stadium in Tokyo, a little short of five years since the last one in Rio de Janeiro, it is prospective personal rivalries that command attention.

There will be serious a rivalry in the only final due to take place tomorrow, the men’s 10,000 metres, despite the fact that the Rio 2016 and London 2012 champion, Britain's Sir Mo Farah, will be absent following his failure to qualify.

In the field, however, will be two huge Ugandan talents in 24-year-old Joshua Cheptegei, who last year broke the world records for 5,000m and 10,000m, and his 20-year-old compatriot Joseph Kiplimo, who beat him in winning the World Half Marathon title in Poland last year and stands seventh in the all-time list for the longer distance.

Kiplimo’s timing of 26min 33.93sec in Ostrava on May 19 was the fastest this year and the second-fastest time over the distance since 2008, moving him to seventh on the all-time list.

Other serious contenders in tomorrow night’s final include Ethiopia’s 21-year-old Selemon Barega, who won the Ethiopian trials in 26:49.51, and his 23-year-old compatriot Yomif Kejelcha, world 10,000m silver medallist behind Cheptegei in Doha.

Unlike so many Olympic occasions, it is the women’s rather than the men’s 100m and 200m that contains a greater degree of fascinating factors.

Fraser-Pryce's 10.63 put her second on the all-time list behind the 1988 world record of 10.49 set by the late Florence Griffith Joyner of the United States.

Olympic and world 400m medallist Jackson, who is concentrating on the shorter sprints this year, has run a best of 10.77.

The 100m entries joining them in having dipped under 10.90 in 2021 are multiple world medallists Marie-Josée Ta Lou of the Ivory Coast and Nigeria’s Blessing Okagbare, while Britain's Dina Asher-Smith has clocked 10.91.

The men’s and women’s 400m hurdles have combusted with interest in recent months.

Norway’s double world champion Karsten Warholm finally cracked the oldest track world record on the books this season - the 46.78 run by Kevin Young of the US in winning the 1992 Olympic title in Barcelona.

Meanwhile a younger rival has established himself in the form of Rai Benjamin of the US, who stands third on the all-time list with the 46.83 he clocked less than a week before Warholm beat the world record.

At the last World Championships in Doha, Benjamin followed Warholm home for silver, and he will want to go one better in Tokyo.

Meanwhile the women's event is enjoying an all-American rivalry between defending champion Dalilah Muhammad, who set a world record of 52.16s in winning the Doha world title two years ago, and 21-year-old Sydney McLaughlin, who followed her home in that race and lowered the world record to 51.90 in beating her at the US Olympic trials.

Another 21-year-old talent, Femke Bol of The Netherlands, has been looking better and better on the circuit and stands fourth on the all-time list with 52.37.

Sadly the positive COVID-19 test which has kept double world champion and Rio 2016 bronze medallist Sam Kendricks of the US out of the pole vault will rob that event of some creative tension, as will the badly sprained ankle sustained by France’s 34-year-old former world record holder Renaud Lavillenie three weeks ago.

It will be down to the younger men to make Sweden's 21-year-old world record-holder Armand Duplantis work for his first global outdoor title.

It remains to be seen whether the Achilles tendon injury suffered last December by Britain's world heptathlon champion Katarina Johnson-Thompson has diminished her capacity to challenge Belgium’s defending champion Nafissatou Thiam for her title.

Johnson-Thompson has returned to competition but is making up for lost time.

Also getting underway on day one of athletics will be the men’s high jump, with Qatar’s world champion Mutaz Barshim in action, and discus, where Sweden’s Daniel Ståhl will seek to add an Olympic gold to his world version.