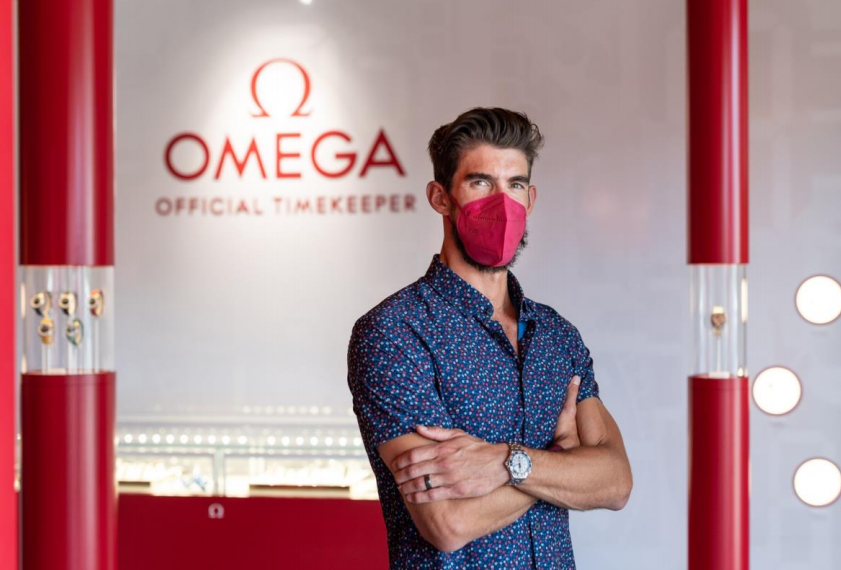 Swimming great Michael Phelps, the most decorated Olympian in history, visited the official showcasing of timekeeper Omega here at Tokyo 2020.

The 23-time Olympic gold medallist describes his relationship with the Swiss company as like a "relative" after it clocked all of his winning times at the Games.

Tokyo 2020 is Omega's 29th time as the official timekeeper of the Olympics.

In 2017, the company signed on as a member of The Olympic Partner programme until 2032.

It has been a part of the International Olympic Committee's flagship sponsorship scheme since 2004.

"Omega has been with me through all of my gold medals, for 21 years," said Phelps.

"The changes made to open water, water polo, climbing.

"Omega really brings the experience to the spectator."

Thirty-six-year-old Phelps, who has 28 Olympic medals in total, retired after Rio 2016.

He said Tokyo 2020 without fans would be "weird" and added: "I'm very excited about what's going to come and hope my presence will inspire the Tokyo 2020 athletes to give their absolute best."

At Beijing 2008, Phelps was adjudged to have beaten Serbia's Milorad Čavić to gold in the 100 metres butterfly by one hundredth of a second.

The result remains controversial and was challenged at the time by Serbia, before being confirmed in the American's favour.

It was suggested that Čavić actually arrived first but Phelps applied more force to activate the touchpad.

"To win by one hundredth of a second is incredible," said Phelps, who wore an Omega Tokyo 2020 watch during his visit.

"Omega had the technology to prove it and I'm very grateful, because it may not have been possible to judge with the naked eye."