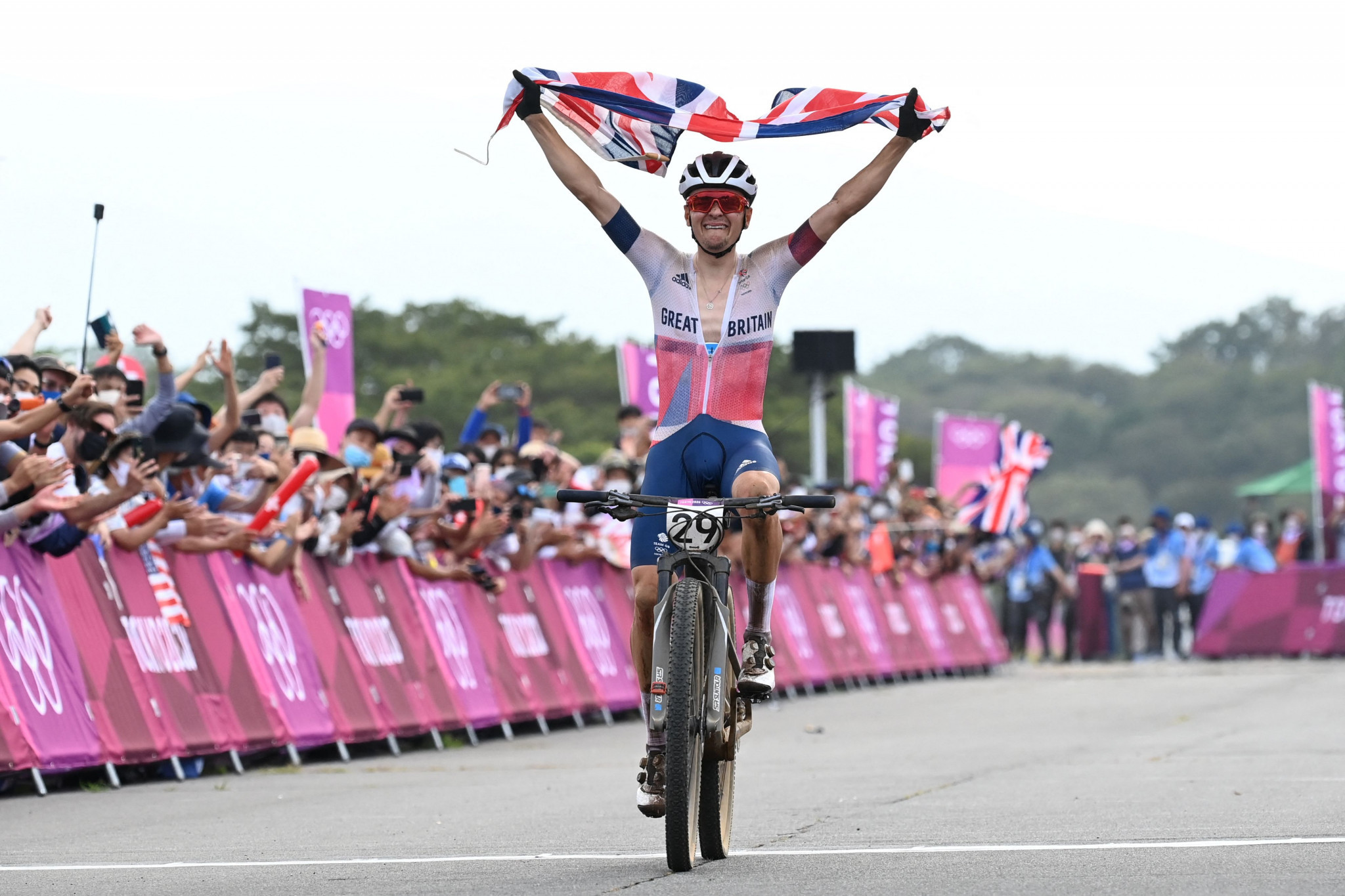 The 21-year-old avoided a crash involving Mathieu van der Poel on the opening lap of the competition, which effectively ended the Dutch star’s challenge at the Izu mountain bike course.

Pidcock tracked the Swiss pairing of Mathias Flückiger and defending champion Nino Schurter during the opening laps of the competition.

The Briton, who has won age-group world titles in cyclo-cross, mountain bike and on the road, went on the offensive in the third lap.

He first shook off the challenge of Schurter, before opening up a gap to International Cycling Union (UCI) Mountain Bike World Cup leader Flückiger.

Pidcock continued to extend his lead in the final four laps to clinch victory in a time of 1 hour 25min 14sec.

He had established himself as a potential contender for gold when he claimed Britain’s first UCI Mountain Bike World Cup victory for 27 years in May.

Pidcock was forced to overcome the blow of breaking his collarbone last month after being hit by a car, as he returned to training just days after surgery.

"The Olympics just transcends any sport.

"You compete and represent your country and everyone in your country is behind you, no matter in what sports they like.

"It's just national pride, it's unbelievable.

"It's been a such a hard time coming here from crashing and breaking my collarbone and that's just unbelievable."

Pidcock, who will turn 22 on Friday, shaved 79 days off Sweden's Jenny Rissveds' record of being the youngest Olympic mountain bike champion.

Flückiger claimed the silver medal, with the Swiss cyclist crossing the line 20sec after the winner.

Spain’s David Valero Serrano won the battle for bronze ending a further 14 down.

Schurter finished in fourth place, with the defending champion unable to finish on the podium at a fourth successive Olympics.

The multiple world champion won bronze at Beijing 2008 and silver at London 2012, before topping the podium at Rio 2016.