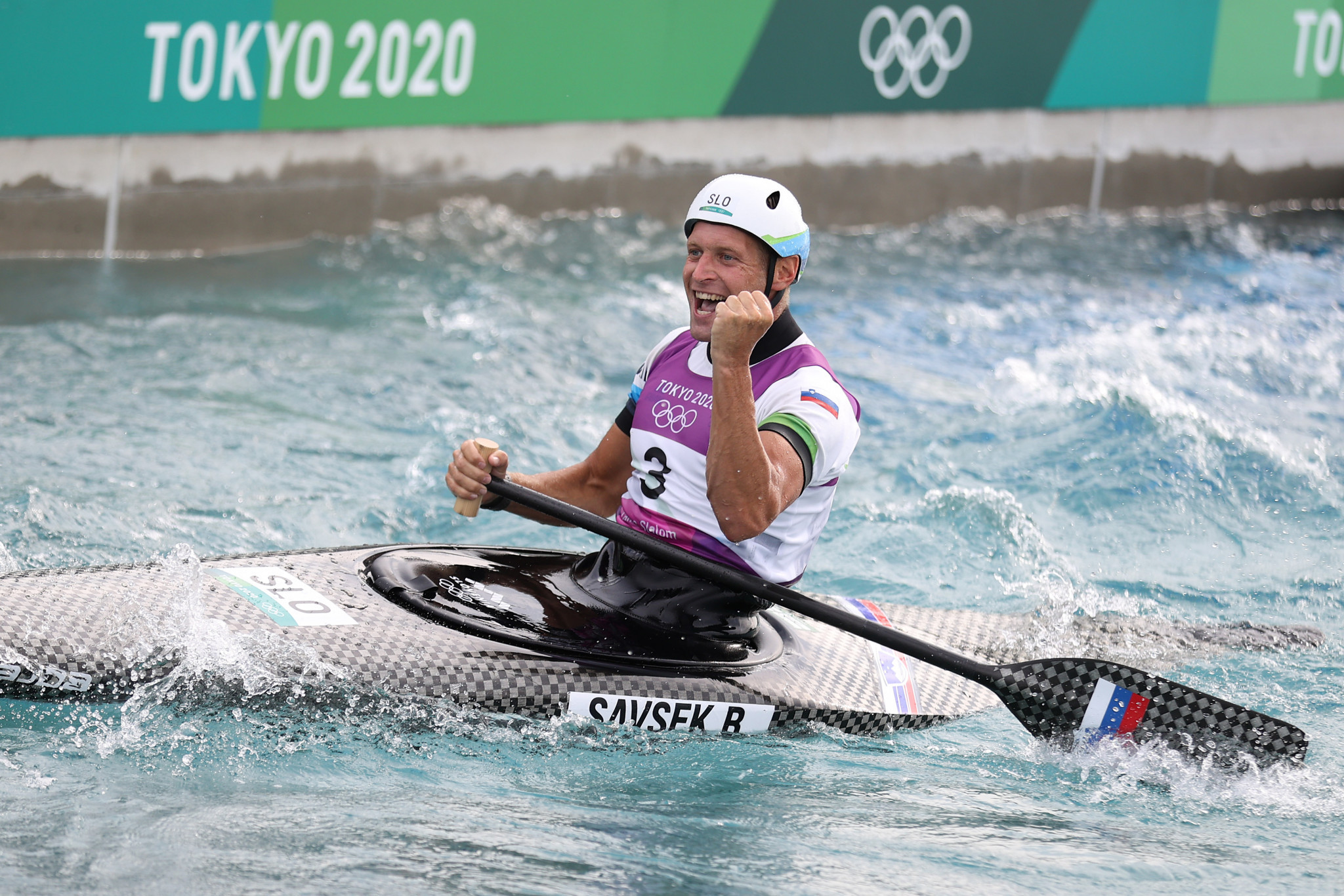 Benjamin Savšek stormed to victory in the men’s C1 canoe slalom competition here today, with Slovenia able to celebrate a maiden Olympic title in the discipline.

Savšek was the sixth to take to the course in the 10-man final, with the pace having been set by world number one Sideris Tasiadis.

The German canoeist, the silver medallist at London 2012, had crossed the line without receiving any penalty seconds in 1min 43.70sec.

Tasiadas’ pace had been slowed on a couple of upstream gates, where he was forced to shift his head to avoid connecting and receiving penalties.

The delays proved costly as Savšek produced a blistering run on the course, with the Slovenian's aggressive effort rewarded with the fastest time.

The 2017 world champion was left to watch his final four rivals to tackle the course.

The Czech Republic’s Lukáš Rohan went closest to challenging Savšek in the next run, as he finished 3.71sec adrift in 1:41.96.

Rohan received two penalties on his run, but it did not prove decisive in the outcome.

It left Savšek celebrating gold as the only canoeist to have breached the 100-second mark on the course.

"I was thinking that maybe this was my last chance, that’s why I was working really hard, just thinking about getting a medal at this Olympic Games," the 34-year-old said.

"This was my goal, and I’m really proud and happy to have done it.

"In our discipline we’ve been waiting for this medal for a long time, and now it’s the first gold medal for canoe slalom and I am really happy and proud.

"We are small, but we have some good sport athletes, we are big in sport."

Rohan matched the achievement of his father and coach Jiri, who won silver medals in the men’s C2 event at the Barcelona 1992 and Atlanta 1996 Olympic Games.

The result also saw Slovakia’s record of a canoe slalom medal at every Olympics since 1996 came to an end, as Matej Beňuš missed out on the podium places.

He finished sixth behind Britain’s Adam Burgess and France’s Thomas.