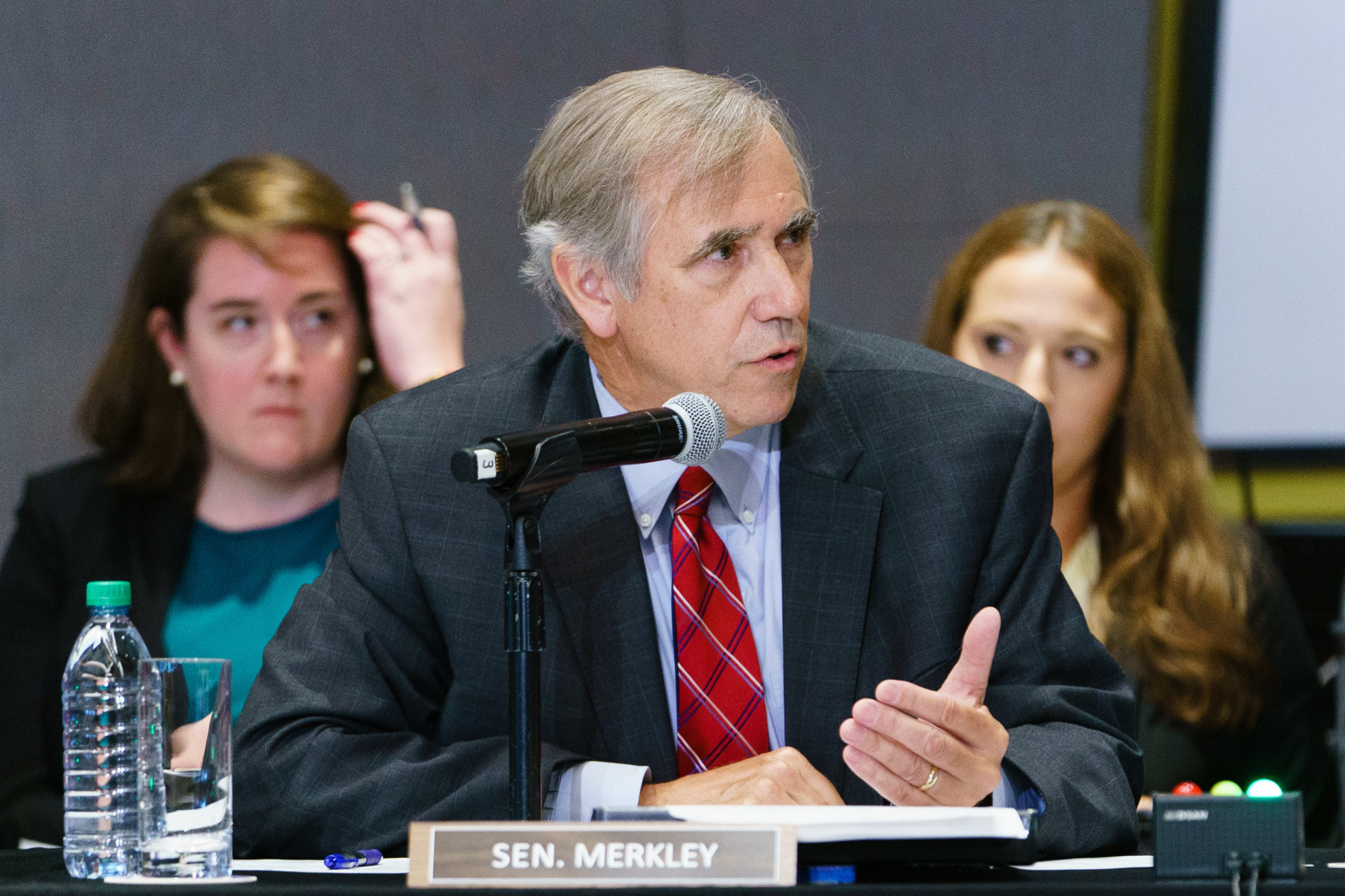 The Congressional Executive Commission on China (CECC) in the United States has ramped up pressure on the International Olympic Committee (IOC) and its US-based sponsors through The Olympic Partner (TOP) programme to change plans for the 2022 Winter Olympic and Paralympic Games to take place in Beijing next February.

A letter to IOC President Thomas Bach calling on him to first postpone and then relocate the Games if China does not address its record on human rights was signed by the CECC'S chairman Senator Jeff Merkley and co-chairman Representative Jim McGovern of the Democratic Party, and Republican ranking members Senator Marco Rubio and Representative Christopher Smith.

The CECC will also host a "Corporate Sponsorship of the 2022 Winter Olympics" hearing on Tuesday (July 27) with US-based TOP sponsors of the event.

The letter claims "no Olympics should be held in a country whose government is committing genocide and crimes against humanity", and called on the IOC to take a much tougher stance than it has previously adopted against the Chinese government over its actions in the Xinjiang region.

The CECC said the IOC did not respond to a 2018 letter which called on the organisation to use its position to exert pressure to improve the situation.

Critics argue that allowing China to stage the event is a tacit endorsement of the regime and not neutrality.

This bipartisan letter calls on the IOC to follow the precedent set by the COVID-19-enforced delay to the Tokyo 2020 Olympic Games, and postpone the Winter Olympics "to allow a period of time for the host government to take concrete steps to end its gross violations of human rights."

It says the Games should then be moved elsewhere should this fail to bring about a major improvement in the human rights situation in Xinjiang.

It adds that proceeding with the Winter Olympics as currently planned would place athletes in a difficult position of balancing their conscience against a desire for competitive success.

Bach previously said the IOC is "not a super-world Government" when asked about China's record on human rights in March, insisting that "a boycott of the Olympic Games has never achieved anything".

Tuesday’s hearing has sees the IOC’s TOP sponsors based in the US invited to discuss how they can help press for human rights improvements in China, and will address potential damage to their reputation by sponsoring the Beijing Games.

A representative from each company has been called as a witness.

It follows a joint hearing with the Tom Lantos Human Rights Commission, "China, Genocide and the Olympics", held on May 18, which discussed how the IOC, sponsors, broadcasters and Governments can press for changes to the situation in China.

Former vice-president Mike Pence recently added his voice to calls for the Games to be moved from Beijing.

Democrat Speaker of the House Nancy Pelosi has said she would back a US diplomatic boycott, but the White House is yet to take a formal stance on the issue.