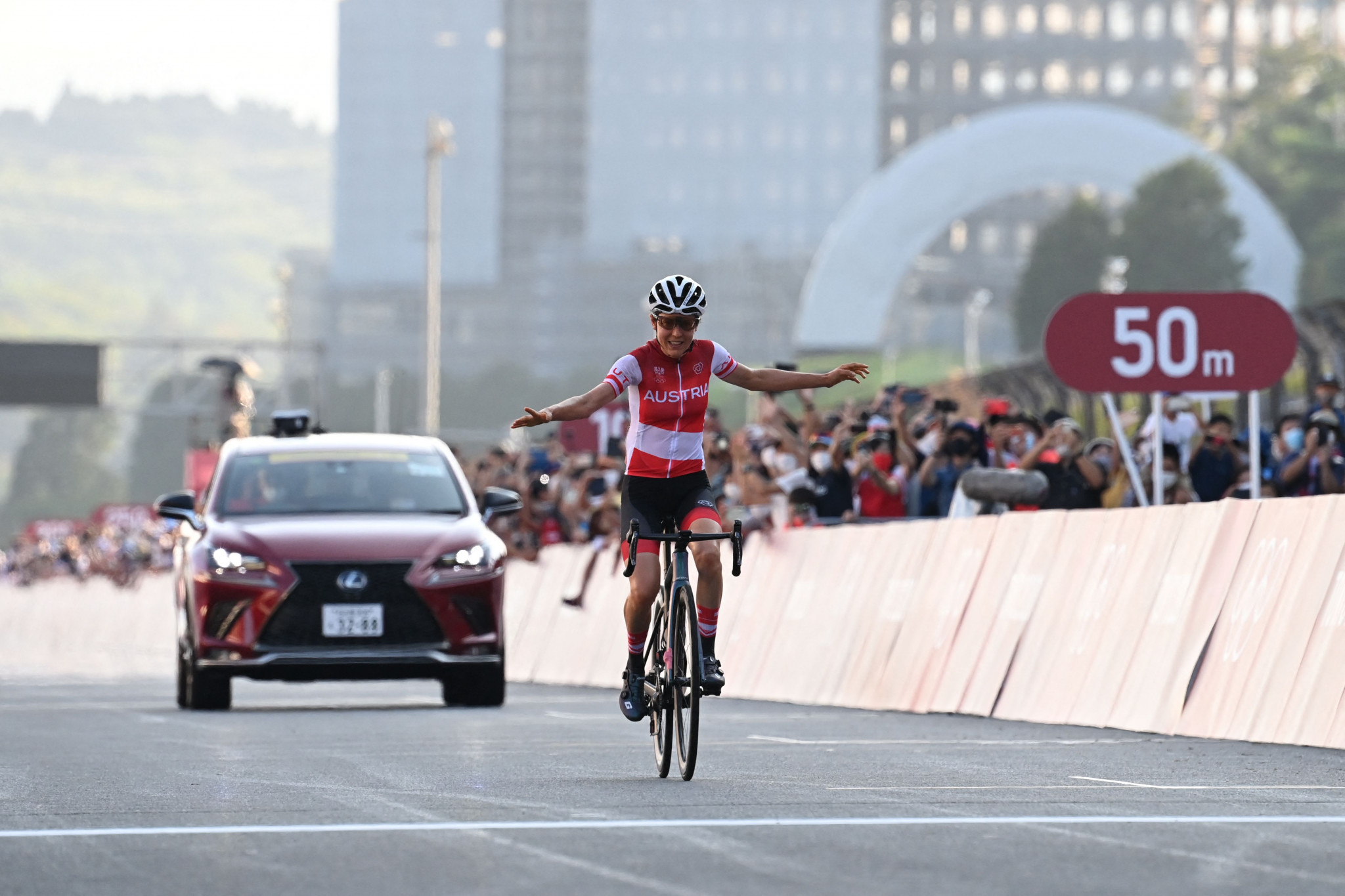 Austria’s Anna Kiesenhofer earned a shock women’s road race gold at Tokyo 2020, having remained clear of the field after a race-long breakaway.

Kiesenhofer was part of a five-rider move that went clear at the start of the 137-kilometre race from Musashinonomori Park to Fuji International Speedway.

The group containing South Africa’s Carla Oberholzer, Namibia’s Vera Looser, Israel's Omer Shapira and Poland’s rider Anna Plitcha were allowed to open up an advantage of over 10 minutes on the peloton.

The leading teams proved reluctant to chase themselves, with the gap remaining consistent.

Annemiek van Vleuten had targeted victory in the race after crashing out when leading at Rio 2016, with the Dutch rider skipping the Giro Donne to focus her preparations on Tokyo 2020.

Van Vleuten crashed again today, only to pick herself up and set off in solo pursuit of the breakaway group.

The Dutch star was reeled in by the peloton, who remained unable to sustainably close the gap to the leading riders.

Kiesenhofer launched a solo bid for victory from the break, with the Austrian time trial champion holding a lead of over four minutes as the race entered the Fuji International Speedway with 12 kilometres remaining.

The 30-year-old, who has no professional contract, held on to clinch the unlikeliest of race wins.

Kiesenhofer crossed the line in a winning time of 3 hours, 52min and 45sec.

The remaining riders in the breakaway were swept up prior to the finish, with Van Vleuten sprinting to second place at 1min 15sec behind the winner.

Van Vleuten lifted her arms in celebration and the 2019 world champion admitted afterwards she thought every rider from the breakaway had been caught and she had won gold.

Italy’s Elisa Longo Borghini completed the podium at 1:29 down.