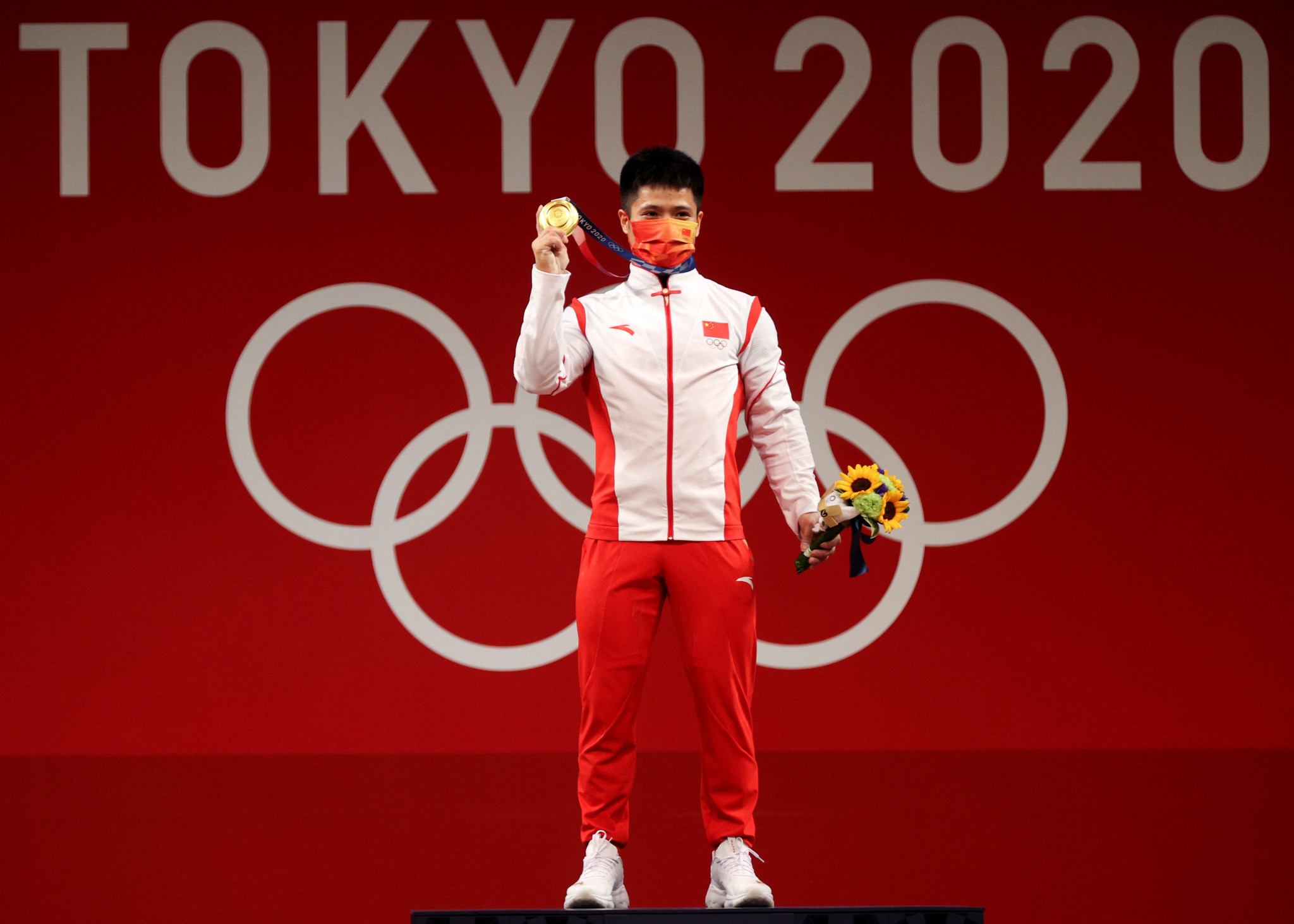 China continued its superb start to weightlifting at Tokyo 2020 by taking gold in the first men’s event.

Li Fabin’s victory in the 61 kilograms division made it two from two for China after Hou Zhihui’s win in the opening contest of Tokyo 2020, the women’s 49kg, on Saturday.

The silver and bronze medals went to Eko Yuli Irawan of Indonesia – his fourth Olympic medal - and Igor Son of Kazakhstan.

Son, 22, and married to an international volleyball player, is the only male lifter from Kazakhstan, which lost quota places because of doping violations.

He had to sit and wait in the backroom as Seraj Alsaleem of Saudi Arabia had two attempts to overtake him and claim the bronze.

Alsaleem dropped his first attempt at 166kg before he got the "down" signal and was left distraught on the platform after failing with his last chance.

The result means that every single medal, all 24 of them, in the lightest bodyweight categories for men and women since the Beijing 2008 Olympic Games has gone to an athlete from Asia.

In making his first clean and jerk, Li had to adjust his balance and briefly stood on one leg, kicking out sideways with 166kg above his head – considerably more than two and a half times his bodyweight.

Irawan, 32, lifted his hopes of finally winning gold when he made his first snatch at 137kg then saw Li miss.

But Irawan then failed with two attempts at 141kg while Li made two good lifts to lead by 4kg at halfway.

Irawan was always playing catch-up from then and failed with his last two clean and jerks.

There was more disappointment for Kim Tuan Thach of Vietnam, who bombed out for the second straight Olympic Games.

Thach, a former world champion, made only one of his snatch attempts and was 15kg behind the leaders going into the clean and jerk, where he missed all three.