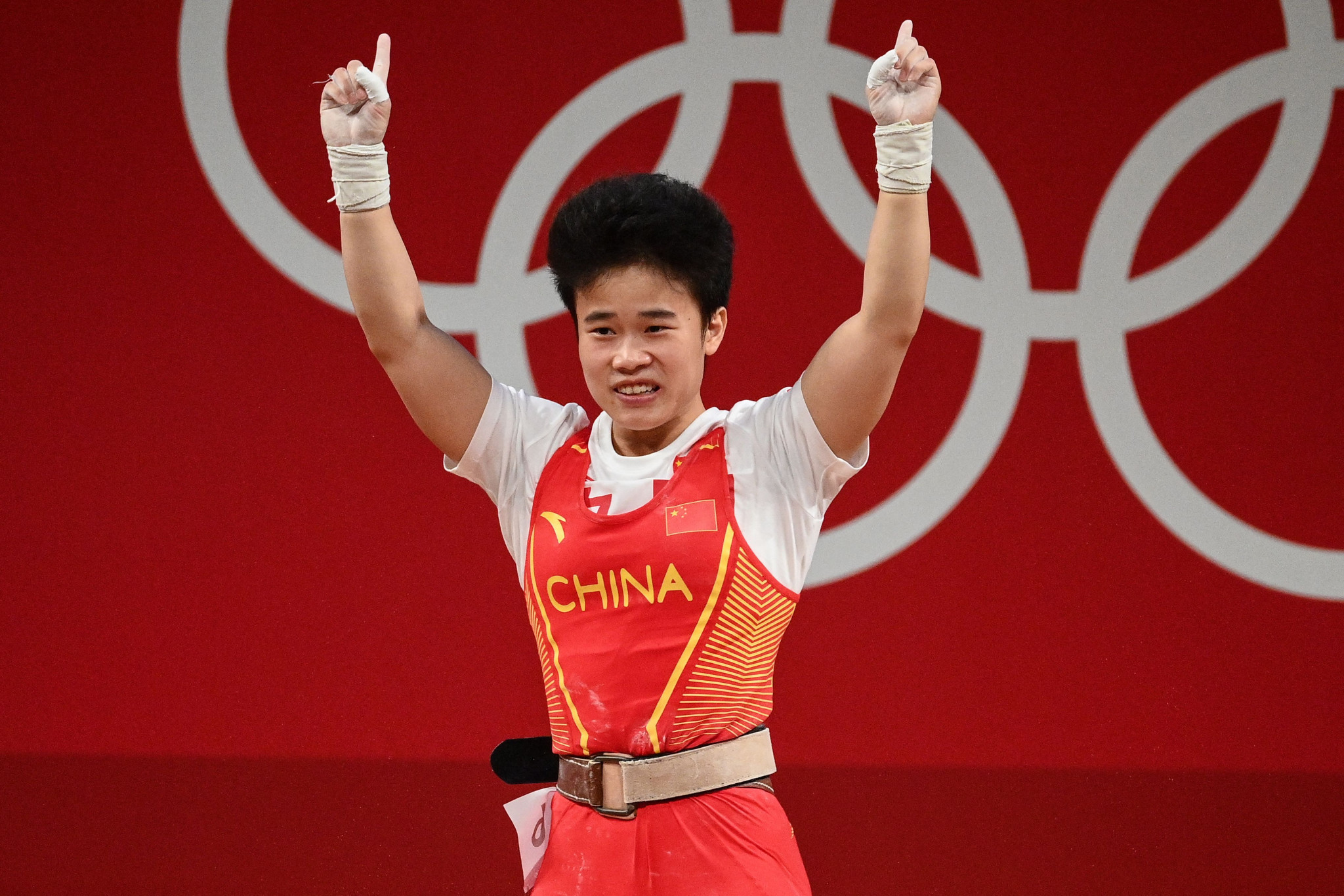 The first weightlifting gold medal of Tokyo 2020 has gone to China, as several more are likely to do over the 10 days of competition.

Hou, 24, finished eight kilograms clear of Chanu as she made 94-116-210, and 16kg ahead of the bronze medallist, Windy Aisah, the 19-year-old junior world champion from Indonesia.

She wore gold Olympic-ring earrings but judging by her dancing and celebrating afterwards, she was more than happy with silver.

Aisah was equally delighted with her bronze medal, which she secured after Jourdan Delacruz of the United States failed with all of her clean and jerk attempts.

Delacruz, one of the Americans’ main medal hopes, appeared to be spooked by a no lift decision in the snatch.

She clearly thought she had made a good third lift – which would have left her in second place at halfway - and celebrated with the US coaches, but both her arms were shaking as she made it and the press-out decision stood.

Delacruz, who had burst into tears when she first saw the Olympic platform on a venue visit to the Tokyo International Forum two days ago, seemed overcome by nerves.

She failed three times on 108kg, her highest entry weight since she moved down from 55kg to 49kg.

Another teenager, Nina Sterckx of Belgium, lifting at this weight for only the second time, made 81-99-180 to claim fifth place.

Neither Sterckx, who will be 19 on Monday, nor Aisah was born when the oldest competitor of the day, Dika Toua from Papua New Guinea, made her first lift at the Olympic Games.

She made the first-ever lift in women’s weightlifting at Sydney 2000.

Another five-time Olympian, Japan’s Hiromi Miyake, made only one good lift, her first snatch at 74kg.

She was one of three athletes who failed to make a total, the others being Delacruz and the Russian Kristina Sobol.

Wan-Ling Fan of Chinese Taipei was fourth on 181kg.

Thomas Bach, president of the International Olympic Committee, is due to attend tomorrow’s weightlifting when China is expected to win more gold.

It has the favourite in the two men’s events, Li Fabin at 61kg and Chen Lijun at 67kg.