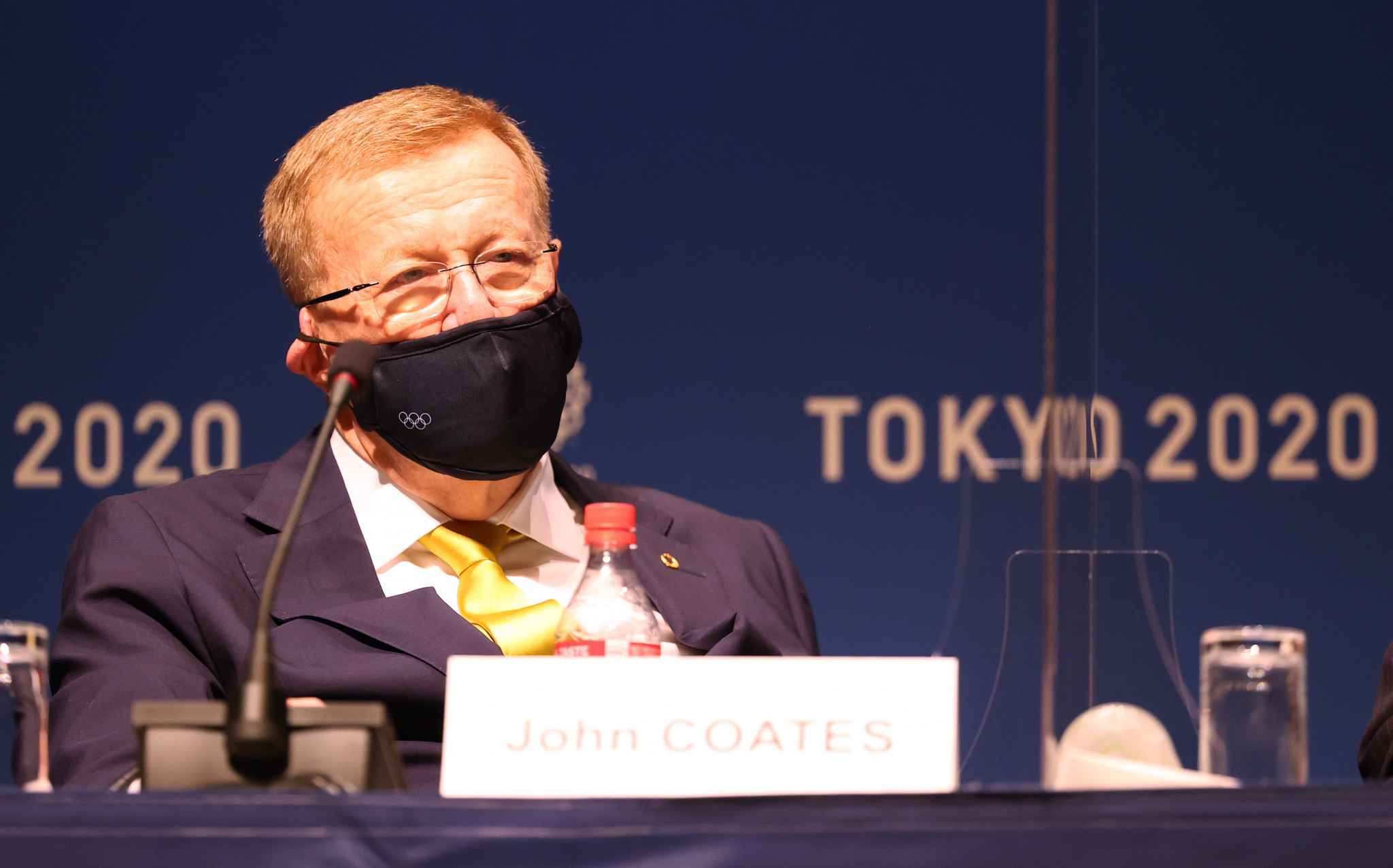 Palaszczuk was among officials to travel to Tokyo for the International Olympic Committee (IOC) Session, where Brisbane was rubber stamped as the host of the 2032 Games.

Her attendance was controversial in Queensland, as she would be required to quarantine on return.

An online petition signed by over 130,000 people called for Palaszczuk to be denied the right to leave Australia as she would require a quarantine hotel on return, having cut spaces for returning Australians.

Palaszczuk had insisted her trip would be a flying one, with the Queensland Premier promising she would not attend any events at Tokyo 2020 and would watch from her hotel before returning home.

Coates, an IOC vice-president, demanded the delegation must attend tomorrow’s Opening Ceremony and that they could not "hide" in their rooms.

"You are going to the Opening Ceremony," Coates addressed Palaszczuk.

"I'm still the deputy chair of the [Brisbane 2032] Candidature Leadership Group and so far as I understand, there will be an Opening and Closing Ceremony in 2032 and all of you are going to get along there and understand the traditional parts of that, what's involved in an Opening Ceremony.

"None of you are staying behind and hiding in your rooms, alright?"

Palaszczuk, who secured a third term as Queensland Premier last year, responded by saying she "did not want to offend anybody".

"You've never been to the Opening Ceremony of an Olympic Games, have you?" Coates added.

"You don't know the protocols, I think it's a very important lesson for everyone here.

"It puts a stamp on the Games and it's very important to the broadcasts that follow and it's my very strong recommendation that the Premier, and the Lord Mayor and the Sports Minister be there and understand it."

Palaszczuk has since played down the incident, with the Queensland Premier telling ABC News that Coates had been a "driving force" behind Brisbane securing the Olympic and Paralympic Games.

The Queensland Premier claimed there had been confusion over the Ceremony, with the delegation reportedly only having been invited after Brisbane’s successful bid was confirmed.

Palaszczuk said she would leave the invitations to the IOC, with Australian Minister of Sport Richard Colbeck and Brisbane Lord Mayor Adrian Schrinner also set to attend.

Brisbane’s received 72 votes from the IOC Session, with five members voting against and three abstained in the vote.

The city being awarded the Games became a formality when the IOC Executive Board approved its candidacy last month.

The overhaul of the system following referendum defeats and bidding scandals was orchestrated by Coates.

Coates has led the AOC since 1990, with his 31-year reign included the successful bid and staging of the 2000 Olympic Games in Sydney.

He had been due to step down as AOC President this year, after vowing this term in office would be his last.

The election was delayed due to the COVID-19 pandemic forcing the postponement of Tokyo 2020, a Games he has overseen in his role as IOC Coordination Commission chair.

Coates is now expected to leave the role next year and will likely assume the role of Honorary Life President, a position created last year.

The title can be awarded to a person who has served as AOC President for at least 13 years and has "rendered outstanding service to the Olympic Movement and sport".

Coates had been re-elected AOC President in 2017 after a Presidential election campaign, with took place amid a backdrop of bullying allegations in the organisation.