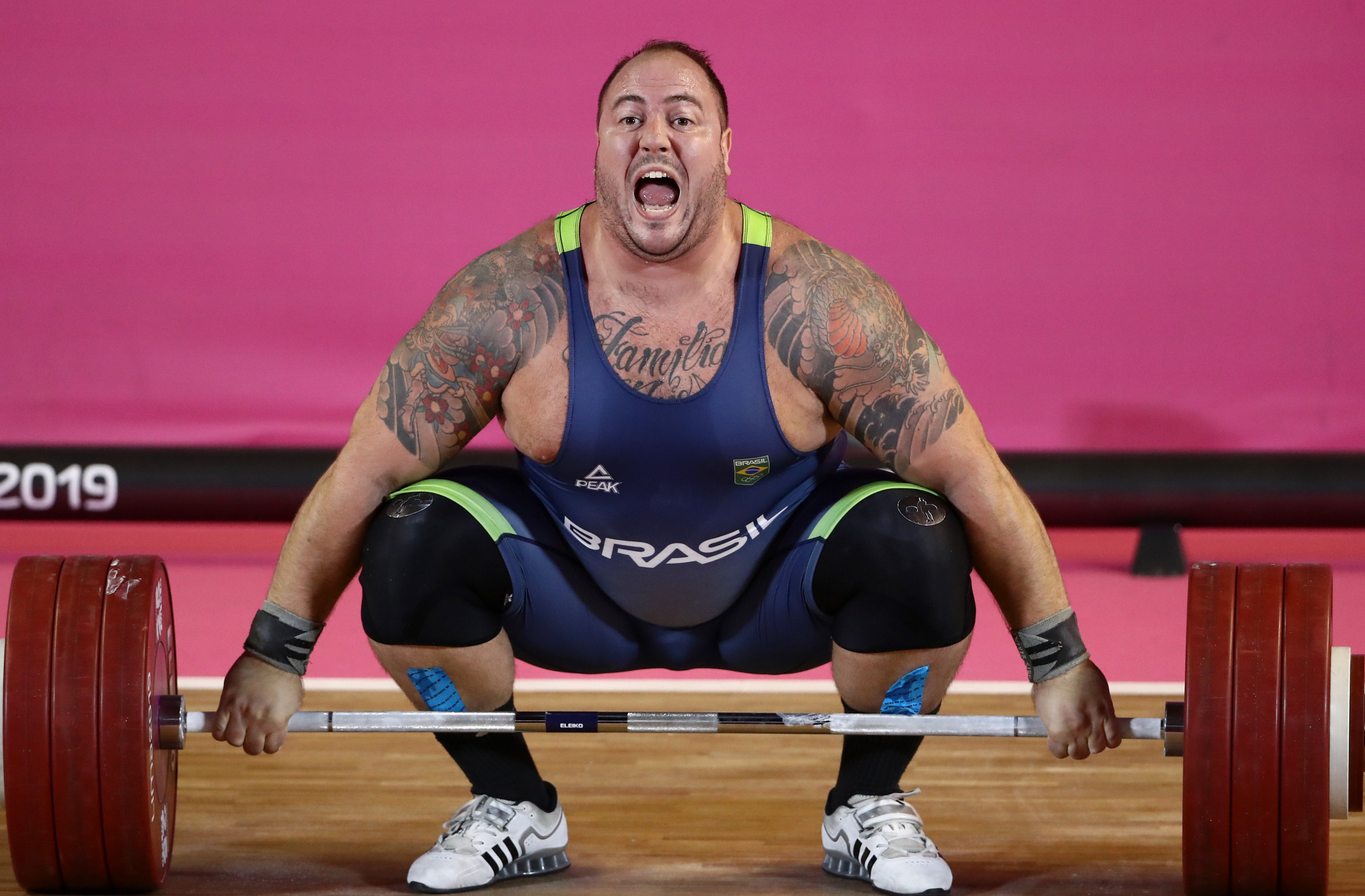 Brazilian weightlifter Fernando Reis, who would have been a medal contender in the men’s 109 kilograms super-heavyweight category, is out of the Olympic Games in Tokyo after testing positive for human growth hormone.

Reis, 31, has been provisionally suspended following a positive test last month and will not compete at the delayed Games, the Brazilian Olympic Committee (COB) confirmed.

Reis, who had the third highest total of the 14 qualifiers in his weight class, is the second Brazilian to test positive in recent weeks.

This has led to speculation within the sport that the nation had been targeted by anti-doping authorities based on information received.

Reis did not respond to a request for comment, and anti-doping agencies cannot comment on individual cases while investigations are ongoing.

Nathasha Figueiredo’s participation in the women’s 49 kilograms category depends on her being cleared by the Court of Arbitration for Sport’s Anti-Doping Division, which has a temporary base in Tokyo.

Figueiredo twice tested positive, out of competition, for diuretics and masking agents in April and May but, according to the International Testing Agency (ITA), she had established that both positives resulted from taking a contaminated supplement.

Figueiredo, 25, had a provisional suspension lifted but a decision on the consequences of her anti-doping rule violation will be made by CAS before she is due to lift on the first day of competition on July 24.

Depending on the outcome of the CAS ruling, Figueiredo "may be eligible to participate in the Tokyo Olympic Games or not," said the ITA.

A statement from the Brazilian Weightlifting Federation said Reis’s case would be heard by CAS, but the COB revealed Reis had not travelled to Tokyo and would not compete.

"The athlete is excluded from the delegation that will compete at the Tokyo Olympic Games," the COB said.

"We reinforce our commitment with clean sports as we keep several educational initiatives to fight against doping."

Reis competed in the past two Olympic Games, finishing 10th at London 2012 and fifth in front of his own noisy supporters at Rio 2016.

His absence from the super-heavyweights in Tokyo, where the Georgian world record holder Lasha Talakhadze is a very hot favourite, will enhance the medal chances of Ali Davoudi of Iran, Walid Bidani of Algeria and Man Asaad of Syria.

Reis became the first Brazilian weightlifter to win a World Championships medal last year, long after the 2018 competition, when another medallist from Uzbekistan was disqualified after testing positive and taking part in sample swapping, leaving Reis in third place.

The Brazilian newspaper Globo Esporte quoted Reis’s lawyer Marcelo Franklin as saying that the multiple Pan American champion had not taken any forbidden substances and was "one of the most tested athletes in the world".

Franklin said, "We will not speak about this case until the end of the trial so his image is preserved.

"We will take urgent measures."

Reis served a six-month suspension in 2011 after testing positive for a "specified substance" stimulant at the National Collegiate Championships in the United States, where he has studied and lived for many years.

Because of that suspension he was removed from the International Weightlifting Federation’s (IWF) new Athletes Commission last year.

Human growth hormone features very rarely in doping violations listed on the IWF website, although its use is thought to be have been widespread over the years.

The man whose disqualification led to Reis getting his 2018 World Championships medal, Rustam Djangabaev, was positive for growth hormone when he was suspended in 2019.

Athletes from Poland in 2016, and Turkey and Armenia in 2018, were also suspended after testing positive for growth hormone, but before that the only listed cases involved three Chinese lifters at the Beijing 2008 Olympic Games.

Reis will not be replaced at Tokyo 2020 as news of his positive test has come too late.