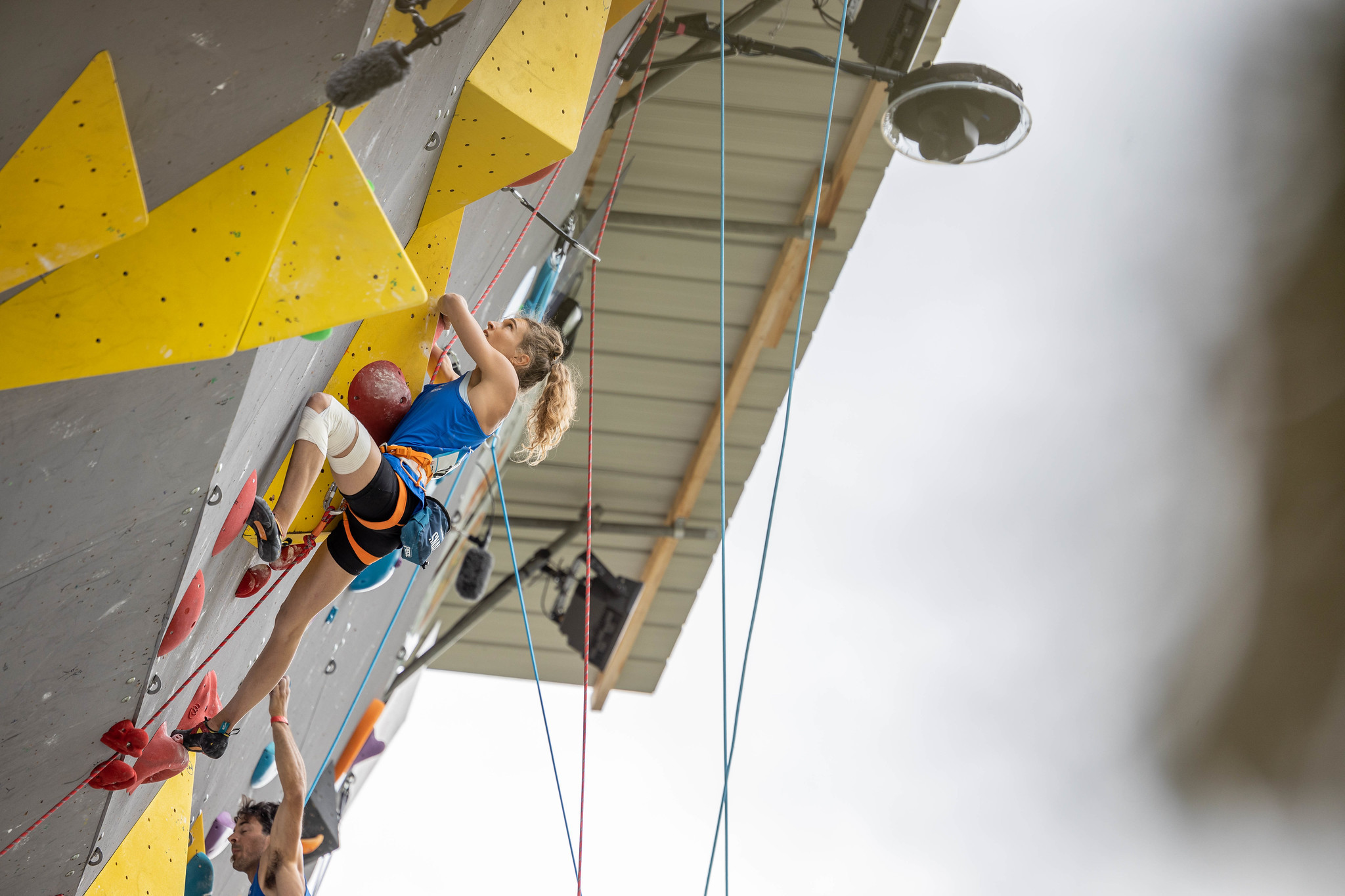 Thierry Delarue was the first of the home winners, scoring 49+ in the men's AL2 final to relegate two Spaniards to the lower reaches of the podium.

Urko Carmona Barandiaran was second, via 46, and Iván Germán Pascual was a further three points back.

In the men's RP2, Frenchman Bastien Thomas and Israel's Mor Michael Sapir both topped the designated route in the final, but Thomas did so faster so took the win.

There was a similar story in the men's RP3 as France's Romain Paignoux and Mathieu Besnard both finished with a top.

Paignoux edged it on this occasion because of his superior showing in qualification.

Solenne Piret, who won a world title at this venue in 2019, was the fourth French winner today.

Piret's score - 38 - was a full nine points better than the competition, with Jasmin Plank of Austria second and Italy's Lucia Capovilla third on 19.

There were Austrian wins for Edith Scheinecker and Angelino Zeller in the women's B2 and men's RP1, however.

A total of 83 athletes from 14 countries took part in the second World Cup of the season.

The IFSC is aiming to have the sport added to the programme of the Los Angeles 2028 Paralympic Games, and is staging a World Cup in the city in October.

World Championships are due to be held in Moscow before then.