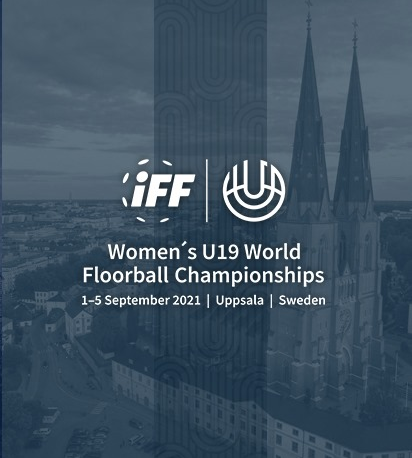 The International Floorball Federation (IFF) has confirmed the Women’s Under-19 World Floorball Championships will take place in September as scheduled with a modified format amid withdrawals.

The governing body announced it had approved a proposal by the Swedish Floorball Federation, the tournament hosts, for the event to proceed from September 1 to 5 in Uppsala.

Czech Republic, Finland, Latvia, Slovakia, Sweden, Switzerland, Germany, Poland and Russia each confirmed they are available to compete in the event.

Fellow qualifiers Australia, Austria, Canada, China, New Zealand, Norway and the United States have, however, informed the IFF that they will be unable to participate due to COVID-19 and ongoing travel restrictions.

The IFF said there was no possibility to include replacement teams to the event due to the 2022 Women’s Under-19 World Floorball Championships European qualifications being played the following week in Estonia.

A modified group stage format and playing schedule will be announced prior to the event.

The IFF Central Board has previously ruled that if the number of teams in a group means that teams must play two matches in a day during the group stage, then the match time shall be three periods of 15 minutes for all of that group’s matches.

Playoff matches will revert back to three 20-minute periods.

The tournament had originally been scheduled to take place in May last year, but has suffered several postponements due to the COVID-19 pandemic.

The IFF also confirmed earlier this month that the Men's Under-19 World Floorball Championship will be held from August 25 to 29.

Replacement teams were called up for nations unable to participate.

Recent travel restrictions have led to Russia being ruled out of the competition, with Hungary confirmed as the replacement team.