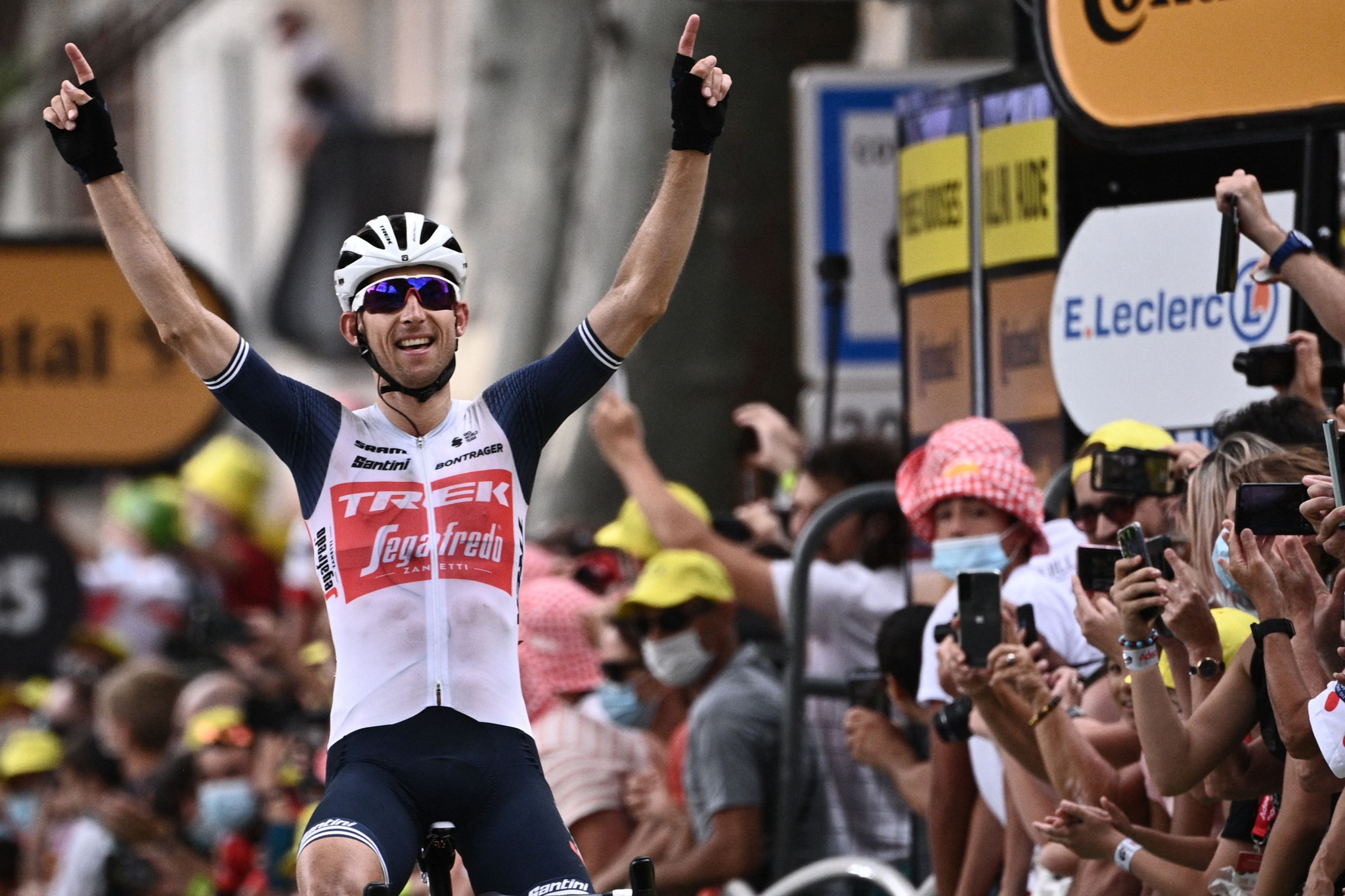 Mollema of Trek-Segafredo secured victory in a time of 4 hours 16 mins 16 secs after escaping from a breakaway.

Mollema attacked with 42 kilometres remaining of the 184km stage before establishing a significant lead.

It was Mollema’s first victory in the Tour de France since winning the 15th stage of the event in 2017.

"It was a big goal to win a stage and we have a lot of guys able to do it, but you also need the legs at the right moment," Mollema said.

"You look at the Tour’s roadbook, and some stages you go a little bit easier, like the last two stages I didn’t expend any energy, because we really tried to recover as much as possible from the Mont Ventoux stage."

Denmark’s Patrick Konrad of Bora Hansgrohe and Colombia’s Sergio Andrés Higuita of EF Education-Nippo finished more than a minute behind Mollema after crossing the finish line in 4:17.20 to come second and third respectively.

Italy’s Mattia Cattaneo of Deceuninck-Quick-Step was fourth in 4:17.22, while Woods of Israel Start-Up Nation completed the top five in 4:17.41.

? It took a 80km of wrestling before a breakaway was able to form with the strongest attackers.

Martin of Cofidis leapfrogged Colombia’s Rigoberto Urán of EF Education–Nippo into second position in the general classification after finishing in 11th position.

"It was up and down the whole day and perhaps it was better for me that the finish was not uphill but downhill," said Pogačar.

"A few days ago I checked the course on Google Maps, the last 50 or 60km, so I knew what to expect.

"I knew it was a tricky downhill so I knew I would wait for the right moment to attack.

"We now can’t allow him too big a time gain because he is super strong, but four minutes is still a good gap for me on him.

"Now it’s other teams who need to chase him, and that is going to be very useful in the coming days.

"I think we are in a better position now than we were before the stage.

"I feel super good on the bike."

Competition is due to continue tomorrow with stage 15 - a mountainous 191.3 km route which runs from Céret to Andorra la Vella.