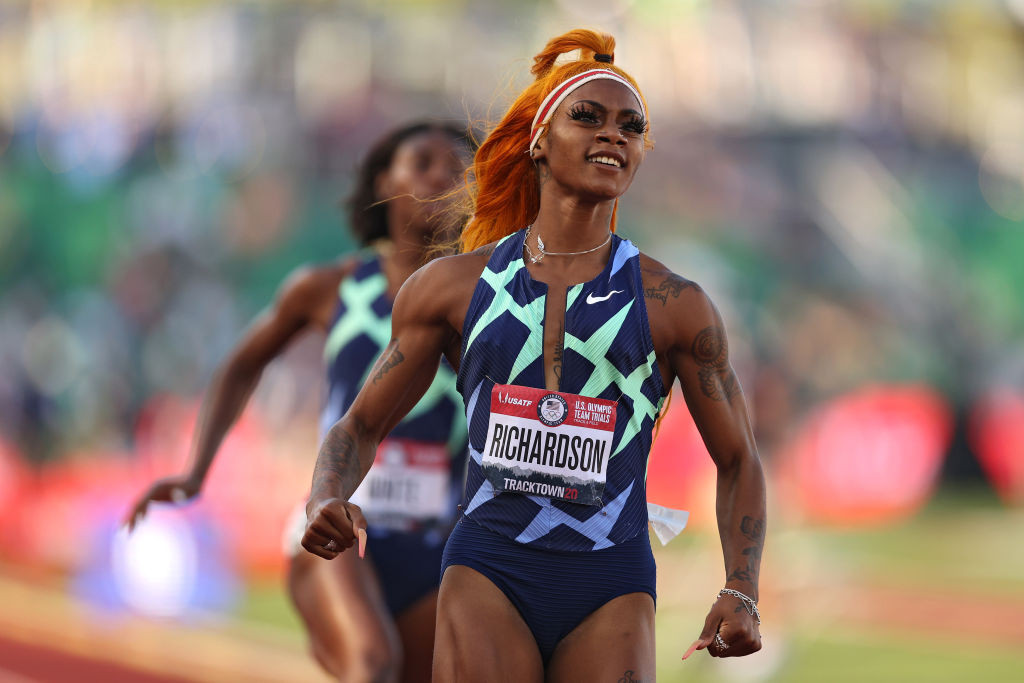 Sha'Carri Richardson, ruled out of the women’s 100 metres at the Tokyo 2020 Olympics following her positive test for marijuana, will not be running in the sprint relay as her name is not on the roster released by USA Track and Field (USATF).

After her adverse finding in a sample taken at the United States Olympic trials, where she won the 100m, the 21-year-old sprinter was given a month’s ban and her qualification result was annulled.

There remained a possibility that the 21-year-old from Dallas in Texas, who has run 10.72sec this season, the third-fastest on the 2021 world lists, could be given one of the two discretionary places in the relay but she is not on the 130-strong list issued by the USATF.

In a statement, USATF said it was "incredibly sympathetic toward Sha'Carri Richardson’s extenuating circumstances" and "fully agrees" that international rules regarding marijuana should be re-evaluated.

But it added: "So while our heartfelt understanding lies with Sha'Carri, we must also maintain fairness for all of the athletes who attempted to realize their dreams by securing a place on the U.S. Olympic Track & Field Team."

The two remaining relay places have thus been offered to the sprinters who respectively finished sixth and seventh in the trials final in Eugene, Oregon, namely English Gardner and Aleia Hobbs.

Asked by the Associated Press about how Richardson was taking the news, her agent, Renaldo Nehemiah, responded: "We haven’t spoken about it at all.

"It was actually not a topic we focused on."

Richardson tested positive for a chemical found in marijuana after her victory on June 19.

She said the stress of her biological mother’s recent death combined with the pressure of preparing for trials led her to use the drug.

"I was definitely triggered and blinded by emotions, blinded by badness, and hurting, and hiding hurt," she said on NBC’s Today show.

Two of her recent tweets have read: “I am human" and "All these perfect people that know how to live life, I’m glad I’m not one of them!"

Allyson Felix, 35, will be competing at her fifth Olympics in the 400m, while 44-year-old Abdi Abdirahman will run in the marathon.

Another prodigious young talent to watch will be 19-year-old Athing Mu, winner of the women’s 800m at the trials.

Sydney McLaughlin, who became the only woman to have run the 400m hurdles in under 52 seconds in setting a world record of 51.90 at the trials, will seek to translate that into gold in Tokyo, where she will be joined by the fellow American whose world record she eclipsed, Dalilah Muhammad, the defending Olympic champion.

Ryan Crouser will defend his Olympic shot put title similarly bolstered by having set a world record of 23.37 metres at the trials, with world champion Joe Kovacs also on the roster.

JuVaughn Harrison, the Olympic trials champion in men’s high jump and long jump, will be the first man to double at these events in an Olympic Games in nearly 100 years.

Gabby Thomas, a neurobiology major from Harvard who is currently studying for a Masters degree in epidemiology, will arrive in Tokyo as the second-fastest women’s 200 metres runner of all time having won the trials in 21.61sec.

Only Thomas’s late compatriot Florence Griffith Joyner, who set a world record of 21.34 in winning the 1988 Olympic title in Seoul, has run faster.

Long jumper Brittney Reese, Olympic gold and silver medallist and four times the world champion, will be competing in her fourth Games.

The third outdoor world record-holder in the team is 100 metres hurdler Keni Harrison, while world indoor record holder Grant Holloway will seek to add Olympic to his world gold in the 110m hurdles.

Athletics at the Tokyo 2020 Olympics is due to start on July 30 and will run until the last day of the Games on August 8.