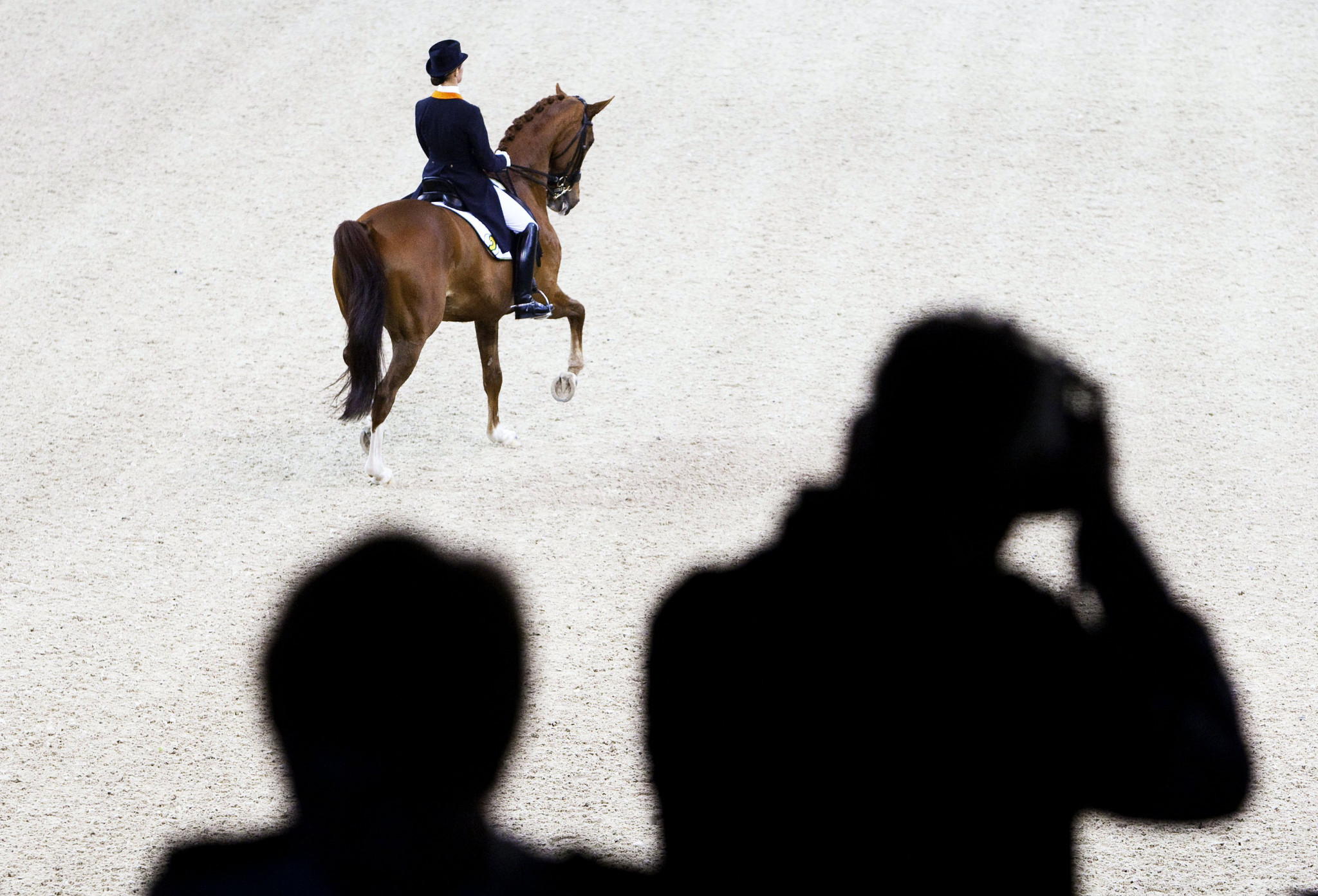 Van Liere had hoped to mount the nine-year-old stallion - considered one of the best horses in the world.

But under International Equestrian Federation (FEI) rules, the horse must be owned by a person of the same nationality as the rider.

Joop van Uytert, who owns Hermes, is from The Netherlands but has been listed as German on the FEI’s database, according to Equnews.

"We are really stunned that this can happen," said Iris Boelhouwer, technical director for the Royal Dutch Equestrian Federation (KNHS) in a report by Essentially Sports.

"It is perfectly clear to everyone that an extremely unfortunate mistake has been made here, but it is not being resolved in a timely manner.

"That is a huge disappointment for the Dutch dressage team in the run-up to the final team selection, but especially for the rider Dinja van Liere and the owner it is of course a terrible deception.

"We are currently investigating all further legal options and steps to rectify this."

According to Equnews, the KNHS found that an intern had made the administrative mistake.

Despite the setback, van Liere is expected to travel to Tokyo with Haute Couture as a reserve.

"With Haute Couture we were fifth on the list," said van Liere in a report by Omroep Zeeland.

"We are now moving up a spot because Hermès is not allowed.

"It is actually very nice that I can come along to Tokyo, but at the moment it is difficult, but setbacks are part of the sport."

The FEI has also defended its decision to withdraw Hermes, claiming it was "unfortunate but regrettably was totally avoidable had the straightforward checks been carried out" by KNHS and the owner of the horse before the deadline on January 15.

"The FEI General Regulations are very clear that the responsibility on the ownership of horses lies with the National Federation," the FEI statement read.

"Therefore it is the responsibility of the Dutch National Federation to ensure that any horse entered for the Games to represent The Netherlands is registered in Dutch nationality and that all entries are up to date and accurate.

"All National Federations, horse owners and athletes had ample opportunities to ensure that the correct nationality was entered in the FEI database and FEI passport and these requirements need to be fulfilled for horses to be eligible to compete at the Olympic Games.

"In this case, the information was not updated despite the clear reminders issued by the FEI in advance of the deadline.

"The FEI understands the disappointment that the opportunity for selection for the Olympic Games is no longer a possibility for Hermes and Dinja van Liere, due to the fact that the horse was not registered with a Dutch nationality by January 15 2021 as per the requirements. However, this rule is based on fairness and transparency and is not simply a formality.

"The rule does not provide for exceptions to be granted, and it must be applied consistently to all National Federations, Athletes and Horses to ensure a level playing field."

The FEI confirmed that the KNHS and the owner of Hermes had filed separate "provisional measures" to the Court of Arbitration for Sport, but both had been dismissed.

"According to the FEI Statutes, the FEI Tribunal and the CAS are the only bodies with authority to rule on this matter; therefore the FEI now considers the matter to be closed," the statement added.

According to Essentially Sports, Tatiana Miloserdova of Italy had hoped to compete at Tokyo 2020 but has been forced to miss out due to her horse being under Russian registration.