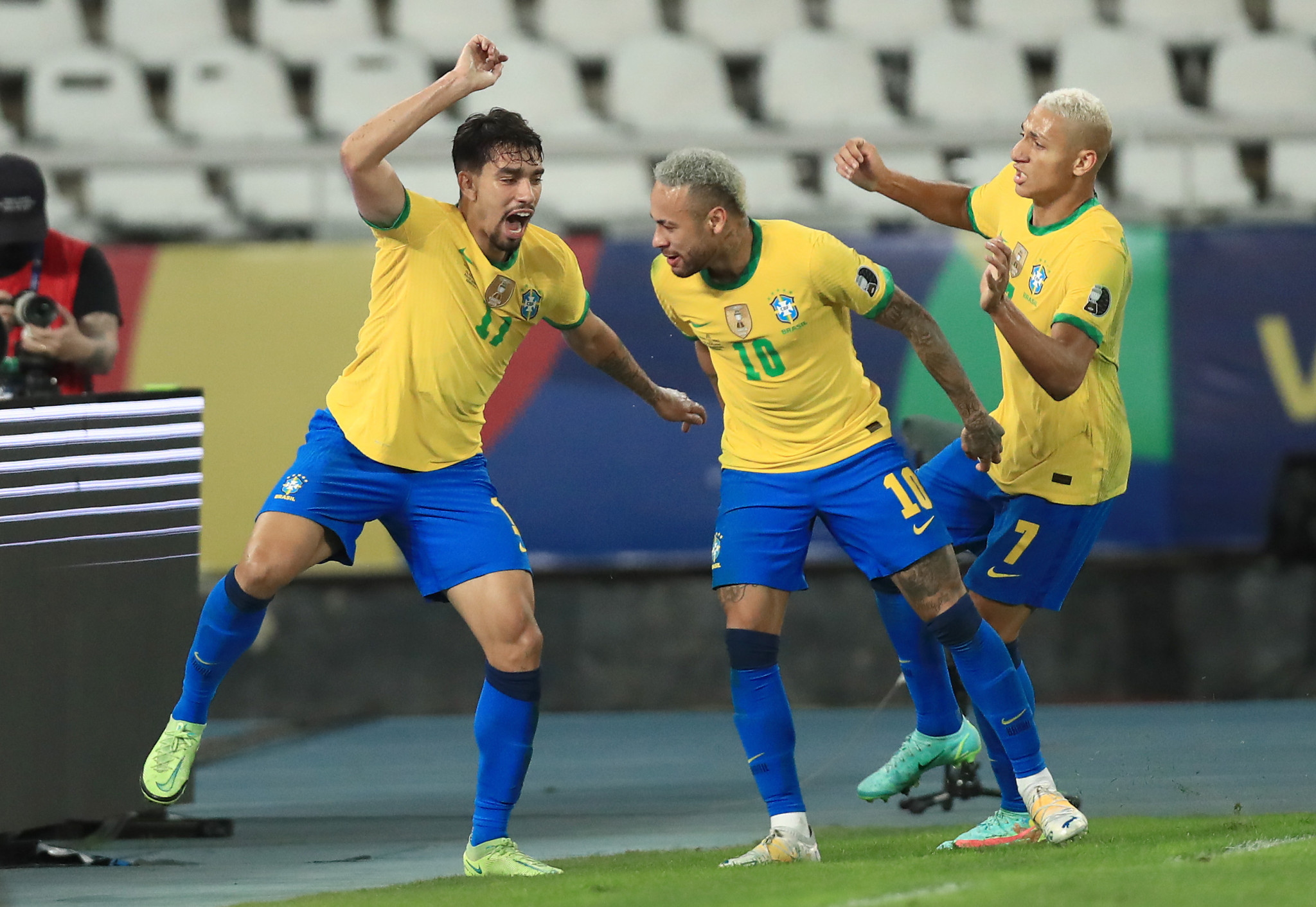 Hosts and title holders Brazil moved within one win of being crowned Copa América champions for a 10th time after beating Peru 1-0 at the Nilton Santos Stadium in Rio de Janeiro.

Lucas Paquetá scored the decisive goal in the 35rd minute after being brilliantly set up by Neymar.

Brazil are now due to meet either Argentina or Colombia in the final, scheduled to be held on Saturday (July 10) at the Maracanã in Rio de Janeiro.

Paquetá created the first opportunity for Brazil when he found Richarlison who rounded Pedro Gallese.

But Richarlison could not find the finish from a tight angle.

The Peruvian goalkeeper was star of the first half as he palmed away a Casemiro free-kick before denying the midfielder again.

Gallese also made a spectacular double save, first from a Neymar free-kick and then from Richarlison's follow up on the rebound.

Brazil continued to pressurise Peru and finally broke the deadlock thanks to great work by Neymar.

The Paris Saint-Germain forward beat three defenders before setting up Paquetá for a left-footed finish.

Looking to respond after the break, Peru created some good chances of their own.

Gianluca Lapadula tested Ederson with a powerful strike before Raziel García went narrowly wide with an effort from distance.

Brazil remained in control, though, as Éverton Sousa and Neymar both had efforts on goal in the closing stages.

Argentina and Colombia are set to go head-to-head in the other semi-final in Brasilia tomorrow.