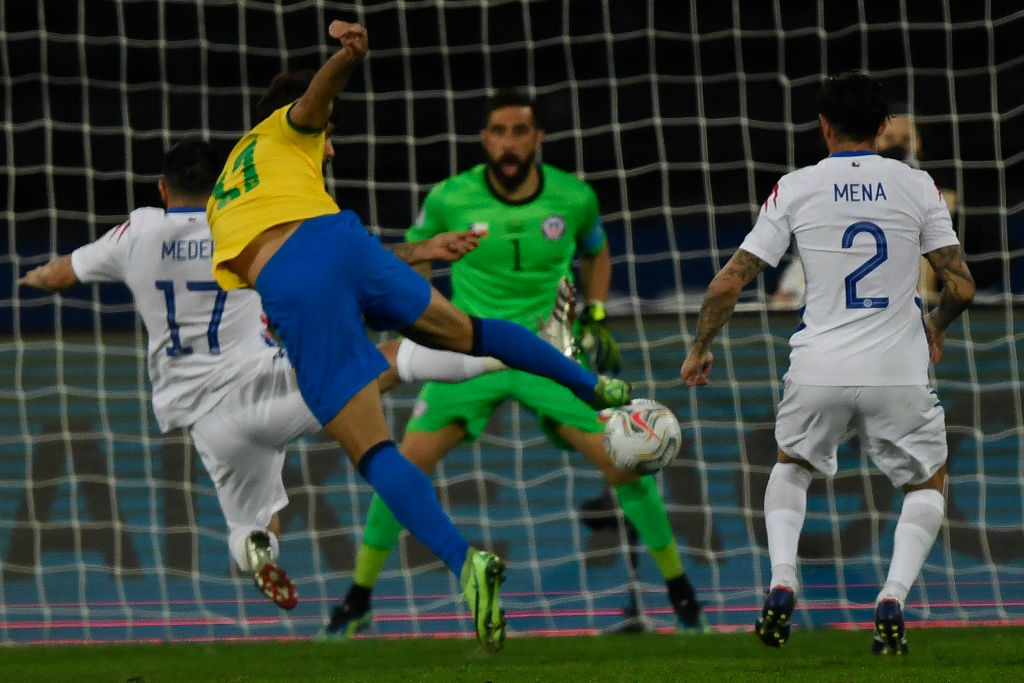 Brazil survived having Gabriel Jesus sent off as they reached the semi-finals of the Copa América with a 1-0 victory over Chile in Rio de Janeiro.

Lucas Paqueta scored the only goal of the game in a dramatic two-minute period early in the second half at Estádio Olímpico Nilton Santos.

Jesus was given a red card for a high lunge on Eugenio Mena shortly after, forcing Brazil onto the back foot for the remainder of the match.

Ben Brereton came closest to equalising as his header hit the bar, before Brazil closed out a tense win which sets up a quarter-final meeting with Peru.

The Peruvians beat Paraguay on penalties after a thrilling game, which included two red cards, ended 3-3 after extra time at Estádio Olímpico Pedro Ludovico in Goiânia.

Gustavo Gomez opened the scoring for Paraguay in the 11th minute before Italian-born scored twice to put Peru in front.

Peru looked as though they would take control of the match when Gomez was given his marching orders for a second bookable offence just before half-time, but Junior Alonso equalised shortly after the restart.

Peru regained the lead through Yoshimar Yotun before they had Andre Carillo sent off, and Gabriel Avalos netted a last-minute equaliser to force extra time.

Neither side broke the deadlock in the additional period and it was Peru who held their nerve in the shootout, Miguel Trauco despatching the decisive penalty after Paraguay had missed three of their spot-kicks.

Argentina play Ecuador and Uruguay take on Colombia in the other two quarter-finals, set to take place tomorrow.