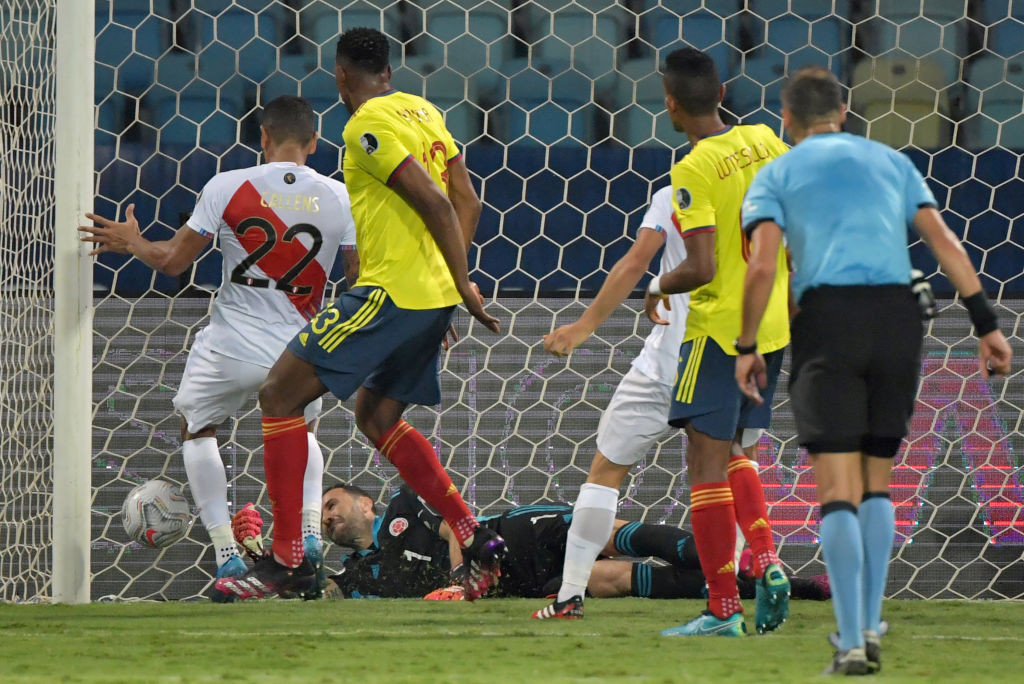 Peru beat Colombia to move up to third in Group B as Venezuela snatched a point against Ecuador with a dramatic late equaliser at the Copa América in Brazil.

Sergio Pena put Peru in front in the 17th minute before Colombia levelled through Miguel Borja's penalty early in the second half at Estádio Olímpico Pedro Ludovico in Goiânia.

That was how it stayed until 11 minutes from time when Yerry Mina inadvertently diverted a cross into his own net to give Peru a 2-1 victory.

Colombia remain ahead of Peru in second despite the defeat, while Brazil are top of the group having won both of their opening matches.

Four of the five teams from Group B will qualify for the knockout round in the 10-team tournament, which had been due to take place in Argentina and Colombia before both countries were stripped of the hosting rights.

Venezuela looked to have been heading for defeat in their clash with Ecuador before Ronald Hernandez salvaged a 2-2 draw in stoppage time at Estádio Olímpico Nilton Santos in Rio de Janeiro.

Ayrton Preciado had given Ecuador the lead in the second half but they were pegged back by Edson Castillo's bullet header just after half-time.

Substitute Gonzalo Plata appeared to have earned all three points for Venezuela when he came off the bench to edge them in front, before Hernandez chose the perfect moment to score his first international goal.