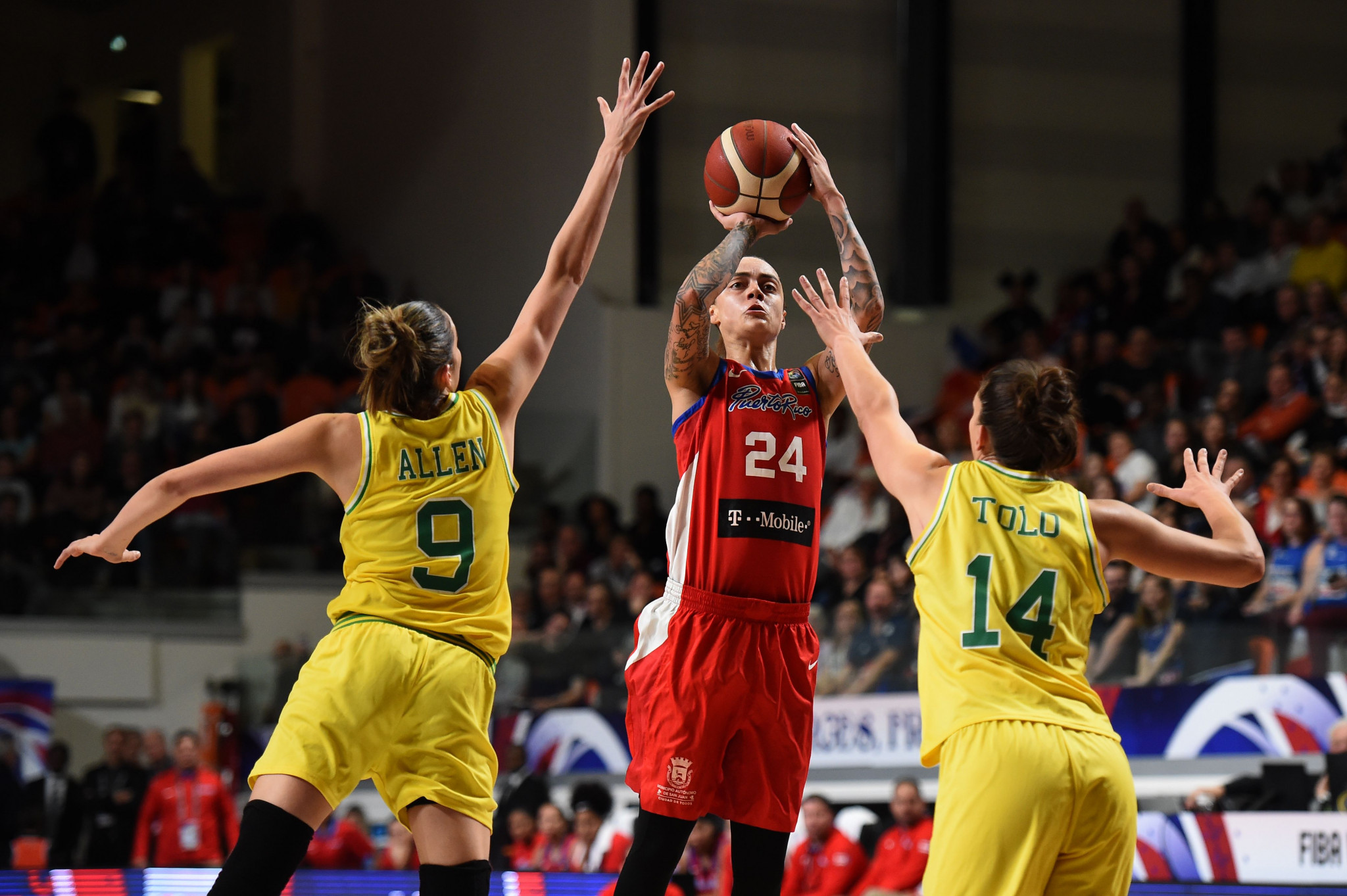 Jazmon Gwathmey hit every shot she took in the first quarter, tallying seven points but it was Sabrina Lozada-Cabbage’s five points and three rebounds off the bench that helped Puerto Rico move in front.

Puerto Rico established a 17-13 lead at the end of the first quarter before Canada fought back with 12 offensive rebounds to draw level at 34-34 at half-time.

Laeticia Amihere, Kayla Alexander and Aaliyah Edwards all got on the scoreboard for Canada, while Puerto Rico’s Ali Gibson found her scoring form in a back-and-forth third quarter.

Puerto Rico led 50-48 going into the final 10 minutes as the volume of the home crowd increased.

Amihere fouled out after her double-double 12-point, 11 rebound performance trying to stop Pamela Rosado as Canada found themselves down by one basket with three seconds to play.

Rosado missed her first two free throws but was fouled again and hit both of her second shots to secure victory for Puerto Rico.

Gwathmey top scored with 17 points, while Jennifer O’Neill notched 15 and Gibson finished on 11.

"To get this win tonight is huge and shows that we’re going to keep growing, keep our name in here and hopefully do more work tomorrow," said Gibson.

Puerto Rico will next face the US who recovered from a slow start to beat battling Brazil 71-60 in their semi-final.

The Americans, the winners of every Olympic gold medal since Atlanta 1996 and the last three World Cups in a row, did not have it all their own way against Brazil and trailed by as many as 12 points in the first quarter.

But Paixao was scoreless in the second quarter as Rhyne Howard hit a buzzer-beater three-pointer to bring her team within eighth points of the US.

Trailing 33-25 at half-time, the US responded superbly as they scored 13 unanswered points and shut out Brazil for four minutes.

Haley Jones was the standout performer in the third-quarter, scoring eight points and two rebounds as the US went 50-43 in front.

Brazil managed to cut the deficit to just two minutes but Elissa Cunane and Ashley Owusu came off the bench to make a telling impact for the US who sealed their place in the final.

"I really just told them we had to play with a lot more grit," said US head coach Dawn Staley.

"I thought we were casual at times when Brazil was just really getting after it, they were taking the ball out of our hands, they were getting all of the 50-50 balls and the hustle plays, in order for us to get back into the game the way we needed to, we had to win that battle."

Tomorrow is due to see Brazil face Canada in the third-place match before the US tackle Puerto Rico in the final.