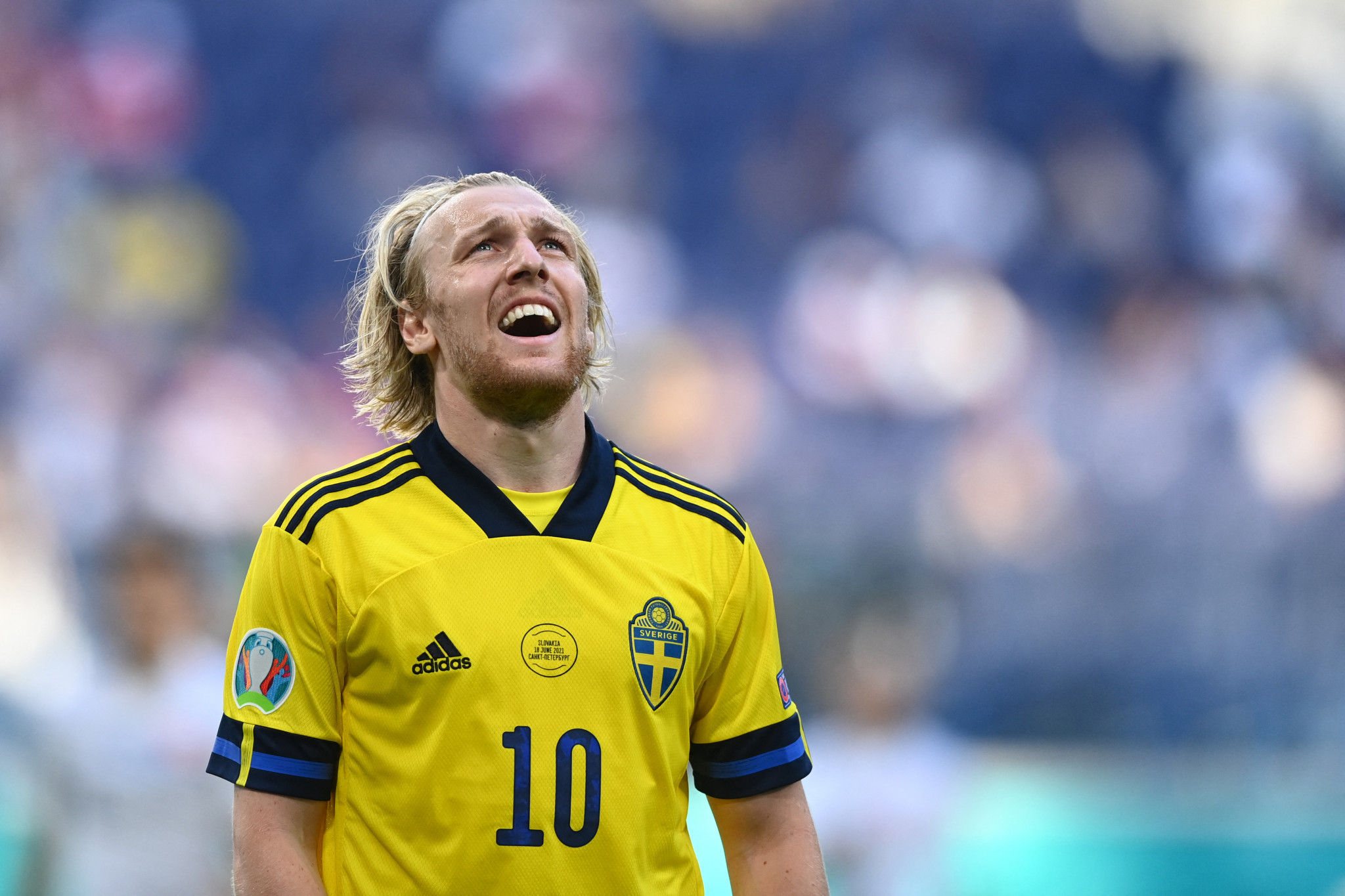 Sweden were the big winners - and indeed only winners - at the UEFA men's European Championship today, defeating Slovakia 1-0 to put themselves in a strong position with one game to play in Group E.

Slovakia did not force Dúbravka's Swedish counterpart into a single save.

The victory lifts Sweden onto four points from two games, while Slovakia have three.

Spain face Poland in the Group E's other match tomorrow.

Christian Eriksen has been discharged from the hospital. More here ⬇️#ForDanmark pic.twitter.com/jzF338XiC1

In Group D, two draws were played out either side of the Scotland-England border and all four sides are still in contention to top the standings.

Frist, at Glasgow's Hampden Park, Croatia came from behind to tie with the Czech Republic.

The divisive Video Assistant Referee (VAR) system made perhaps its first call of the tournament which has been widely panned when it saw the Czechs awarded a penalty for an apparent foul by Dejan Lovren on Patrik Schick.

Lovren's elbow caught Schick in the face as the players jumped for a header - but any contact appeared incidental and as Lovren, who had eyes on the ball, explained to the referee afterwards, it is not possible to launch yourself upwards for a header while keeping your arms by your side.

Schick - who was bloodied in the incident - picked himself up and calmly converted the penalty to give the Czech Republic a half-time lead.

It was Schick's third goal of the tournament.

Ivan Perišić had Croatia back on level terms within two minutes of the restart, cutting onto his right foot and firing past the Czech goalkeeper, and 1-1 is how it finished.

At Wembley Stadium in London - due to host the semi-finals and final of Euro 2020, should UEFA not move the games as some have suggested could happen due to COVID-19 restrictions for foreign arrivals - England and Scotland drew 0-0 in the late game.

It is the oldest rivalry in international football, dating back to 1872, and that game was also goalless.

England's John Stones came closest to breaking the deadlock tonight - hitting the post from a free header when he should have scored - while Ché Adams squandered Scotland's best chances.

A point keeps Scotland alive, and they will face Croatia on home soil in their final group match with both knowing a win likely sends them to the last 16.

England and the Czech Republic, who each have four points, but the Czechs the better goal difference, will face off at Wembley at the same time.

In other news, Danish midfielder Christian Eriksen was today discharged from hospital following what was described as a "successful operation" to fit a heart-starting device.