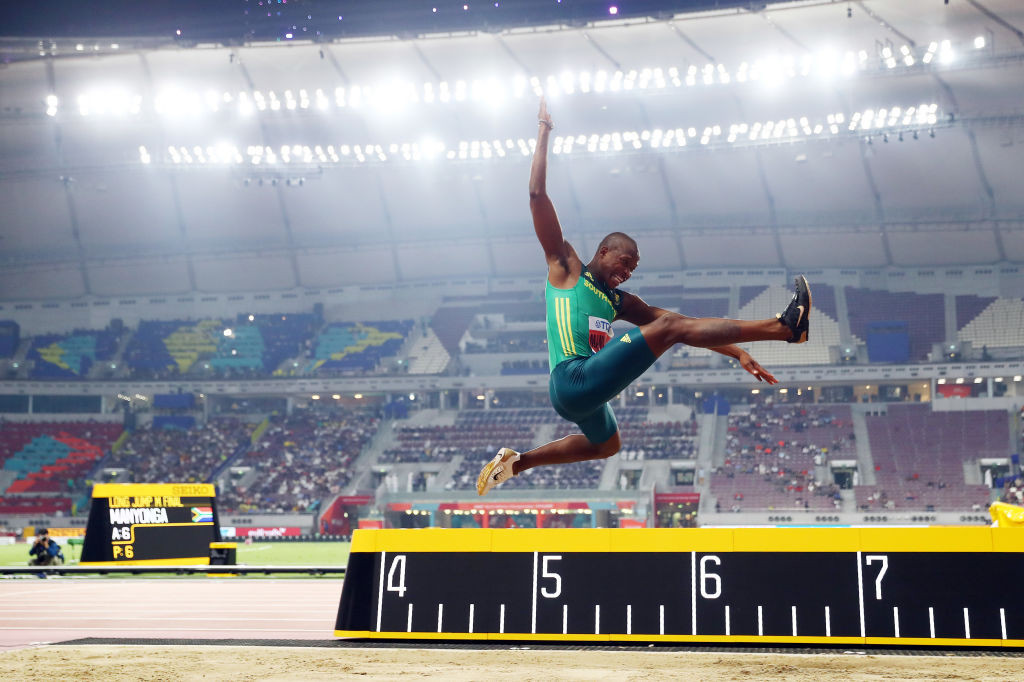 South Africa’s Luvo Manyonga, who overcame a crystal meth addiction before going on to win the 2017 long jump world title in London, has received a four-year ban for whereabouts failures.

The usual period of two years has been doubled by the Athletics Integrity Unit (AIU) because this is Manyonga’s second anti-doping offence.

The 30-year-old athlete, who won silver at the Rio 2016 Olympics and gold at the 2018 Gold Coast Commonwealth Games, and missed a medal by one place at the Doha 2019 World Championships, will thus be banned until December 22 2024.

That rules Manyonga out of both the Tokyo 2020 and Paris 2024 Olympic Games, plus the next two editions of the World Athletics Championships.

After announcing his talent by winning the world under-20 title in 2010, Manyonga - who grew up in conditions of extreme poverty - was suspended for 18 months in 2012 after testing positive for methamphetamine - commonly known as crystal meth -  having become addicted to the recreational drug "tik".

But he recovered his life and fortunes through the sport upon his return to competition.

The genial and flamboyant athlete made a huge impact on the circuit after recovering his career following his suspension, jumping beyond 8.60 metres on four occasions in 2017 and recording a best of 8.65m.

The AIU said Manyonga did not cooperate with the hearing process and declined several opportunities to attend a hearing last month.

Filing failures are when an athlete supplies inaccurate or insufficient information which means anti-doping officials are unable to carry out the drugs test.

In May last year Manyonga was fined after being arrested for drinking in public on the outskirts of Stellenbosch, which was a breach of his home nation's strict anti-coronavirus lockdown rules.