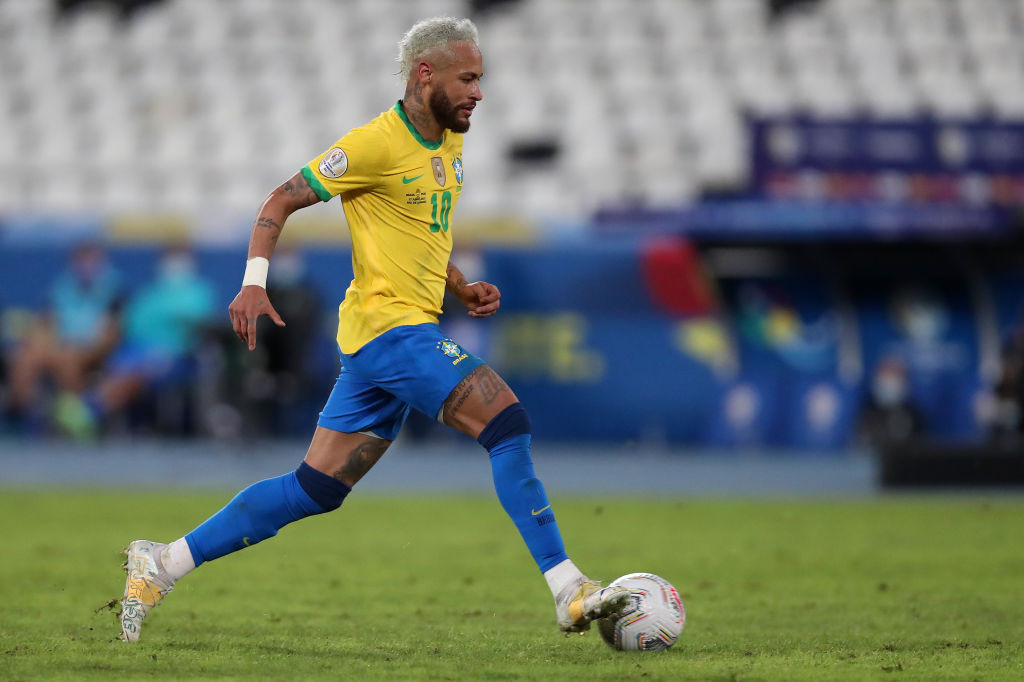 Last-minute hosts Brazil maintained their winning start to the defence of their Copa América title in Brasília as they beat Peru 4-0 in their second Group B match.

Having earned a 3-0 victory over a Venezuela team badly affected by COVID-19 positives on the opening day of the tournament, the home side established themselves at the top of their group with a decisive performance at the Estádio Nacional Mané Garrincha.

Earlier in the day, Venezuela earned a creditable goalless draw against Colombia, who are now second in the group on four points - two points behind Brazil.

Brazil led after 12 minutes thanks to a goal from Alex Sandro of Juventus, and shortly after half-time Neymar scored his 68th goal for his country - leaving him just nine goals shy of Pelé's all-time scoring record.

What a start for Brazil in the 2021 Copa America ?? pic.twitter.com/QjLwgnW0m2

Pelé later wrote about Neymar on Instagram: "Today, he took another step towards my goalscoring record for the national team.

"And I'm rooting for him to get there, with the same joy I've had since I saw him play for the first time."

Venezuela's hopes were severely affected before the tournament began when eight players tested positive for COVID-19 and were forced to self-isolate.

Players or officials from four of the 10 teams are now isolating due to positive COVID-19 tests.

The late decision by the South American Football Confederation to switch the tournament to Brazil after Argentina withdrew because of COVID-19 concerns caused an outcry in the country.

The Venezuelan team managed just one shot against 17 by Colombia,  but their keeper Wuilker Farinez was in outstanding form.

Colombia had Luis Diaz sent off for a foul in the 94th minute, four minutes after Miguel Borja had seen what looked like a dramatic winner ruled out for offside.

Brazil face Colombia next on June 23 before completing their Group B fixtures against Ecuador.

Four teams from each of the two groups will contest the quarter-finals on July 2 and 3.