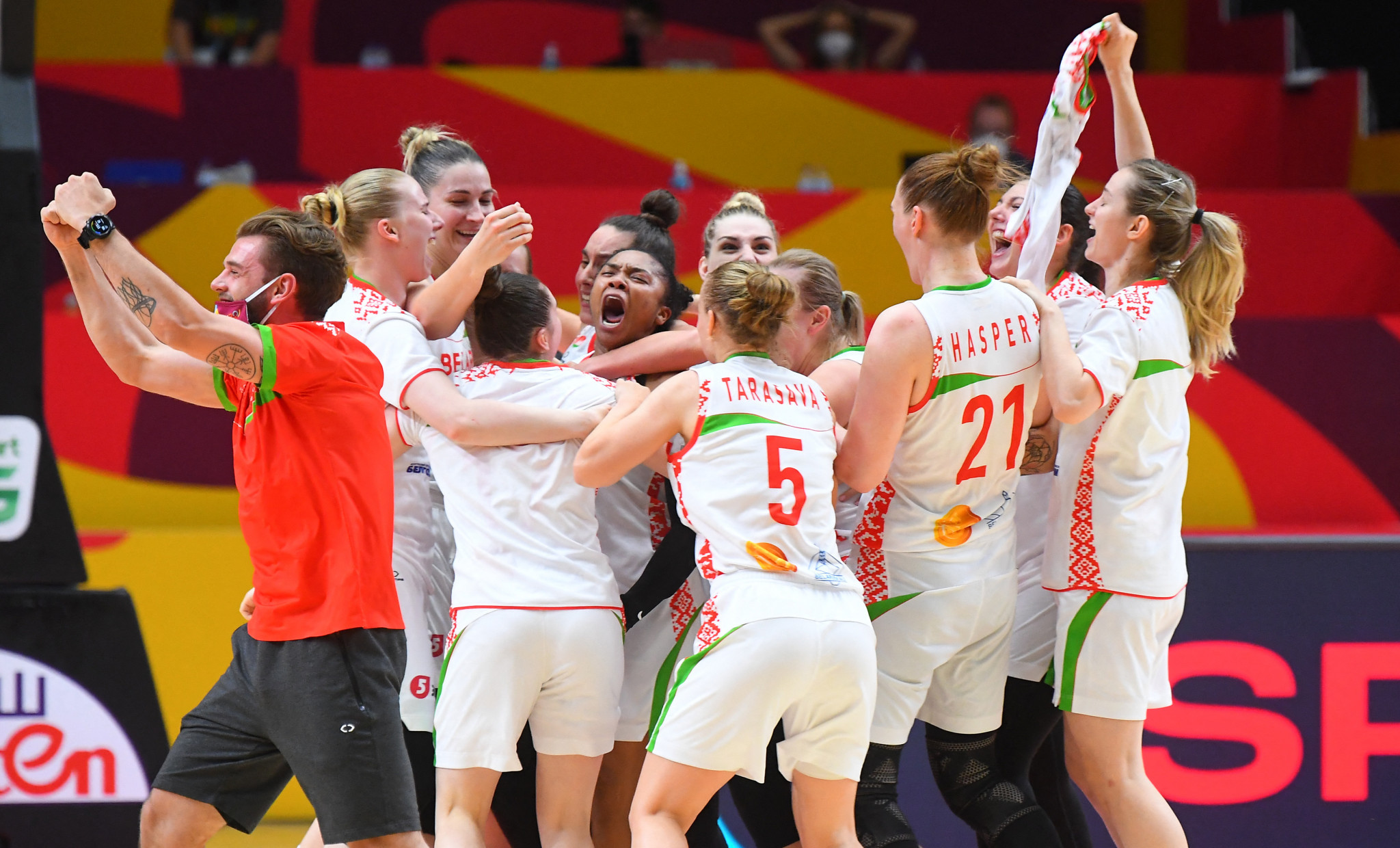 Co-hosts and defending champions Spain were stunned by Belarus on the opening day of the International Basketball Federation (FIBA) Women’s EuroBasket tournament.

The back-to-back champions lost their Group A opener in agonising fashion, with Alex Bentley breaking a 51-51 tie with just 0.8 seconds remaining - being freed by a nice screen to sink the decisive bucket.

Maryia Papova finished with a double-double - 19 points and 13 rebounds.

Sweden beat Slovakia 74-57, with sisters Frida and Elin Eldebrink scoring a combined 32 points, in the other Group A match.

Those games were played at Valencia's Pavelló Municipal Font de Sant Lluís, as were two Group B encounters, including an overtime thriller between Serbia and Italy.

It was the Serbians who emerged 86-81 winners, thanks largely to Sonja Vasić and her 27 points, 13 rebounds, 7 assists scoring line.

Montenegro defeated Greece 70-55 in the group's other encounter.

Across the border, at Rhénus Sport in Strasbourg, co-hosts France made an emphatic start to Group D life, beating Croatia 105-63.

Russia too made a winning start.

Maria Vadeeva finished with 27 points and 16 rebounds as Russia beat the Czech Republic 73-69.

In Group C, Slovenia beat Turkey 72-47 and Belgium suffered a shock loss to Bosnia and Herzegovina, going down 70-55.