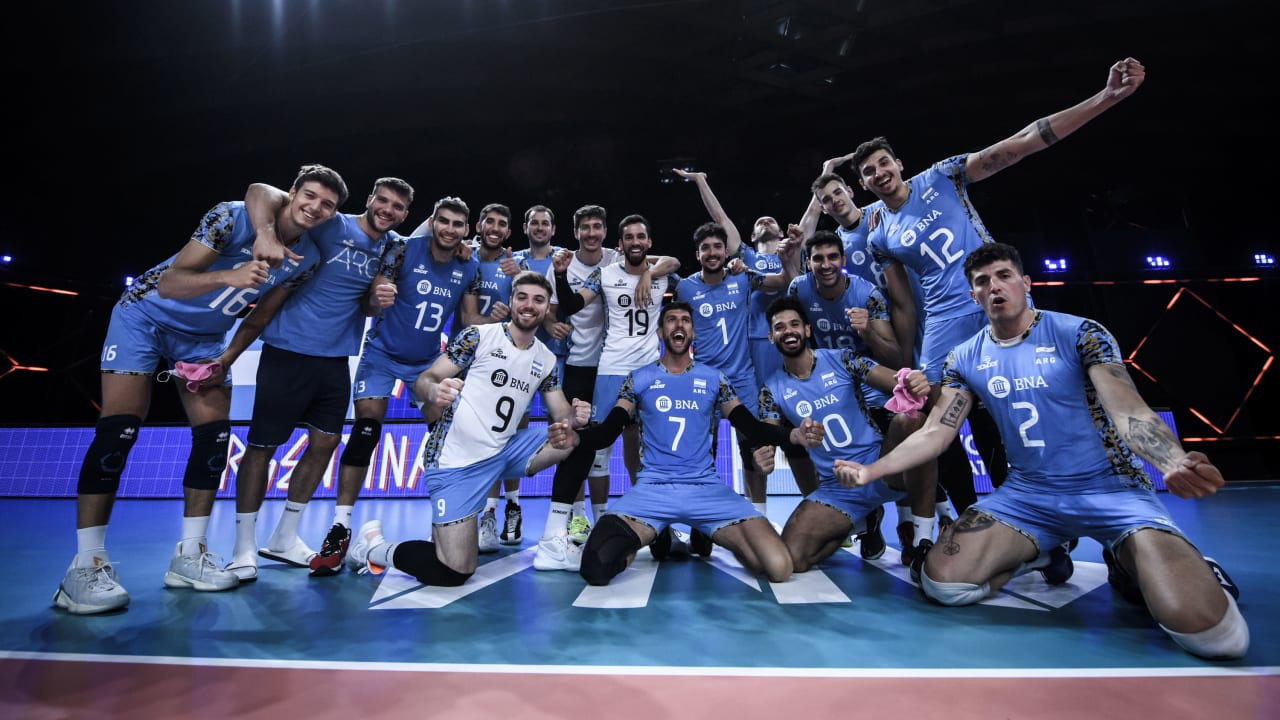 Argentina, who have so far been hampered by a pre-tournament coronavirus outbreak and the subsequent suspension of replacement players for breaking quarantine rules, defeated Serbia 27-25, 25-20, 26-24 in the opening match of the day.

"It was an important game for us," Facundo Conte, who led the Argentinian effort with 14 points, told Volleyball World.

"It was one of the last games we are playing here at the VNL.

"We are preparing for the Olympics, so I'm really happy about this win."

The defeats could prove to be costly for top-four challengers Serbia and France.

Brazil beat Australia in three sets and world champions Poland did the same versus neighbours Germany.

In the day's over matches, Canada brushed aside Japan in three sets and the United States came from behind to topple the Dutch in a five-setter.