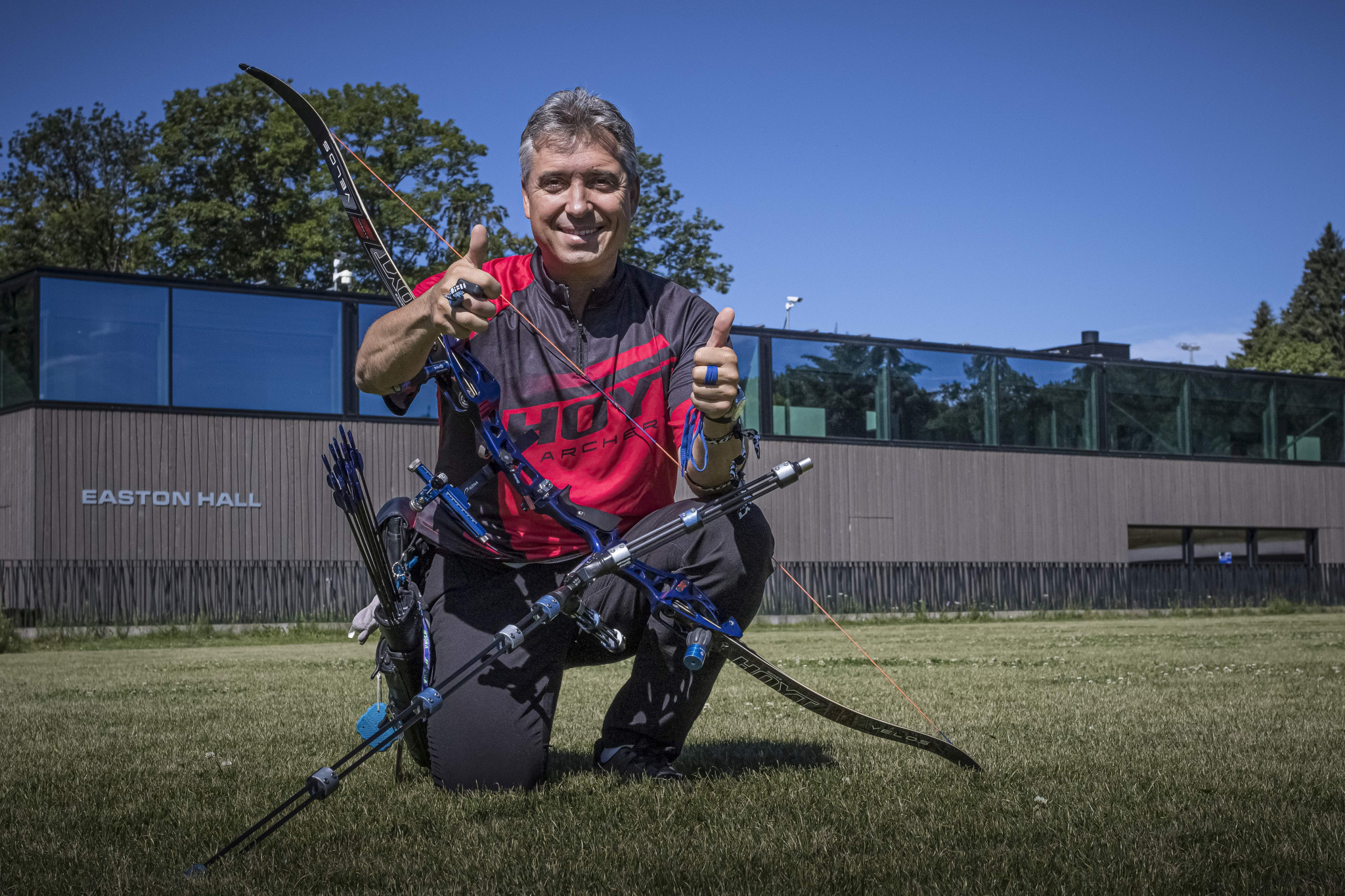 Olympic gold medallist Juan Carlos Holgado has been chosen to lead the Make a Mark refugee archery programme for Paris 2024 - a scheme its founder, three-time Olympic champion Niccolo Campriani, says has given "added value" to his medals.

Italian marksman Campriani set up Make a Mark in 2019, three years after winning the 10 metres air rifle and 50m rifle three positions gold medals at Rio 2016 and then retiring from the sport.

"To me, the medal count was not enough but this gave meaning to thousands and thousands of hours at the range," Campriani said.

"I have received so much from it."

Last week, two of his charges were confirmed for Tokyo 2020.

Luna Solomon, a refugee from Eritrea, has been selected for the Refugee Olympic Team, and Mahdi Yovari will represent Afghanistan at the Games and use Campriani’s medal-winning rifle, retrieved from the Olympic Museum, at the Tokyo Games.

"Tokyo will be a unique experience for them," added Campriani.

"It can even be a milestone for their lives."

After this year's delayed Olympics, Make a Mark is set to branch out from shooting to also include archery, and Campriani is hopeful more sports could follow.

"I want to inspire other Olympians to think about the same thing, basically give back to the community specifically to the refugee community and train other refugees for the next Olympic Games," said Campriani, who credits the Refugee Olympic Team with motivating him to establish the foundation.

"I was very much inspired by the initiative of the IOC to have a refugee team in Rio.

"I wanted to contribute in my way which was really dedicating my time, my resources and my network as an Olympic champion to the cause."

His small-bore victory 2016 came after a mistake from Russian rival Sergey Kamensky.

"The way I won the gold in Rio was a bit of a gift," admitted Campriani.

"I always felt that I deserved the silver, but Kamensky made a bigger mistake and gave me the gold.

"I never felt okay with it so in the end I decided to make a donation which was exactly the difference between the silver and the gold to UNHCR."

In 2017 he was given the opportunity to visit a refugee camp.

"It was a powerful experience.

"I still remember the feeling, we visited one of the biggest camps in Zambia.

"It was very strong for me to process.

"As an athlete and as an engineer, I want to find a solution to everything, I still remember feeling powerless.

"I went back home, digested everything and convinced myself that maybe it was going to be a drop in the ocean, but that drop was important."

Campriani, a senior figure in the IOC sports intelligence department, has been coaching three shooters since 2019 in his spare time and admits it has also helped him after retirement from competition.

"After so many years spent on the shooting range with earplugs, I discovered the value of sharing.

"For me to be associated with a natural project, it was a great way to move on to the next part of my life and to give meaning to those medals.

"If it wasn’t for that Olympic champion title, probably I would not have the chance to leverage on the network, so in a way it added value and meaning to those medals.

"It is what we needed as retired athletes looking back, to know that it was worth it."

Campriani called on help from sponsors from his career to help with equipment and clothing, and was "overwhelmed by the support of my community".

Now Holgado will help develop the project and mentor refugees it is hoped can compete at Paris 2024.

"Taking this project forward in archery is an impactful way for me to raise awareness of the worldwide refugee crisis while providing refugees and displaced people a unique opportunity to learn the art of archery which requires both physical and mental toughness," said Holgado.

"Of course, Paris 2024 is the ultimate goal and I have no doubt that this will be achievable with lots of effort, training and the expert support of Make a Mark and World Archery.

"Archery has been an integral part of my life since I began training at the age of nine and then through four Olympic Games, two as an athlete and two as a coach, and finally in event management and sports administration.

"I can think of no better project to give back my knowledge and experience to those who have not had the opportunity to compete in sport due to an extremely difficult start to life."

Holgado, a Barcelona 1992 team gold medallist with Spain, is the director of the World Archery Excellence Centre, and was described by Campriani as "an integral part of Luna and Mahdi’s journey to Tokyo 2020 and an active supporter of Make a Mark since the beginning".