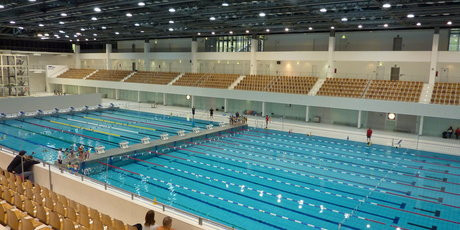 A total of 340 athletes from nearly 50 countries are set to compete in the World Para Swimming World Series event in Berlin, which is due to begin tomorrow.

The swimming pool at the Schwimm- und Sprunghalle in the Europasportpark is considered one of the fastest in the world so it could prove to be an ideal opportunity for swimmers already qualified for the rearranged Paralympic Games in Tokyo to finetune their preparations.

It could prove even more important for those athletes still hoping to clock qualifying times.

Among those who still need to book their place is Germany’s Mira Jeanne Mack, who lives and trains in the German capital.

The 17-year-old returned from the recent European Open Championships in Madeira in Portugal with a silver medal in the women’s 100 metres backstroke SB7 and a bronze in the 400m freestyle S8.

Maack is due to compete in seven events in Berlin, at a competition due to last until Sunday (June 20).

Spain is sending 22 swimmers to Berlin and they will be hoping to secure places at Tokyo 2020 alongside the 24 already selected by their country for the Paralympic Games.

The Netherlands missed the European Open Championships but will be sending a team of 10 to Berlin, including four gold medallists from the 2019 World Para Swimming Championships in London.

Tokyo 2020 hosts Japan will also be among the 48 countries taking part in this event, the fourth leg in this year’s World Series which has also included events in Sheffield in the United Kingdom, Lewisville in the United States and Lignano Sabbiadoro in Italy.

They are due have seven swimmers in action, led by Takayuki Suzuki, winner of three Paralympic medals, including a gold in the SB3 50m backstroke at Beijing 2008.