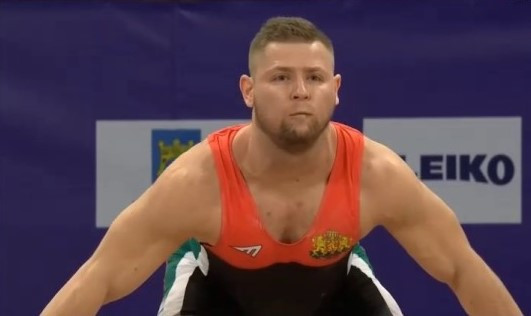 One of Bulgaria’s two weightlifters at the delayed Olympic Games in Tokyo may have to forfeit his place after a fellow member of the national team was charged with refusing to give a sample to testers.

The ITA, which formally took over all anti-doping procedures for the International Weightlifting Federation (IWF) last October, said that when he was located, Beytula "refused to provide a sample during the doping control".

Beytula has now been charged with two violations of IWF anti-doping rules: Article 2.3 [evading and refusing sample collection] and Article 2.5 [tampering or attempted tampering with any part of doping control].

He served a two-year suspension from 2013 to 2015 when he tested positive for stanozolol, and will be liable for an eight-year ban this time.

If this case is closed by July 22 - two days before weightlifting is due to begin in July and the deadline for counting up multiple doping violations in the IWF’s qualifying rules - it will take Bulgaria to 20 doping offences since the 2008 Olympic Games in Beijing.

The move from 19, where Bulgaria sits now, to 20 would cost them a quota place.

Nations with 10 to 19 violations since 2008 - the point from when the International Olympic Committee started to store samples for future testing - can send a team of two men and two women, but once the number hits 20 only one of each gender is allowed.

Bulgaria did not qualify any women.

"This is very bad news for us," said Nedelcho Kolev, a double world champion in the 1970s who until recently was President of the Bulgarian Weightlifting Federation.

Beytula was sixth in the European Championships in Moscow in April, a result that left him too far down the rankings to claim an automatic qualifying slot.

He was overlooked when Bulgaria selected Hristo Hristov at 109kg and the Tokyo 2020 medal prospect Bozhidar Andreev at 73kg.

The most sensational performance in Moscow, by far, came from a Bulgarian.

Karlos Nasar made a barely believable total of 369kg in the 81kg category at the age of 16, finishing 23kg clear of Beytula and coming within one kilogram of the senior world record in the clean and jerk.

It was one of the most remarkable performances by a teenager in the history of the sport, and it raised many eyebrows.

Bulgaria, a powerhouse of world weightlifting in the 1970s, 1980s and early 1990s, has had a wretched time this century because of doping.

When two Bulgarians tested positive for a diuretic at Sydney 2000, just as two others had done at Seoul 1988, the team was sent home from Australia in disgrace.

The charges against Beytula add to the unresolved issues the ITA and IWF, via its independent sanctions panel, have to try to clear up in the next five weeks.

Romania, Vietnam and Colombia could be suspended, and now Bulgaria could lose a quota place.

There could be more to come, too, as a result of wider investigations into doping in weightlifting by anti-doping authorities.