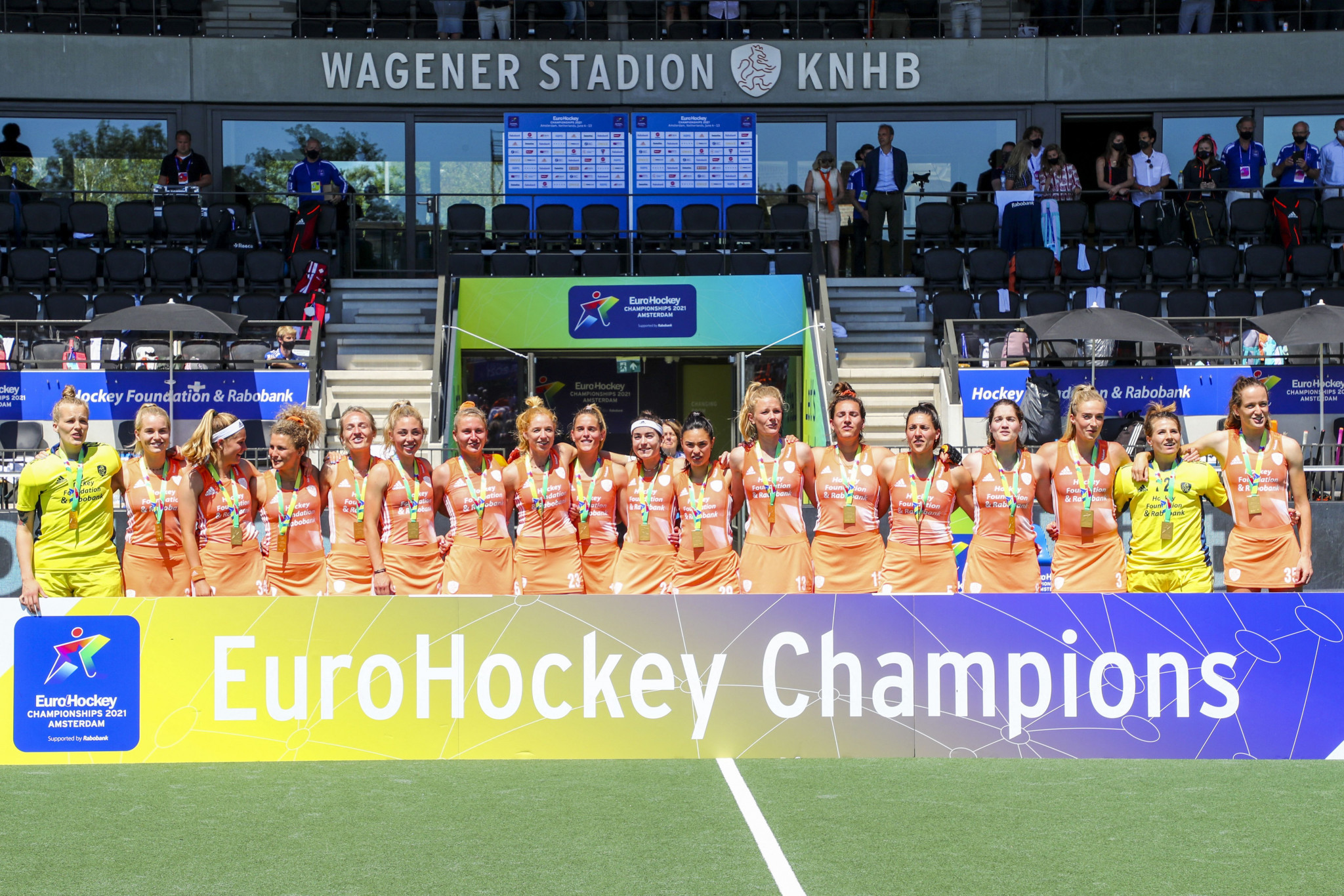 There was a sense of déjà vu in Amstelveen as hosts The Netherlands beat Germany 2-0 to regain the women’s EuroHockey Championship crown.

It was the same scoreline when the Dutch team triumphed against Germany in the final in 2019 and they were equally impressive this time around as they chalked up an 11th title and third in succession.

It also comes just 24 hours after The Netherlands’ men’s team emerged comfortable 4-1 winners from the shootout after Germany held the hosts at 2-2 at the end of regulation time.

Germany were no pushovers in today's contest but they failed to take advantage of a string of seven penalty corners in almost as many minutes.

The Netherlands were 1-0 up courtesy of an effort from a penalty corner from Marloes Keetels.

The third quarter saw Germany really ramp up the pressure on the world champions, but the Dutch defence was magnificent while Josine Koning was outstanding in goal.

Germany’s best chance fell to Lisa Altenburg but the outstretched stick of Sanne Koolen somehow blocked the path from the striker to the goal.

The result was put beyond doubt in the 56th minute when Frederique Matla showed great awareness and skill to flip the ball over the head of Julia Sonntag after a quick break had caught the German team high up the field.

"That was tough battle as both sides were pushing hard," Keetels said following the win.

"The Germans played a hard, running game and we really enjoyed the challenge of playing a side of such quality.

"The crowd was brilliant.

"We have been a long time without crowds and now it is hard to describe how it feels to be playing in front of crowds again - it was awesome."

In the bronze-medal match, Belgium powered to an impressive 3-1 victory over Spain.

Barbara Nelen opened the scoring for Belgium in the 21st minute when she squeezed the ball past Maria Ruiz from an acute angle.

Lucia Jimenez gave Spain hope when she struck but the impressive Ambre Ballenghien smashed home a third goal for Belgium to seal victory.

As joint hosts of the FIH Women’s Hockey World Cup in 2022, The Netherlands and Spain already had guaranteed spots.

This means qualification from the EuroHockey Championship extends to the top five teams, with Belgium and England joining Germany in qualifying.

The remaining teams - Ireland, Italy and Scotland - will have a further opportunity to qualify for the World Cup via the European World Cup Qualifying Tournament, scheduled to take place later this year.