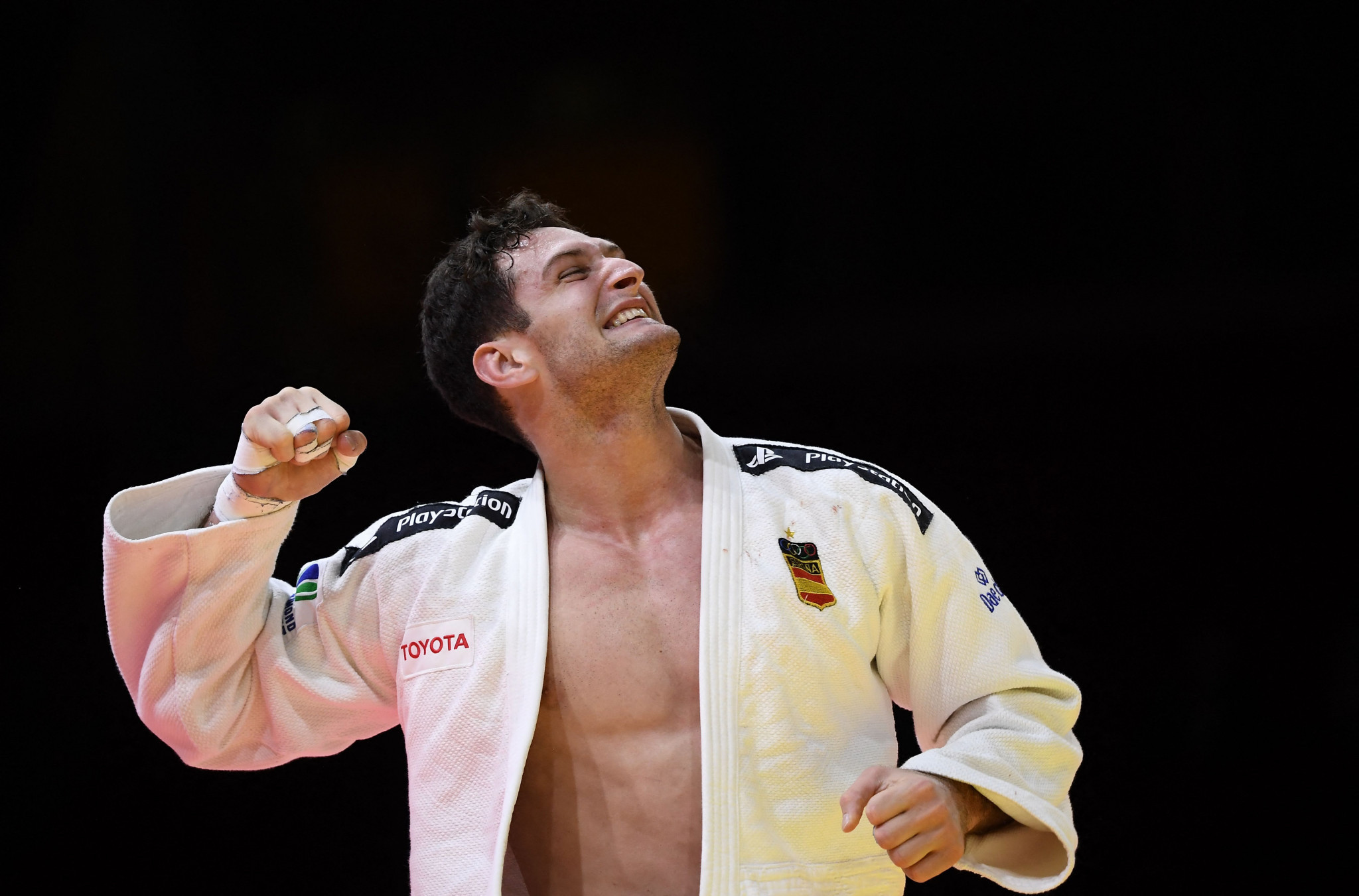 Nikoloz Sherazadishvili pulled off a sensational throw to defeat Davlat Bobonov with an ippon and claim his second world title at the International Judo Federation (IJF) World Championships in Hungarian capital Budapest.

Bobonov of Uzbekistan proved to be a tricky customer for the Spanish world number one as it became a tight and tactical men’s under-90-kilogram final.

Sherazadishvili, a world gold medallist in 2018, was one penalty away from losing the contest but clinched victory when he drove Bobonov to the floor with an ouchi gari to score an ippon in the golden-score period.

It was a superb way to finish day five which had already seen Hungary celebrate its first medal of the tournament courtesy of Krisztián Tóth’s bronze.

Tóth took down Mongolian giant Altanbagana Gantulga to the delight of the home crowd, while Marcus Nyman of Sweden beat Japan's Kenta Nagasawa in the other bronze-medal match.

Barbara Matić of Croatia, a former junior world champion, claimed her first senior world title after overcoming Yoko Ono of Japan in a close women's under-70kg final that was decided by a waza-ari.

Michaela Polleres of Austria and Sanne van Dijke of The Netherlands also secured places on the podium after beating Megan Fletcher of Ireland and Miriam Butkereit of Germany respectively in the two bronze-medal bouts.

After Clarisse Agbegnenou achieved her fifth world women’s under-63kg title, France would have been hoping for another gold medal as Marie-Eve Gahié looked to defend her women’s under-70kg crown.

Gahié achieved silver in 2018 before striking gold in 2019, but she was ousted in the second round on this occasion courtesy of a shock defeat to Hilde Jager of The Netherlands.

The match went into the golden-score period before Jager produced a sensational move to pin Gahié to the ground for an ippon.

Jager ran out of steam in the next round as she went out to eventual finalist Matić, but her efforts blew the women’s draw wide open.

Beka Gviniashvili was among the contenders for the men’s under-90g title as Georgia eyed a medal for a third straight day.

Four-time Pan American champion Felipe Silva Morales of Cuba also suffered a surprise early exit after losing to Islam Bozbayev of Kazakhstan in the third round.

Home judoka Peter Safrany and Gercsák Szabina both lost their opener, meaning all of Hungary’s hopes rested on the shoulders of world number four Tóth.

Tóth looked like following Safrany and Szabina out of the tournament after world number 47 Erlan Sherov of Kyrgyzstan scored a waza-ari.

But with one minute left and the crowd behind him, Tóth slammed Sherov to the ground for an ippon.

Tóth then defeated Han Ju-yeop of South Korea and Nyman to reach the semi-finals where he faced Bobonov.

There was little between the two fighters before Bobonov sensationally flipped Tóth onto his side to register a match-winning waza-ari in the closing stages.

On the other side of the draw, Sherazadishvili eased through the early rounds and set up a showdown with Bobonov after pulling off another ippon to beat Nagasawa of Japan.

The women’s semi-finals took place at the same time on opposing mats, leaving spectators torn between the two as both contests went the distance.

After seven minutes of fighting, Van Dijke eventually tapped out after being held down by Ono to end an absorbing match before Matić defeated Polleres with an ippon in the golden-score period.

Competition is scheduled to continue tomorrow with the women's under-78kg and men's under-100kg preliminary rounds, semi-finals and finals.

To read our live blog from day five, click here.