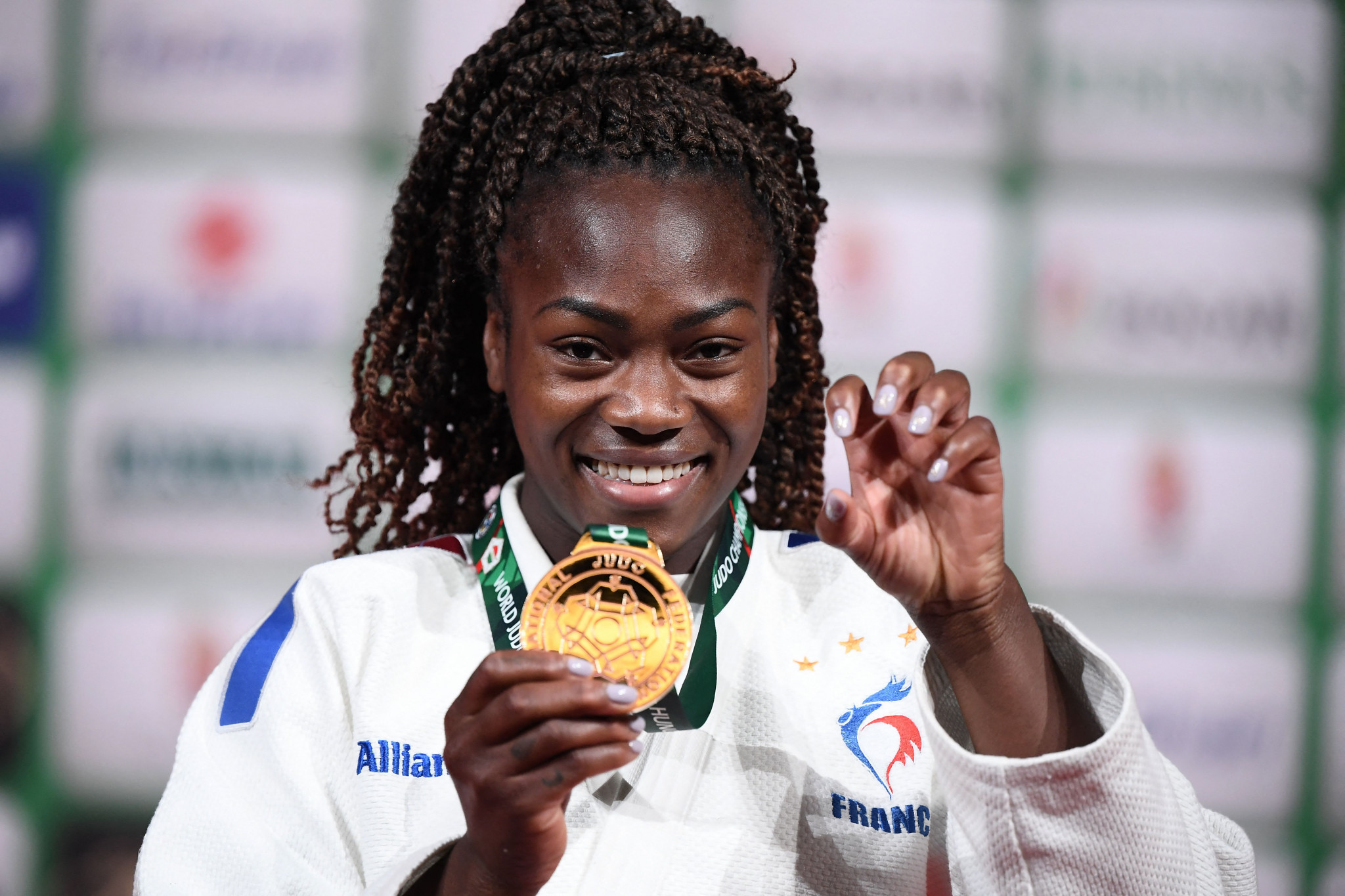 Five-time world judo champion Clarisse Agbegnenou has revealed that she intends to step away from competitive action for "at least a year" after the Tokyo 2020 Olympic Games.

The Frenchwoman said she felt "exhausted" and "mentally empty" as she expressed the need to take a prolonged break from the sport.

And the 28-year-old confirmed that she also planned to "hang up the judogi for good" after the Paris 2024 Olympics.

Agbegnenou was speaking after claiming her fifth world title in the women’s under-63 kilograms division at the World Championships in Hungarian capital Budapest yesterday.

She is now set to head to Tokyo where she will aim to become Olympic champion for the first time before taking a much-needed rest from judo.

"Of course I will try to win the gold medal, but whatever happens, after Tokyo I will take a break of at least a year," said Agbegnenou, who captured silver at Rio 2016.

"I am exhausted, mentally empty.

"I need a break to come back stronger and with or without victory in Japan, I will hang up the judogi for good after the Paris Olympics."

Several judoka have not turned up in Budapest to defend their world titles, preferring to focus on preparations for the Olympics which are due to open next month.

But Agbegnenou said she was determined to maintain her stranglehold on the weight division and secure world gold for the fourth time in succession.

Last year's World Championships were cancelled because of the coronavirus pandemic.

"I was thinking about whether I should do the worlds but I thought you never know what can happen at the Olympics," said Agbegnenou.

"I thought I am going to fight for it and it should be part of my preparations so I had to go for it and get the fifth world title."

Agbegnenou powered through the rounds in Budapest, winning all five of her matches via ippon and she saw off Andreja Leški of Slovenia in the final.

"I knew it wasn’t going to be easy for me because she is a great judoka," said Agbegnenou.

"Today I thought this is my day and I don’t want to lose this fight.

"I was thinking there is only one fight left and you have to get this medal.

"This year was really hard for me so I am happy to be here and have the five gold medals now with two in Budapest so I am really proud."