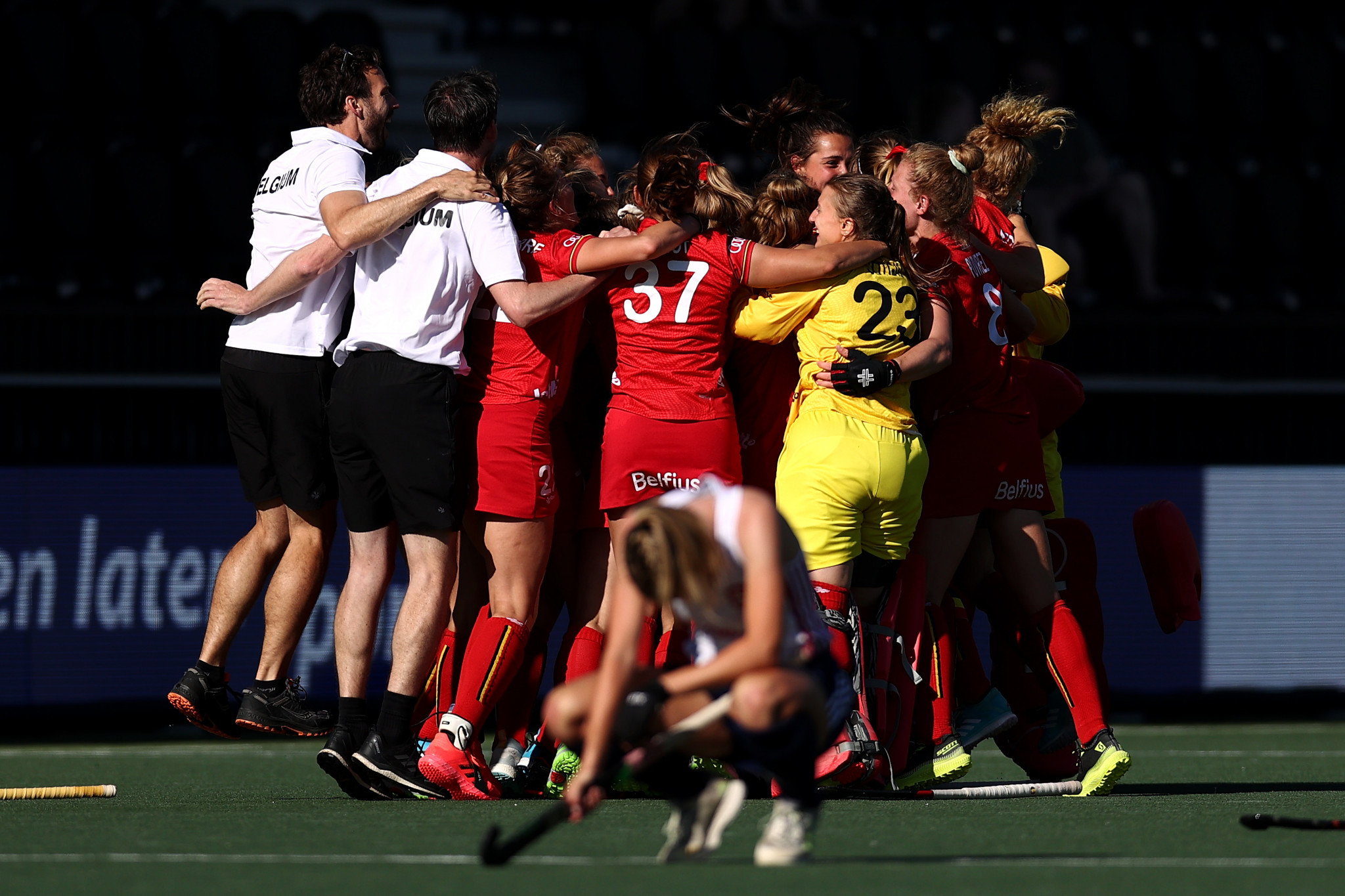 Belgium and Spain each squeezed through to the semi-finals of the women's EuroHockey Championship by ending the group stage with a 1-1 draw - although not against one another.

In Group A in Amstelveen, the Spanish began their match against Ireland knowing that all they needed to do to advance was avoid defeat, and that they duly did.

Róisín Upton scored for Ireland in the second minute, converting from a short corner, but Begoña Garcia restored parity in the 12th, again from a penalty corner.

It finished 1-1, and that result was enough to see Spain through on goals scored.

Both sides finished the group with four points and a goal difference of negative three, but Spain advanced, effectively through the 56th-minute consolation they scored in a 7-1 thrashing from The Netherlands.

The Dutch, the hosts and defending champions, hammered Scotland 10-0 in the group's other game today, with Maria Verschoor scoring a hat-trick.

England's exit via a 1-1 draw came in heartbreaking fashion, as Giselle Ansley's 58th-minute goal appeared to have sent them to the final four.

Ansley dissected the Belgian goalkeeper and player on the post with an expert flick from a penalty corner to break the deadlock.

However, with fewer than 90 seconds remaining, Stephanie Vanden Borre scored a leveller, squeezing an effort under England shot-stopper Maddie Hinch from another short corner.

The result left Belgium on five points compared to England's four, and in second place in Group B, behind Germany.

This is the first time England have not reached the semi-finals in the competition's history.

Germany will face Spain and the host nation are up against neighbours Belgium.