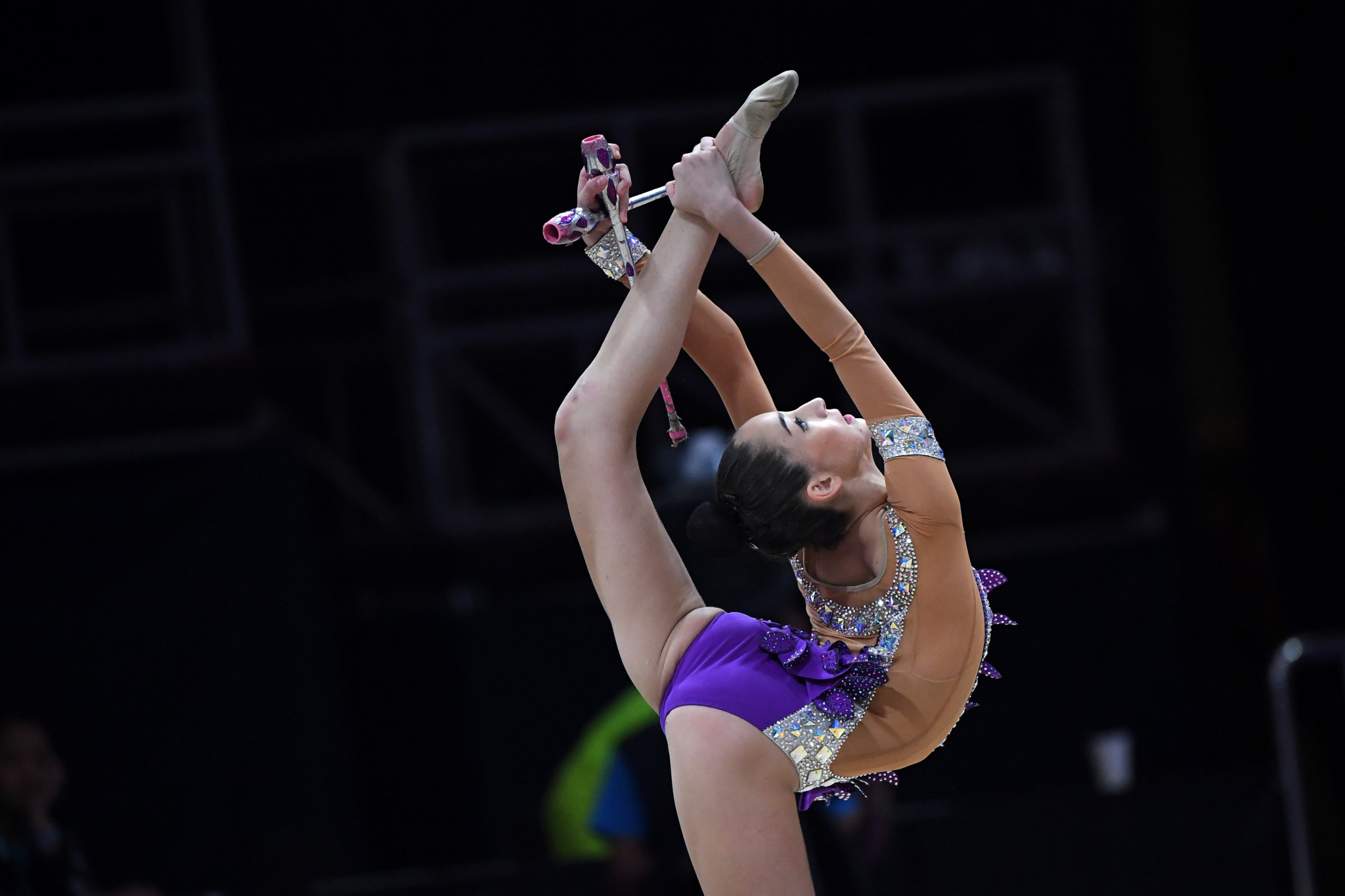 Kazakhstan's Alina Adilkhanova and China's Zhao Yating claimed the individual gold medals today, on the second day of competition at the Asian Rhythmic Gymnastics Championships at the Gymnastics Sport Palace in Tashkent.

Zhao is the reigning champion in hoops, ball, ribbon and clubs, but was unable to defend her clubs title, with the Kazakh scoring 24.00 to win gold in Uzbekistan's capital.

Adilkhanova tied with home athlete Takhmina Ikromova with her final score, but had a superior execution score of 7.60 to her opponent's 7.40, ensuring she would finish top of the podium.

Zhao was close behind for the bronze medal with 23.40, ahead of Uzbekistan's Ekaterina Fetisova, who finished fourth on 23.15.

The Chinese gymnast defended her ribbon title successfully to close day two, scoring 22.75 to finish far ahead of the rest of the field.

Ikromova won her second silver medal of the day, scoring 21.30, while Kazakhstan's Adilya Tlekenova claimed bronze with a score of 20.95, marginally ahead of South Korea's Kim Chae-woon on 20.80.

Finally, Uzbekistan claimed the group all-around gold medal after finishing top of the table in the five balls and the three hoops, two pairs of clubs apparatus events.

The hosts claimed the gold medal with 83.95, while South Korea were far off for the silver with 61.90.