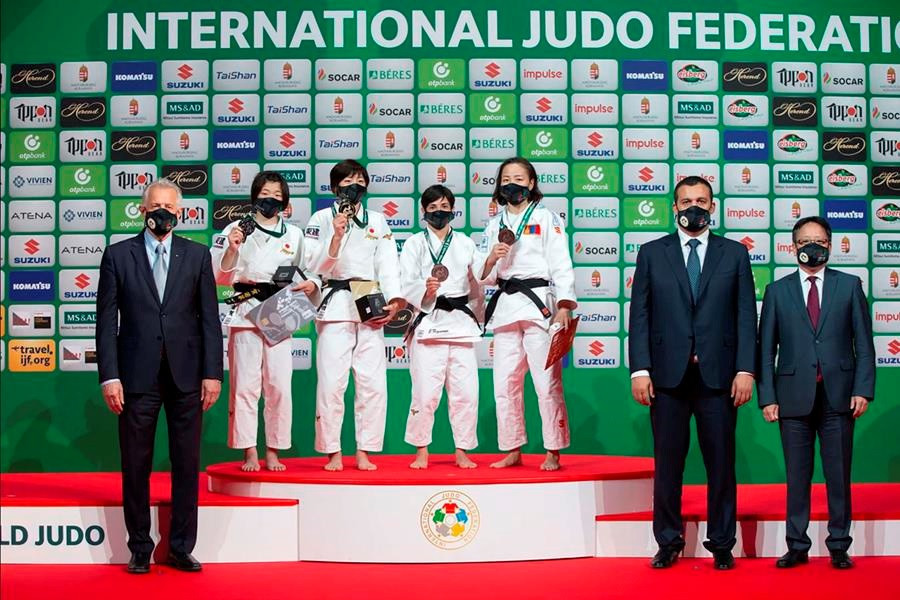 Kremlev visited yesterday's Opening Ceremony of the IJF’s flagship event which is due to be held until Sunday (June 13) in Budapest.

More than 660 judokas from 118 countries travelled to the Hungarian capital to compete across seven weight divisions.

Kremlev handed out the medals in the women’s 48-kilogram category along with Schmitt Pal, an International Olympic Committee member and former Hungarian President, and Zeneemyadar Batbayar, Ambassador of Mongolia to Hungary.

"I congratulate International Judo Federation with the opening of the World Judo Championships," said Kremlev.

"It was an honour to watch such a historical event.

"All the talented bright people were collected together in one place to prove one more time that sport unites."

IJF President Marius Vizer, Gergely Gulyás, the Minister of the Prime-Minister’s Office of Hungary, and Laszlo Toth, head of the Hungarian Judo Federation, were also in attendance at yesterday’s Opening Ceremony.

A perfect performance by Shishime Ai - she repeats her performance in Budapest to reclaim her World title, Perez Box fought well but will have to settle for a World silver, Gold for Japan!

The IJF is returning to Budapest after it hosted a World Judo Tour leg in October where the series ended its seven-month hiatus caused by the COVID-19 pandemic.

It is also the second time the Hungarian capital has staged the World Championships having played host four years ago.

"It is a great occasion for us to organise the World Championship here in Budapest," said Vizer.

"The judo family is united and strong.

"I wish this championship to be an example for all international and national tournaments. We respectfully welcome you all and wish all of you to be successful at these World Judo Championships.

"We have a most important IJF ambassador, Mr Albano, well known in the fields of music and culture and I want to thank him for the IJF anthem, which was played during the ceremony."

Toth added: "Mr Marius Vizer, Mr Gergely Gulyás, Mr Evgeny Kuyvashev, Mr Umar Kremlev, Mr Vasily Anisimov, ladies and gentlemen, boys and girls, I respect and welcome all the competitors of the World Judo Championships in Budapest and I welcome all from the International Judo Federation, our special guests and every athlete from the 118 countries, to this fantastic event.

"I trust that the organisation of this event, like in 2017, will help us to spread the good reputation of Hungary and to popularise judo all around the globe.

"I wish much success to all the competitors and much excitement for you as you enjoy the judo."