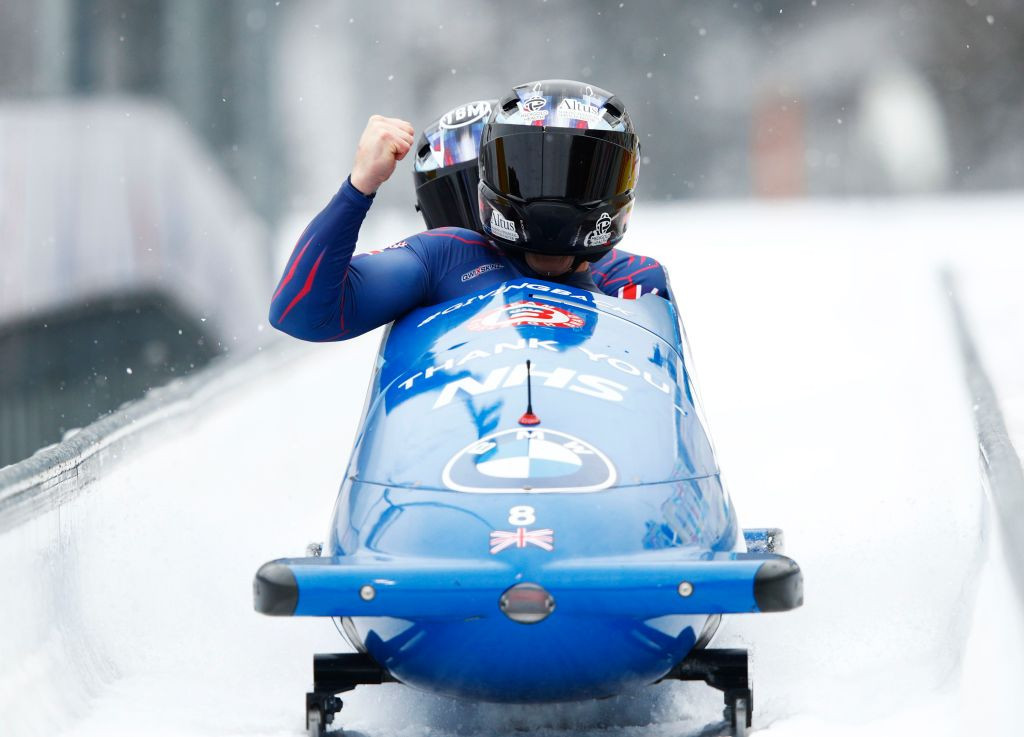 The British Bobsleigh and Skeleton Association (BBSA) has "welcomed" being cleared of wrongdoing by an independent investigation into allegations of bullying and racism against the Board.

UK Sport launched an investigation, conducted by specialist agency Quest, after the BBSA was reported by one of its former directors, Colin Rattigan.

The investigation concluded that all allegations made were unsubstantiated.

"We acknowledge Quest’s findings of their independent review into the conduct of the BBSA Board which found no evidence of misconduct," UK Sport chief executive Sally Munday said.

"Quest have now closed their independent investigation into the matter."

Rattigan was removed as a director of the BBSA with immediate effect last October, shortly after the investigation was launched, after he was said to have "fundamentally breached" the national governing body's code of conduct.

The BBSA claimed it took the "unprecedented step" after Rattigan had "undermined the very organisation which he was appointed to serve", adding that the dismissal was "separate" from the issues that were the subject of the investigation.

Rattigan, who competed for Great Britain at the 1988 and 1992 Winter Olympics, told BBC Sport in March that he denied the BBSA claim and had "absolutely no confidence" in the enquiry.

Rattigan originally claimed in July last year that he was subject to an "extended period" of bullying and harassment, and that recordings of Board meetings were made in an attempt to entrap him.

He also said a number of sources had told him that bobsleigh pilot Lamin Deen and other black coaches were being subjected to discriminatory treatment.

Last November the PA News Agency reported that 13 athletes and two coaches had written to the BBSA saying Rattigan’s dismissal would have an "adverse effect on their chances of success".

The report quoted from a letter signed by British Bobsleigh Athletes: "The strategy and structure created and put into place by Colin Rattigan during his short tenure as the bobsleigh development director is the best development plan we have seen for many years."

But two leading British crews piloted by the top-ranked man, Brad Hall, and Mica McNeill, a Youth Olympic silver medallist, claimed they could not agree with the statement in the letter.

The BBSA has already been the subject of an independent investigation by UK Sport, with the organisation looking into allegations of a "toxic culture" in 2017.

Its bobsleigh funding was axed and the governing body was told by UK Sport that its £7.2 million ($9.3 million/€7.9million) investment in its successful skeleton programme was contingent on a major shake-up of the BBSA Board.

The BBSA had £5 million ($7 million/€6 million) of public funding for bobsleigh for the four years up to Beijing 2022 taken away after a disappointing showing at Pyeonchang 2018, after which half of the eight-strong BBSA Board stepped down.

The current Board has an equal split of male and female representatives and includes double Olympic skeleton champion Lizzy Yarnold.

All allegations made against BBSA Board unsubstantiated as Independent Investigation concludes - full statement via ➡️ https://t.co/G3HIlrvV6C

In a statement, the BBSA said: "The allegations were of a very serious nature: harassment, victimisation, bullying, racial discrimination, financial mismanagement and the falsification of corporate records.

"The discriminatory behaviour was alleged to be against Colin Rattigan, coaches and athletes.

"Of the eight allegations, not one was substantiated.

"Over a 10-month period, the chair of the BBSA, Joanna Poulton, was interviewed on no fewer than four occasions, with the rest of the Board interviewed at least once and, indeed, many of them twice.

"The Board members accepted substantial delays to the completion of the report to accommodate multiple requests for extensions to the time for Colin Rattigan to submit himself to a full-disclosure interview - something which, in the end, he never did.

"To accuse fellow Directors and the Board as a whole and then refuse to engage meaningfully with the investigation he himself had requested is not only unhelpful but, in our view, unethical…

"This has been a particularly distressing time for the Board members, some of whom have faced serious allegations against their character as well as their competency; allegations which have been found to be unsubstantiated at all levels or dismissed in the strongest of terms.

“The BBSA recognises the Report’s recommendations - none of which relate to allegations of harassment, victimisation, bullying or discriminatory behaviour and has already enacted the majority of these."