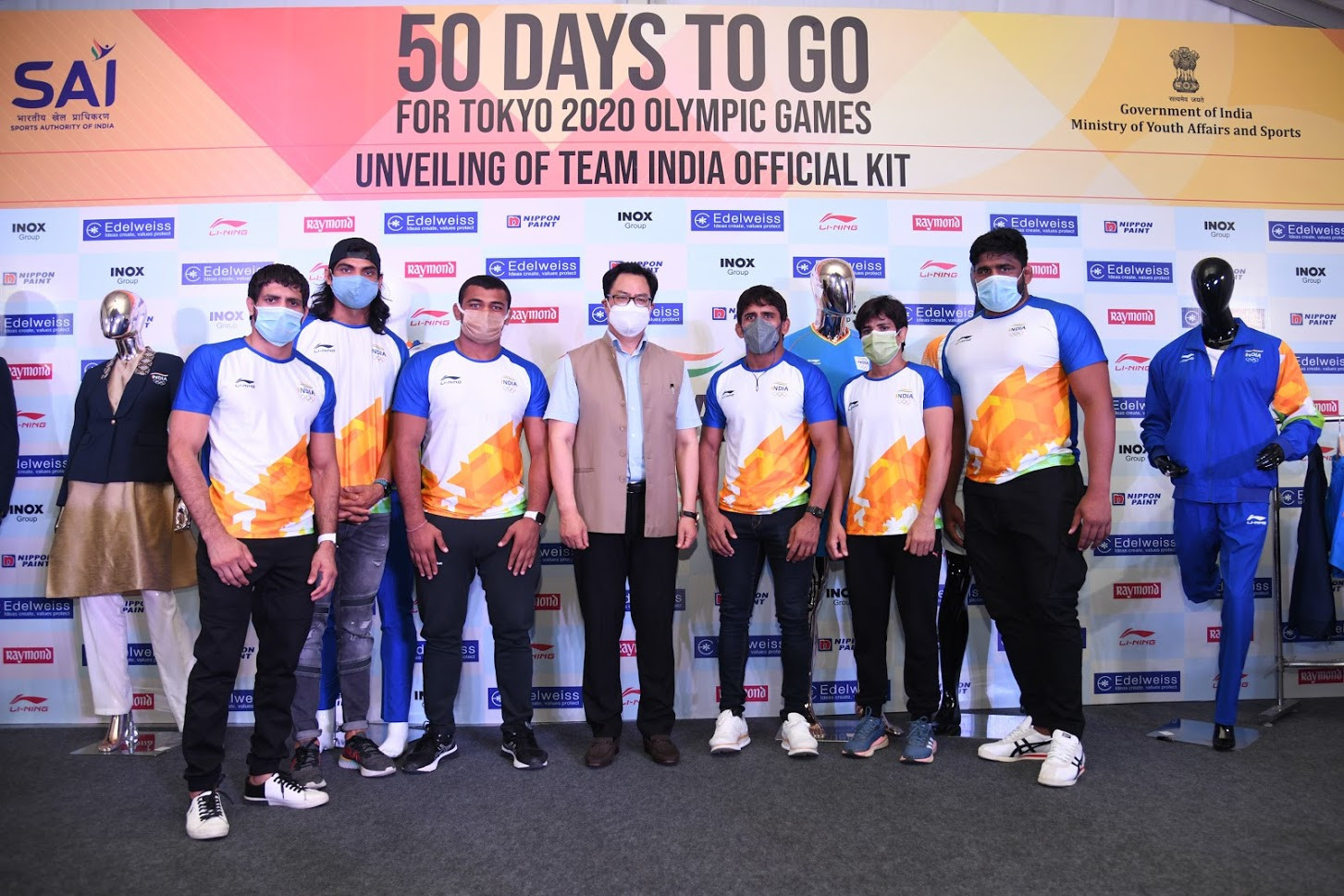 The Indian Olympic Association (IOA) has unveiled the kit its athletes will wear at the delayed Tokyo 2020 Olympic Games.

The kit has been designed by Chinese company Li-Ning.

According to the IOA, the uniform, revealed to coincide with 50 days to go until the scheduled Olympic Opening Ceremony on July 23, displays India's national colours alongside integrated unique graphics.

It includes travel kit as well as the playing uniform for India's competitors at the Games.

"The launch of the official kit of the Indian Olympic team is an important aspect and it is very significant that it is being launched on this day.

"I am happy to say that our athletes are well prepared for the biggest sporting event and as our Prime Minister has said, the entire country must rally behind our athletes so that they are motivated to give their best at Tokyo.

"I urge every Indian to cheer for the Indian squad."

The kit could be the last designed by Li-Ning as the IOA said last year it was reviewing its deal with the company because of a diplomatic dispute between India and China.

Border disputes in June ended with 20 Indian soldiers being killed, prompting a public backlash in India towards Chinese companies.

Indian athletes have struggled to leave the country for Tokyo 2020 qualification events in recent months owing to the deadly surge of COVID-19 cases the nation has been experiencing.

India has the world's second-largest number of coronavirus infections behind the United States, with total cases in the country standing at more than 28.8 million.

The wave of infections over the past few months sparked a health crisis in India as authorities ran out of beds and crematoriums, but cases have started to decline.