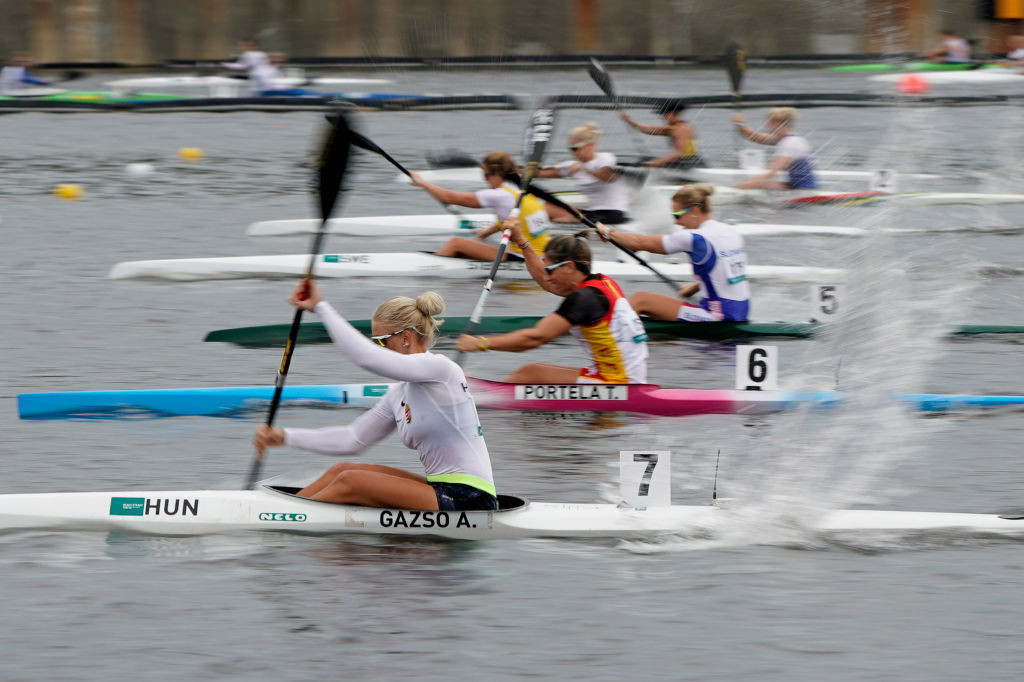 Hungary collected three gold medals on the penultimate day of the European Canoe Sprint Championships in Poznan, Poland - and added another in the incorporated Paracanoe European Championships.

Balint Kopasz, collecting his second gold of the event on the Malta Lake, Alida Gazso and the pairing of Danuta Kozak and Dora Bodonyi, topped the podium in the canoe sprint, while the Paracanoe gold went to youngster Peter Kiss.

Gazso earned the first of the Hungarian golds in the K1 women's 1000m final.

Anamaria Govorčinović from Croatia was second with Mariana Petrušova from Slovakia in third.

Conrad Scheibner from Germany was second and Kirill Shamshurin from Russia was third.

Denmark celebrated gold in the K1 women's 200m through Emma Jorgensen, who was half a second faster than second placed Dora Lucz from Hungary, while local favourite Marta Walczykiewicz won bronze.

Joan Moreno from Spain won the men's C1 200m, where Artsem Kozyr from Belarus was second and Henrikas Zustautas from Lithuania was third.

Liudmyla Luzan and Anastasiia Chetverikova from Ukraine produced the fastest run in women's C2 500m final ahead of Lisa Jahn and Sophie Koch from Germany and Virag Balla and Kincso Takacs from Hungary.

The Italian anthem played in honour of Manfredi Rizza and Andrea Di Liberto, who were unbeatable in the men's K2 200m final, with Arturas Seja and Ignas Navakauskas of Lithuania in second and Yuri Postrigai and Alexander Dyachenko of Russia third.

Ukraine was the most successful nation in the afternoon's paracanoe finals.

It's time for the third competition day at the 2021 ECA Canoe Sprint and Paracanoe European Championships in Poznan. Livestream (will be geoblocked in certain territories due to the TV rights restrictions): https://t.co/1DK8XUJSPJ
*Geoblock: BLR, BEL, CZE, FRA, HUN, SRB, SLO pic.twitter.com/Ecua7JzO94

Mykola Syniuk also retained his title from 2019 in the men's KL2 200m, ahead of Austrian Markus Swoboda and Federico Mancarella of Italy.

Germany were also successful in the women's KL3 and KL2 finals, where Felicia Laberer and Anja Adler were the respective winners.

Hungary’s final gold of the day came through Parakayaker Kiss, who won the men's KL1 200 metres race with Esteban Farias of Italy finishing second and Robert Suba from Hungary third.

The Championships are due to conclude tomorrow.