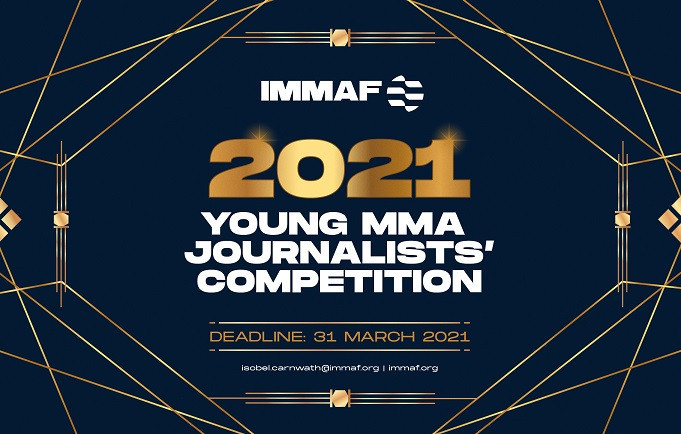 They are joined by Daniyal Nasir of Pakistan, Jasmin Osman of Georgia, Ross Patterson of Scotland and Erik Uebelacker of the United States.

The competition was launched in January and two winners will be given the opportunity to report on the 2021 IMMAF World Championships in Kazakhstan.

They will be mentored by a senior journalist with decades of experience covering elite, international sport, with all costs covered by the IMMAF.

Coverage produced by the winners will be published by the IMMAF, with the competition open to non-professional MMA journalists aged under 27.

"We have been overwhelmed by the calibre of the young journalists who have applied, and it is has been challenging for the first-round judges to arrive at the shortlist," said IMMAF brand and communications director Izzy Carnwath.

"The competitiveness of the final eight is extremely high, and the judges will have close calls to make in determining the ultimate winners.

"We have been genuinely excited by the quality of upcoming talent covering the sport, which promises a bright future for MMA journalism as it continues to grow and with it, hopefully, more professional opportunities."

The shortlisted entries will now pass to the final judging phase, with the winners picked by a panel of journalists by the end of the month.

Entrants will be judged on the quality of their submissions, their demonstrated enthusiasm and their long-term promise and potential.