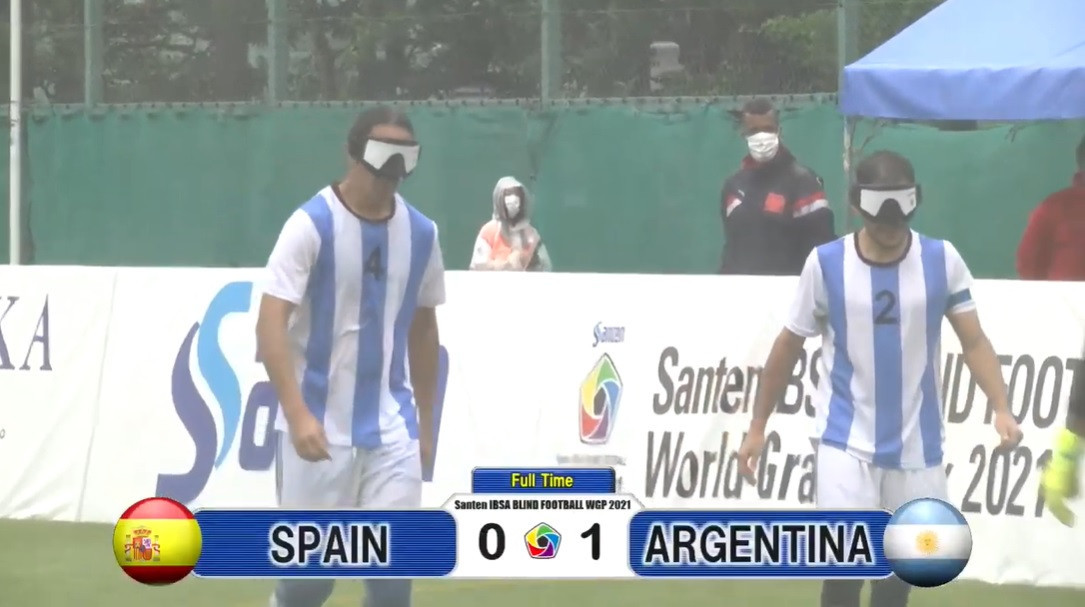 Argentina are set to face Japan in the final of the International Blind Sports Federation (IBSA) Blind Football World Grand Prix after beating Spain 1-0 in their last group match.

Angel Ricardo Deldo Garcia grabbed the winner seven minutes before the end when he slalomed his way through before netting.

The victory means Argentina replace Japan at the top of the standings in the five-team tournament and will meet the host nation in tomorrow’s final in Shinagawa.

Argentina topped the rankings with 10 points - two more than Japan managed - after registering three wins and one draw.

The third-place playoff will see Thailand to take on Spain after they notched their second win of the competition today.

Kittikorn Baodee bagged a hat-trick as Thailand recovered from a slow start to beat winless France 3-1.

France opened the scoring three minutes before the break when Ahmed Tidiane Diakite bundled the ball home after a collision with the goalkeeper.

Thailand responded almost immediately as Baodee drove through the heart of France’s defence before finding the bottom corner.

Baodee got his second at the start of the second half with a cool finish in difficult conditions as the heavens opened.

Thailand’s number nine continued to pose a threat before completing his hat-trick with a superb solo run and strike in the final two minutes.

The Blind Football Grand Prix is the first IBSA-sanctioned competition since November 2019 and features five of the eight qualified teams for Tokyo 2020.

No spectators are at the event as part of organisers’ measures to combat the spread of COVID-19.

Tokyo is under a state of emergency until June 20 because of the pandemic.