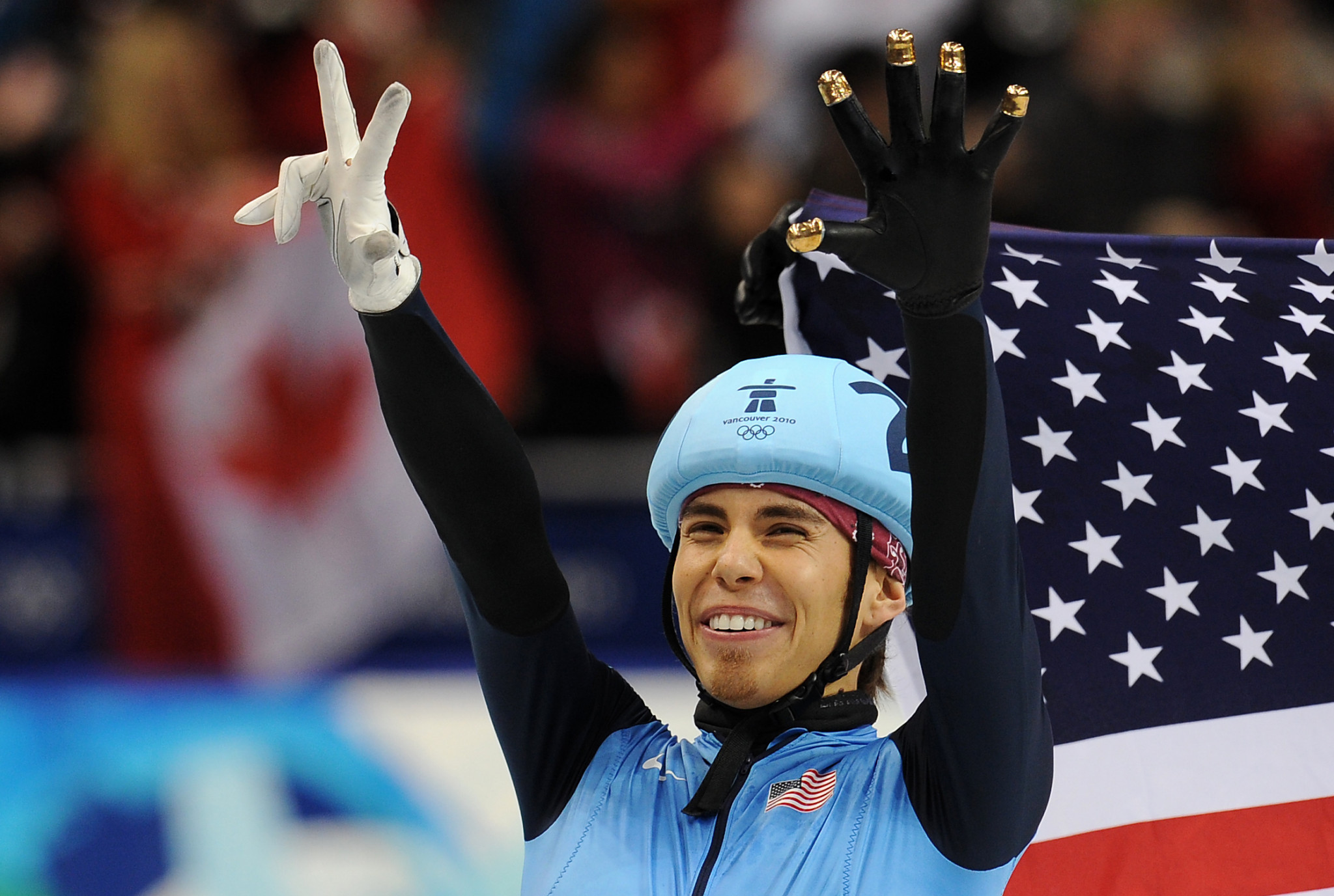 Two-time Olympic speed skating champion Apolo Ohno believes the United States should focus on the "purity of sport" by competing at the Beijing 2022 Winter Olympics and resisting calls for a boycott.

Certain members of the US Congress are calling for the nation to withdraw from the Games over alleged human rights violations in China, while a diplomatic boycott has also been proposed.

But Ohno, who is the country's most decorated Winter Olympian with eight medals, insists the US Olympic team should be allowed to compete in the Chinese capital regardless of political tensions.

"I believe that America as a team should go and represent the absolute best that we can," Ohno, who won gold at Salt Lake City 2002 and Turin 2006, told Fox Business.

"We try to win in every single circumstance and situation.

"My passion for sport to go beyond the borders and the politicised beliefs is something that I hold dearly to my heart.

"I just want to see the purity of sport again.

"We want to see and celebrate and cheer for our country men and women who go and compete, regardless of where the Olympic Games are being held."

The US joined the European Union, Canada and United Kingdom in imposing sanctions on China in March in response to alleged abuses of human rights in Xinjiang.

In response, China issued a series of sanctions.

US Congressman Chris Smith last month urged the International Olympic Committee (IOC) to find a new host city or risk a boycott from the American team.

"To our big corporations, don’t enable or sponsor the 'Genocide Olympics'."

Nancy Pelosi, the US House of Representatives Speaker, has pushed the case for a diplomatic boycott, claiming that global leaders who attended the Games would lose "moral authority".

"What I propose - and join those who are proposing - is a diplomatic boycott," said Pelosi.

"Let's not honour the Chinese Government by having heads of state go to China."

A coalition of Uyghurs, Tibetans, residents of Hong Kong and others also issued a statement calling for a full-blown boycott of Beijing 2022, citing the alleged human rights abuses in China.

However, United States Olympic and Paralympic Committee (USOPC) chief executive Sarah Hirshland said last month that a boycott of Beijing 2022 was "not the solution to geopolitical issues", and the USOPC has consistently rebuffed calls for  boycott.

The IOC has stressed it must be "neutral" and stay out of politics, but critics argue staging the Olympic in China is a tacit endorsement if the Government.

The Beijing 2022 Winter Olympics are scheduled to take place from February 4 to 20 next year.