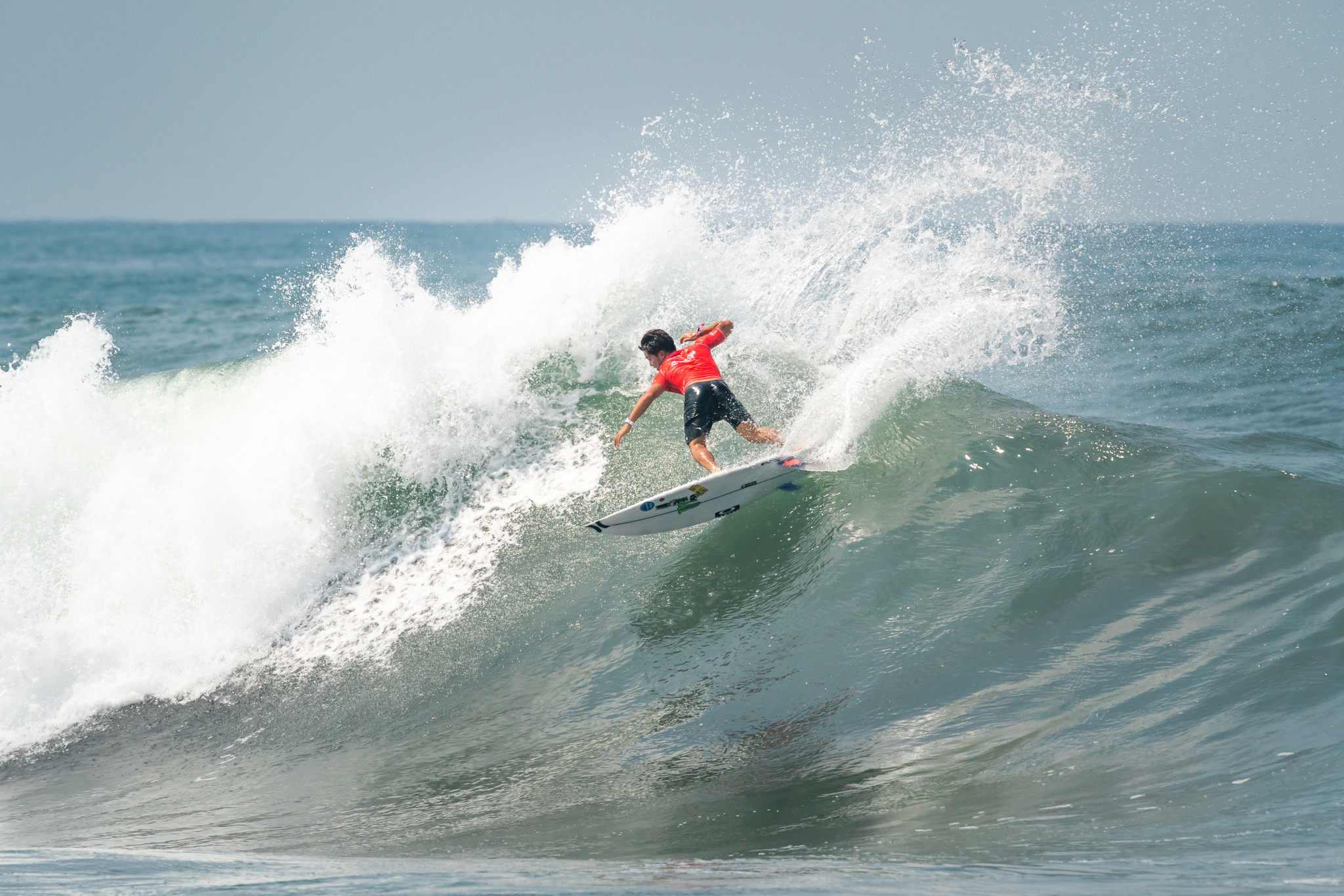 The host nation has already earned the maximum two quota spots in the men's competition at Tokyo 2020, where surfing will make its Olympic debut, and the athletes who won them were among today's winners on La Bocana - one of two waves used for competition at the Surf City venue.

Shun Murakami was in the same heat as Italo Ferreira, the defending champion, but received a two-wave score of 9.93 to narrowly beat the Brazilian.

Ferreira was second on 9.84 so advances, with Britain's Luke Dillon third in the tight heat on 9.73.

Kanoa Igarashi, who like Murakami has already earned Japan an Olympic place, scored 12.88 as he and France's Michel Bourez convincingly came through their heat.

Hiroto Ohhara was the day's other Japanese winner, with a round-leading total of 14.60 from two impressive waves.

Spain's Aritz Aranburu, Portugal's Vasco Ribiero, Alan Cleland of Mexico and Australia's Julian Wilson were among the other heat winners.

The top wave thus far in this year’s @surfcity #ISAWorlds goes to Yolanda Sequeira of Portugal with a 9.6 pic.twitter.com/Sld41chNEo

There were eight third-round heats in the women's event and each was won by a surfer from a different county.

With 15.77 points, Portugal's Yolanda Sequeira earned the day's best score and put herself in a good position to win the nation a first women's Olympic berth.

Peruvian Melanie Giunta was the only winner of a heat not to score in the double figures, not that she will mind.

Competition in El Salvador is due to continue tomorrow, while repechage rounds are also scheduled later today.

More images from today can be viewed here.