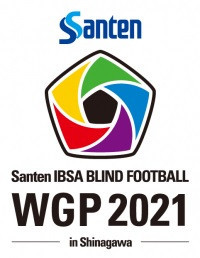 Five of the eight qualified teams for the Tokyo 2020 Paralympics are set to battle it out for the International Blind Sports Federation (IBSA) Blind Football World Grand Prix crown in Shinagawa.

It will be the first IBSA-sanctioned competition since November 2019 and marks the return of blind football to Japan with just under three months to go until the Paralympics are due to open.

World and Paralympic silver medallists Argentina will be vying for a third successive World Grand Prix title in the Tokyo ward.

France, Spain, Thailand and hosts Japan will also feature at the tournament - scheduled to run from tomorrow until June 5 - as they step up their preparations for Tokyo 2020.

Paralympic champions Brazil had been invited by the IBSA to participate at the event along with China and Morocco, but all three teams have decided against travelling.

Since the World Grand Prix started in 2018, Japan have put in strong performances including a notable win over European champions Spain in the group stage of the last edition in 2019.

Three-time winners Argentina are unbeaten at the tournament and will be relying on the likes of Maxi Espinillo, a top scorer and most valuable player from 2019.

Spain are ranked world number three following their European title success in 2019 with a 3-1 victory over France in the final.

Antonio Martin Gaitan finished as the top striker and is expected to be a key player for Spain once again.

Frederic Villeroux was named player of the tournament at France’s last major test in 2019.

Thailand are preparing to make their Paralympic debut in August and will hope Kupan Punyanut is in fine form.

Punyanut was amongst the top 10 scorers at the 2018 World Championships and finished on top of the pile at the Asian Championships in 2019.

Competition is due to start tomorrow with Thailand facing Spain in the opening match before Japan meet France.

Teams will play each other once in a round-robin format with the two best ranked sides contesting the final, scheduled to be held on June 5.

A new rule which will allow teams to temporarily replace a player suspected of concussion is set to be tested at the event after it was approved by the IBSA Football.

There will be no spectators at the event as part of organisers’ measures to combat the spread of COVID-19.

Other measures include all players producing a negative coronavirus test 15 days before travelling to Japan.

"This time, we decided to have no spectator games from the beginning," said organisers in a document which outlines restrictions.

"We have been trying to get as many people as possible to watch the games live, but by having no spectators, we will be able to reduce the move of people and the contact with an unspecified number of people."

Tokyo is under a state of emergency after Japanese Prime Minister Yoshihide Suga agreed to extend the strict measures until June 20 due to rising COVID-19 cases.