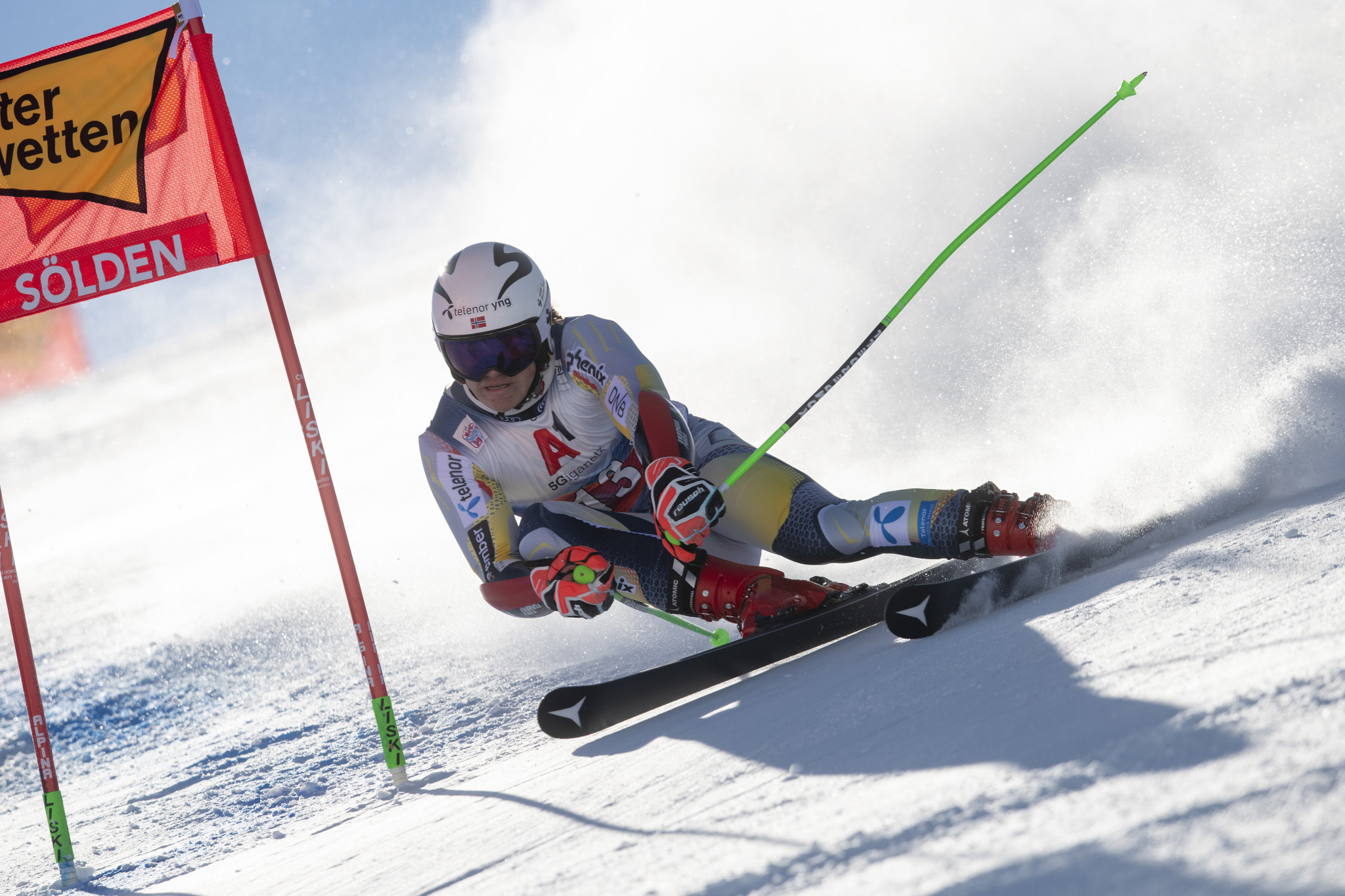 Lucas Braathen says he is more than two months ahead of schedule in his recovery from a knee ligament injury, and is already back on snow.

The 21-year-old won his first Alpine Ski World Cup race in October, triumphing in the giant slalom contest in Sölden, but Braathen's season was cut short by injury.

Braathen clipped a gate in Adelboden on January 8, sending the skier flying and damaging both his knee ligament and kneecap.

However, speaking to Norwegian publication VG, Braathen - who was expected to be out for between seven and eight months - offered a positive update on his health.

Braathen has also tested the left knee inside on artificial snow - two-and-a-half months earlier than expected.

"We had never thought that I would ski today when I was in the hospital bed," Braathen said.

Braathen added that he has "a great team around me" and paid to tribute to other Norwegian Alpine skiers including two-time Olympic champion Aksel Lund Svindal, who has been among those offering guidance.

"His advice on how to deal with an injury situation, that you get a little out of the ski bubble and live a slightly more normal life, has been useful," Braathen told VG.

"You should participate in training and be dedicated, but dare to let go of it a bit since you do not get that ski part anyway."

Braathen underwent surgery in on January 27, so should be fit for the start of the World Cup season on October in Sölden - the scene of his 2020 win - if the rehabilitation timetable outlined can be met.