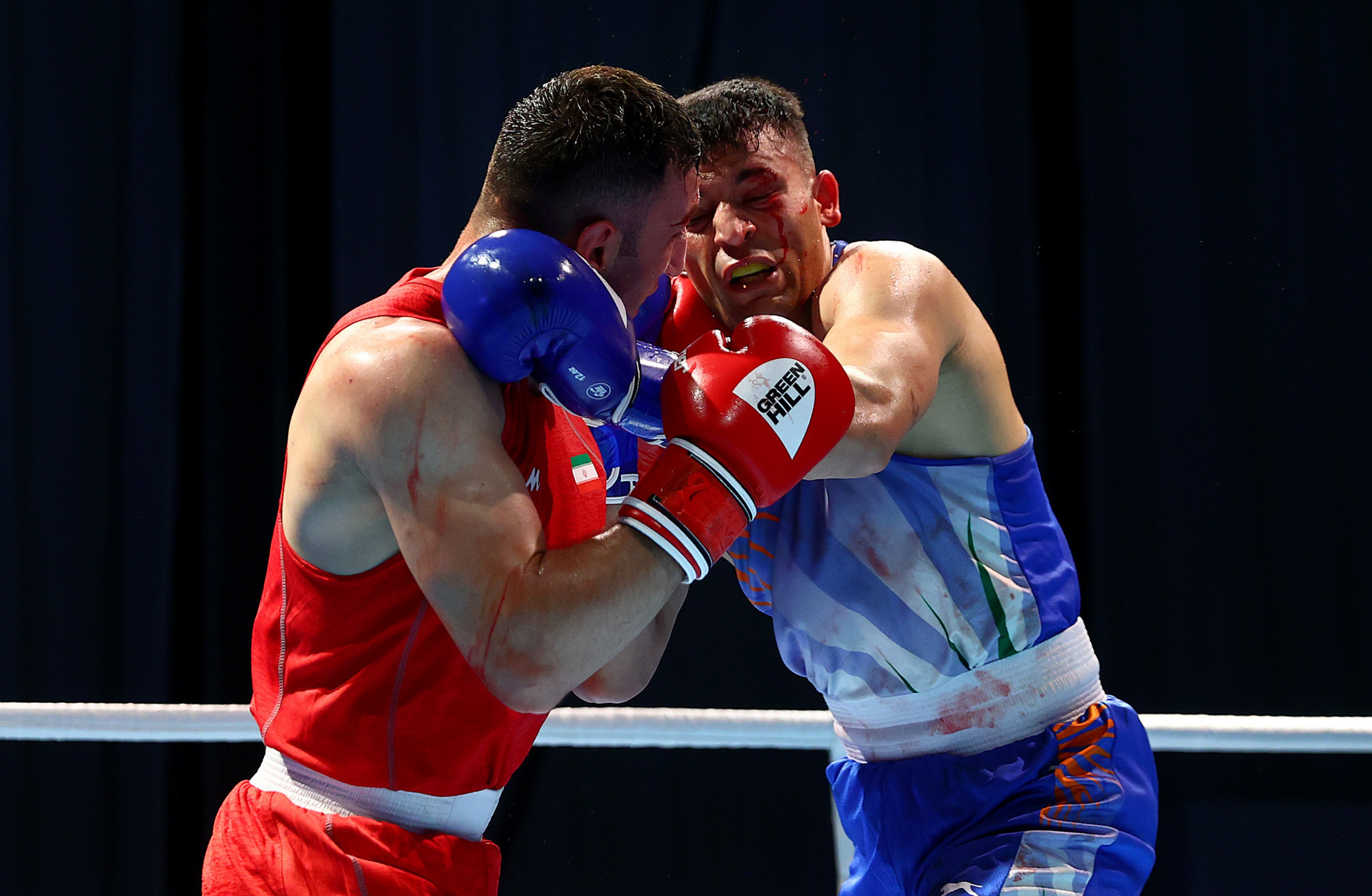 Iranian boxers recorded four wins today, beginning with Omid Ahmadisafa knocking out Kuwait’s Ali Jasim in the opening round in the flyweight category courtesy of a strong right-handed jab.

In the lightweight category, Daniyal Shahbakhsh won narrowly on points 3-2 against Serik Temirzhanov of Kazakhstan.

Afghanistan earned points wins courtesy of Ramish against Marvin Tabamo of the Philippines in the flyweight division and Malikzadah against Bakhtovar Sazigov of Tajikistan in the bantamweight division.

The country’s other winner was Sultan Mohammad who beat Bahrain’s Abdulla Fadhul Hemrat in the light-welterweight division when the referee stopped the contest in the first round.

Tajikistan also secured three wins on the opening day of action including in the middleweight category when Abdumalik Boltaev beat Fahad Alomeiry Waleed of Qatar when their fight was abandoned during the first round.

Boxers from Kyrzgyzstan, Ubekistan, India and the Philippines also won in the opening day’s preliminary bouts at the Grand Ballroom at Le Meridien Hotel in Dubai.

The Asian Championships was originally due to be held in New Delhi before being moved to Dubai due to the COVID-19 crisis in India.

For the first time medallists at the Championships will be awarded prize money by the International Boxing Association.

A total from 150 boxers from 17 countries are participating in the event, which is due to conclude on May 30.