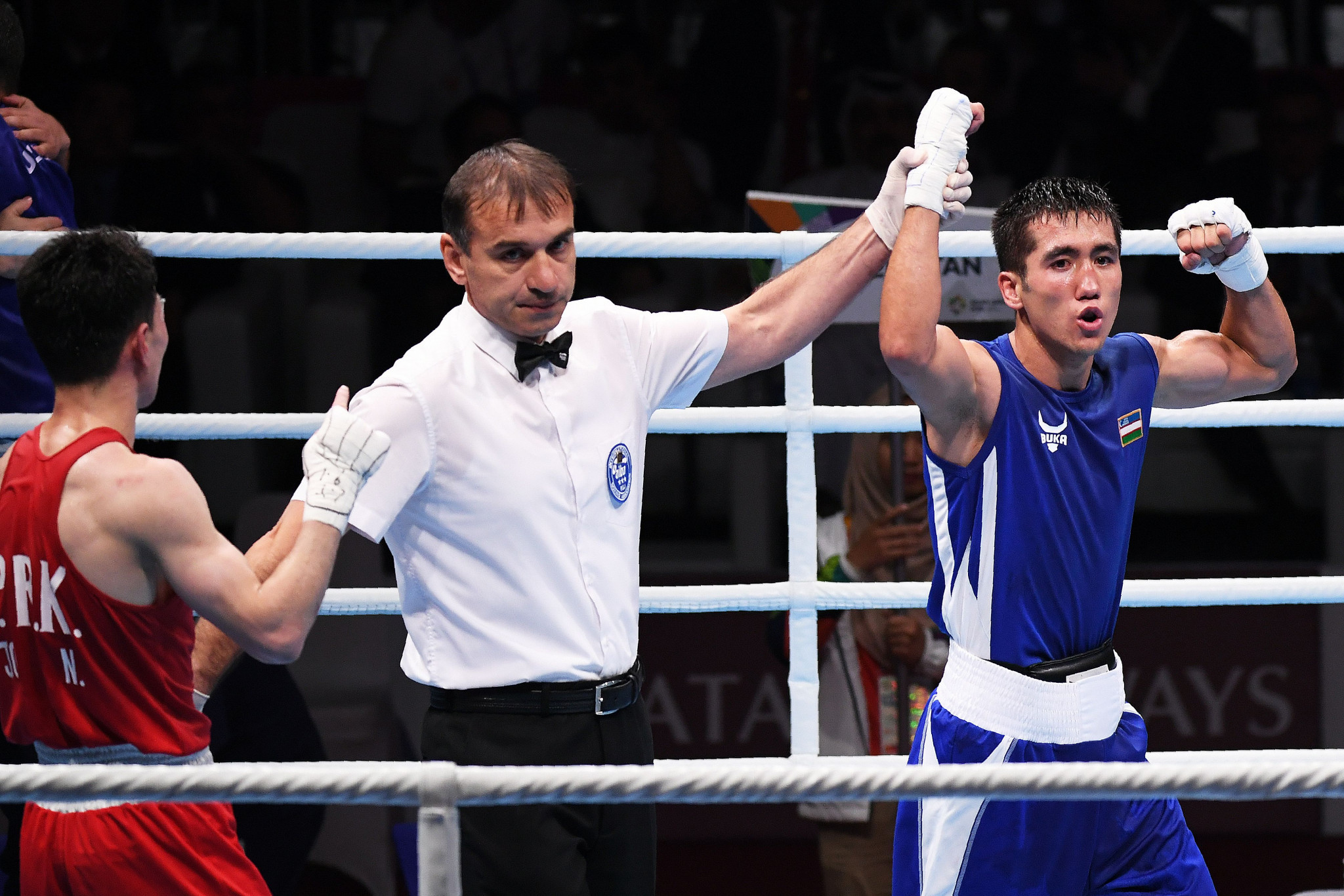 International Boxing Association (AIBA) President Umar Kremlev has warned referees and judges that they will face a "lifetime" ban should they violate "strict" rules set out by the organisation.

Kremlev has issued the frank warning to those officiating at the upcoming Asian Boxing Confederation (ASBC) Elite Boxing Championships in Dubai in the United Arab Emirates.

A total of 150 boxers from 17 countries are set to compete in the tournament, scheduled to run from tomorrow until June 1.

Kremlev met with referees and judges who will be working at the event and called for honesty and transparency.

"AIBA will help every member of its family including referees and judges," said Kremlev.

"You are part of the world of boxing, of our family.

"You are leading one of the main directions of our sport, and you should be dedicated to strict AIBA rules and never violate it.

"The strongest should win.

"If you become AIBA referees and judges, you defend all athletes and represent the honesty, not one single country.

"Should I hear about some violation, we will exclude [the referee or judge] for a lifetime.

"Today we have got to fight for total honesty, we will [bid] farewell to all who are not in our team.

"We will also not allow anyone [to] accuse our referees and judges of misjudging.

One punch! Which countries have the toughest boxers? Write your top-3 in the comments ?

⏰ The first competition day of the ASBC Asian Men’s & Women’s Elite Boxing Championships is May 24 and the finals are scheduled for May 31.#AIBA #ASBC #boxing pic.twitter.com/XzWPiyqNn7

"We are reforming referees and judges and scoring system.

"The new uniform for referees and judges will be presented.

"We will create courses on each national language."

Judging controversies was one of the reasons highlighted by the International Olympic Committee when it stripped AIBA of its Olympic status in June 2019.

All 36 of boxing's referees and judges at Rio 2016 were suspended following suspicious results.

AIBA secretary general Istvàn Kovàcs also emphasised the responsibilities the referees and judges were carrying heading into the Asian Championships.

"Millions of kids are dreaming to become a champion," said Kovàcs.

"You are judging these kids, it is a huge responsibility.

"You are our best referees and judges, you work with the best athletes.

"All is in your hands.

"We will show zero tolerance, if someone [is] judging not fairly.

"One mistake can ruin a whole career.

"We trust you and you can trust us.

"We have started to write a new chapter of our history."

Chris Roberts, chairman of AIBA’s Referees and Judges Committee, said they were working with the Coaches Committee to improve the organisation’s technical and competition rules.

The Asian Championships was originally due to be held in New Delhi before being moved to Dubai due to the COVID-19 crisis in India.

It will be the second time in the event’s 58-year history that women will participate along with men after making their bow at the 2019 edition in Thailand.

Female boxers can compete in 10 categories ranging from 48-kilogram to over 81kg, while the men can participate in 10 divisions from 49kg up to over 91kg.

India’s hopes will rest on Mary Kom, a six-time world champion and Commonwealth Games gold medallist as she will compete in the 51kg class.

Uzbekistan has arrived in Dubai with a big delegation including defending world champions Shakhobiddin Zoirov, Mirazizbek Mirzakhalilov and Bakhodir Jalolov.