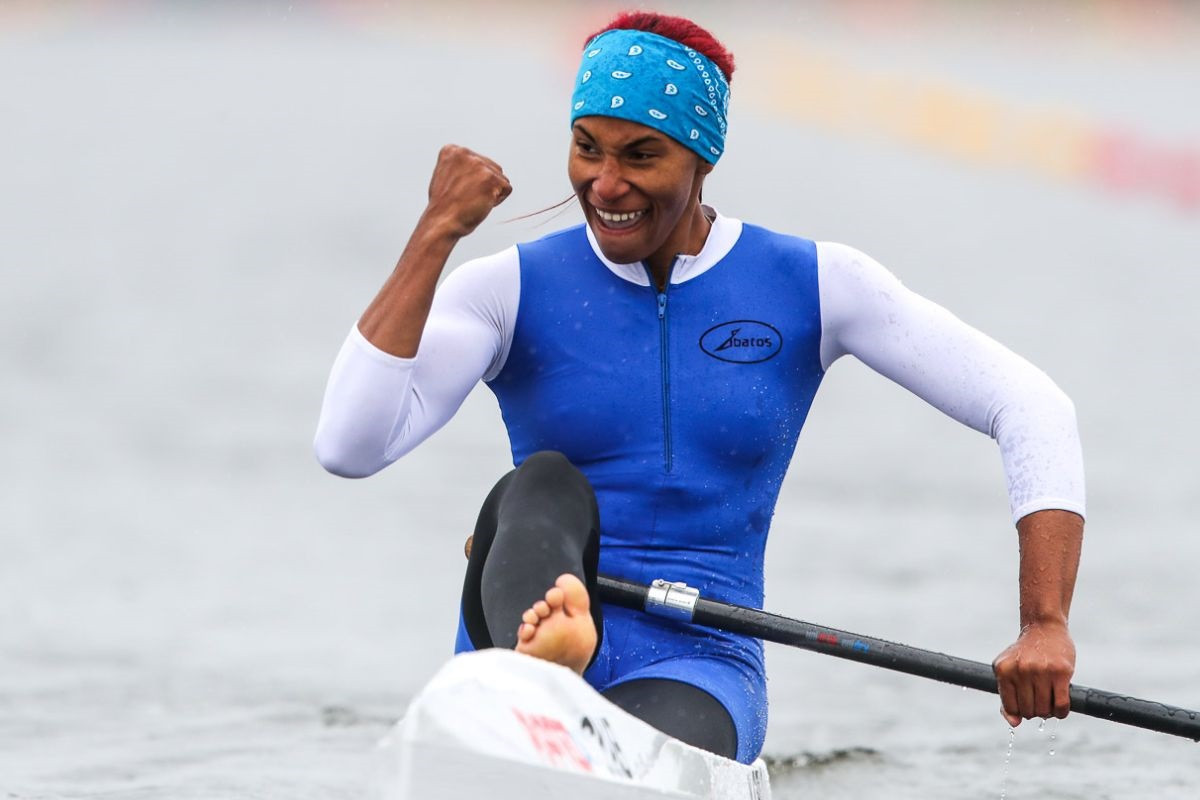 There were also wins for Norway, the Czech Republic, China, Lithuania and host nation Russia as several Tokyo-bound athletes continued their preparations ahead of this year’s Olympic Games.

And the duo celebrated more success when they raced to victory in Barnaul in a time of 1min 50.279sec as Argentina and Mexico had to settle for silver and bronze respectively.

"Tokyo will be my second Olympics, but my first one with Vicki in the K2, she is my best friend, so I can’t wait to be racing there," Lehaci said.

"We didn’t expect at all that we would get a quota before the qualifiers, it was a big relief, we were so relaxed. Now we are just trying to improve our K2, and we will see what comes out of Tokyo."

There was double delight for Schwarz, who won gold in the women’s K1 200m despite not having contested the event internationally for three years.

Cuba joined Austria with two titles when they chalked up impressive wins in the women’s C1 200m and the men’s C1 1,000m.

Yarisleidis Cirilo Duboys will be part of history when women’s sprint canoeing makes its Olympic debut in Tokyo, and she showed she is a genuine medal prospect with victory in the C1 200m in 48.736.

"It was very hard mentally because there was a lot of emotions, a lot of people congratulating me for winning the ticket for my country," Maldonis said.

"There was so many of them I couldn’t respond.

China’s Dong Zhang, who earned an Olympic quota in the men’s K1 1,000m yesterday, followed up that success by topping the podium today after clocking 3:42.057.

In the non-Olympic events, Russia’s Zakhar Petrov and Kirill Romanov gave local fans reason to cheer in the cold weather with a win in the men’s C2 500m, while Czech Jakub Zavrel won the men’s K1 500m.

Norwegian Maria Virik backed up her K1 1,000 World Cup gold in Szeged last week with gold in today’s tough racing conditions, the biggest win of her career so far.

"1,000 metres is always very hard, and you have to work with yourself over the last parts," Virik said.

"I felt a bit tired today after the Olympic qualifications yesterday.

"I’m learning how to race the 1000 metres every time, because sometimes I do something wrong, and I learn."

The Canoe Sprint World Cup event is due to conclude tomorrow.